Who made the Holy Spirit go away?! - Don't have such a low view of God! 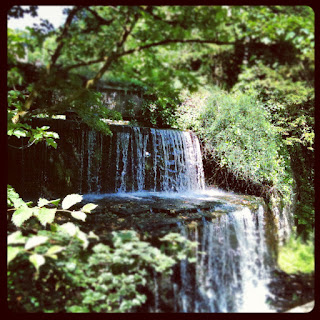 One of the worst things that's ever been said to me is also one of the most hilarious. Hilarious, because it's such a ridiculous notion. Deeply sad, because it shows such a low view of the Triune God.

I had been a pastor for a whole 3 or 4 weeks when one Sunday evening at the end of the service someone came up to me, and in an attempted polite conversation with the new pastor, informed me that, since I had come, the Holy Spirit had gone away!

Why do I bring this up? Not to look for sympathy for the poor pastor or highlight a particular incident, but rather because I fear it points to something a lot more widespread - a serious underestimation of who our God is.

If we are only looking for the gifts, then perhaps we miss the presence of the Giver. Again and again in John's gospel, people saw the miracles that Jesus performed, yet they missed the reality of who Jesus is. The day after feeding the five thousand, Jesus points out to the crowd when they chase Him to the other side of the lake: 'Most assuredly, I say to you, you seek Me, not because you saw the signs, but because you ate of the loaves and were filled' (John 6:26). They saw the miracle, but missed Jesus!

Now, I don't know what exactly the person who told me I had made the Holy Spirit go away was looking for as evidence of the Spirit's presence. (They didn't actually mention gifts or miracles.) But what I do know is that what they said didn't make any sense at all.

Just think about it for a moment. If I made the Holy Spirit go away from the church, then that would make me more powerful than the gates of hell! After all, without the Holy Spirit uniting us to Christ and one another there is no church. So if the Holy Spirit had left, it wouldn't be a church anymore.

But, even worse than that, it would also make me more powerful than the Holy Spirit. If I could manage to drive God the Holy Spirit out of His Church, what would that say about His power?

Now you see how ridiculous this idea is getting! If I can make the Holy Spirit leave the church which is united to Christ by the Spirit, then that means power over not only the Spirit, but the Father and the Son as well! Which is, of course, impossible.

The Spirit 'bloweth where it listeth' (John 3:8 KJV), so I can't limit that. Christ is Head of the Church, and I can't throw Him out of it. The Father promises to draw near to those who draw near to Him (James 4:8), and I can't make Him turn His back on them.

So such an idea implies a terribly low view of the Triune God. Which brings me back to the gifts and miracles again. If we limit our thinking about the Spirit to gifts and miracles, then the danger is that we start to think of the Spirit as an effect of God, rather than as the LORD Himself. We can end up almost equating the Spirit of God with mere power.

We might not always see the dramatic effects of the Spirit's presence, because sometimes, often in fact, the effects of His presence are quiet, gradual, and might only be seen in hindsight. After all, it's fruit that the Holy Spirit cultivates, not fast-food!

So, let's not confuse dramatic effects (or anything else for that matter) with the Spirit Himself. Let's guard against such a low view of the Triune God and instead rejoice in the One who's at work even when we don't notice.

Glory be to the Father, and to the Son, and to the Holy Spirit; as it was in the beginning, is now and ever shall be. Amen.
Labels: Holy Spirit Jesus ministry Trinity