The Forgotten Test?: On Prophecy in the Church & Jesus 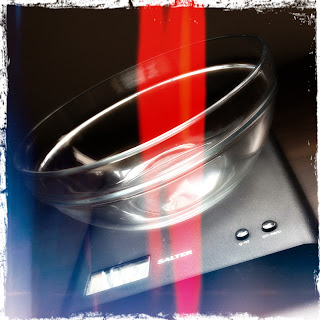 The Bible is very clear that we're not to simply accept that a supposed prophecy is from God without testing it. In fact, this warning comes multiple times in the New Testament.

1 John 4:1 'Beloved, do not believe every spirit, but test the spirits, whether they are of God; because many false prophets have gone out into the world.'

1 Corinthians 14:29 'Let two or three prophets speak, and let the others judge.'

1 Thessalonians 5:20-22 'Do not despise prophecies. Test all things; hold fast what is good. Abstain from every form of evil.'


A church cannot be biblically pentecostal/charismatic without testing prophecies! So then, how do we test prophecies? Well, normally we're quite good at applying one test to the prophetic words which are brought in our churches: Does it agree with Scripture?


Clearly the Holy Spirit who inspired the Scriptures won't inspire prophecy that contradicts Scripture. We're clear that Scripture is the highest authority by which everything else should be tested.


But is that all that there is to testing prophecy? What about when prophecy doesn't contradict Scripture, but doesn't really contain anything directly supported by Scripture either (which, to be fair, probably accounts for a good proportion of the prophecy we hear)? Is non-contradiction of Scripture a sufficient test?

There's quite a big difference between 'this prophecy doesn't contradict Scripture' and 'this prophecy is a word from God'. So how can we move from the former to the latter? In Ezekiel 13:10-16 God sends Ezekiel to prophesy against the false prophets. The false prophets were prophesying 'Peace'. Now, some could have judged that and thought it sounded biblical. Hadn't God promised 'peace in the land' (Leviticus 26:6)? These prophecies of the false prophets could have been judged as not contradicting Scripture (although, in reality that would have been to misinterpret the Scriptures, particularly in light of the Scriptural proclamation of Isaiah), and yet they were far from the Word of the LORD.

So, non-contradiction of our knowledge or understanding of Scripture isn't enough to give us the positive knowledge that a prophecy is indeed the Word of the LORD.

So what other test does Scripture propose? I think Revelation 19:10 shows us the way forward: 'For the testimony of Jesus is the spirit of prophecy.' True prophecy testifies to Christ (just like true preaching). So surely then an important test of anything that purports to be prophecy is to ask if it testifies to Christ.


That then gives us a double test for prophetic words: 1) Does it agree with Scripture? 2) Does it testify to Christ?


And the original Scripture test bears on the testimony to Christ test. For prophecy that speaks of 'Christ' is not sufficient to meet the tests. It must be the Christ of the Scriptures to whom the prophecy points (cf. 2 Corinthians 11:3-4).


So then, if a prophecy points to Christ in conformity with the Scriptures, then it will definitely accomplish its purpose of edification, exhortation and comfort (1 Corinthians 14:3). For the true edification, exhortation and comfort aren't found in how challenging the words are, but in the Christ who speaks through them and to whom they point.
Labels: Apostolic Church Gifts of the Spirit Holy Spirit Jesus Pentecostal prophetic