Where's the Glory? - Doubly Present, But Perhaps Not Where You'd Expect 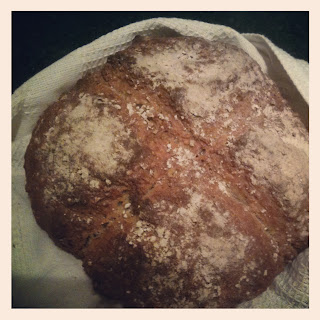 The Glory of the Lord is a wonderful thing. And it's something that God's people often want to see. But where do we expect to find this glory? How do we recognise the glory of the Lord?

The people of Israel in the Old Testament saw the glory of the Lord. On their way from Egypt to Sinai they encountered His glory. Only, on the that particular occasion, they weren't looking for His glory at all.

No, the children of Israel were moaning and complaining against the LORD. 'Oh, that we had died by the hand of the Lord in the land of Egypt, when we sat by the pots of meat and when we ate bread to the full!' (Exodus 16:3), they groaned.

And God heard their groaning, and God responded to their complaint. But He didn't respond in wrath. He didn't respond with punishment for their murmuring. They were questioning the God who had parted the Red Sea for them, who had crushed Pharaoh's armies for them, who turned the bitter waters sweet for them. They had had so much gracious revelation from Him, and yet they were grumbling against Him. They had experienced His deliverance, and yet they were talking of their preference for their years of slavery.

And what did God do? Instead of chastising them for their ungratefulness, He showed them more grace.

And the Lord spoke to Moses, saying, “I have heard the complaints of the children of Israel. Speak to them, saying, ‘At twilight you shall eat meat, and in the morning you shall be filled with bread. And you shall know that I am the Lord your God.’” (Exodus 16:11-12)

He promises meat and bread, but more than that, He promises revelation. 'And you shall know that I am the Lord your God.' When they were complaining against God, He gave them blessings they didn't deserve - that's grace. And by showing them grace, He revealed Himself to them: the One who was their God was the God of grace and love.

Yet, the passage goes further. It tells us that God showed them His Glory. Grace and Glory both! Great!

And not just glory, but double glory! First, Moses and Aaron tell the Israelites, 'At evening you shall know that the Lord has brought you out of the land of Egypt. And in the morning you shall see the glory of the Lord' (Exodus 16:6-7). They're promised God's glory in the morning. What an amazing promise! Surely that was a morning to look forward to.

But, before they even get as far as the morning, God reveals His glory: 'Now it came to pass, as Aaron spoke to the whole congregation of the children of Israel, that they looked toward the wilderness, and behold, the glory of the Lord appeared in the cloud.' (Exodus 16:10)

That means two revelations of God's Glory to the children of Israel in Exodus 16. A grumbling people get to see God's Glory twice. God is exceedingly gracious to His wayward people.

But how do they see His Glory? What sort of experience do they have? How can we get what they got?

There wasn't one, universal, objective feeling felt by the whole of the people of Israel. Different Israelites no doubt felt differently. Moses didn't demand that they all feel the same way, and neither did God.

Feelings, then, aren't the key to experiencing the Glory of the Lord. Yes, no doubt, we will feel something when we behold His Glory; but what we will feel isn't prescribed. How we feel has to do with how we respond to God's revelation of His Glory.

So if feelings aren't what determine the revelation of the Glory of the Lord, what is? Well, let's look at this double revelation of God's Glory and see.

In the first revelation (v10) the people look, the glory of the Lord appeared, and then what happened? Moses prophesied (Exodus 16:11-12). When God revealed His Glory, the Word of the Lord was heard!


What's so glorious about seeing bread. Granted, it was a miracle, but God hadn't just said they would see a glorious miracle, but that they would see His Glory. And that's what they did see. For they saw not simply bread, but 'the Bread which came down from Heaven' (John 6:41). God revealed His Glory in the bread as 'the Bread of Life' (John 6:35). In seeing the Bread which comes down from Heaven to give life, they see the Glory of the Lord.

But if we want to see Jesus, where are we to look? Well, the same two places as the children of Israel - Word and Bread. God calls us to come together as His people to worship in the presence of Christ, and when we do, He's given us two main aspects to our worship - Word and Sacrament. As we gather on a Sunday, we gather to hear the proclamation of Christ the Living Word in His written Word, and to feed upon Christ the Bread of Life in the Breaking of Bread.