The Great Gospel Mystery of Marriage: Why sins against marriage are attacks on the Gospel 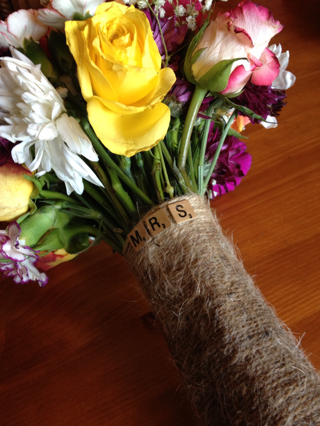 This week I've spent a good deal of time thinking about marriage. (And no, before anyone asks, not about getting married, but about marriage in the abstract.) You see, one of my tasks this week was to draft a statement of the doctrinal position of the Apostolic Church on marriage, which, naturally enough, required a bit of thought about marriage. Anyway, the draft has been sent off to committee now to make its way to May Council, but writing it has forced me to think theologically about marriage. You see, generally I, and probably most other pastors, tend to think about marriage pastorally. We help people prepare for marriage, we marry people, we pray for marriages, and we sometimes get called in for pastoral help when things aren't going well. So those are the sort of practical, pastoral things we tend to think about when it comes to marriage.

But the Bible takes rather a different approach. Yes, there's practical and pastoral stuff in there about marriage, but the Bible doesn't simply treat marriage in functional terms. Right at the centre of the Bible's teaching on marriage is the gospel - for marriage is a great mystery which speaks to us of the self-giving, sacrificial love of Christ for His Bride, the Church (Ephesians 5:22-33). Marriage is not just a practical subject. It doesn't only raise pastoral concerns. Rather, marriage is rooted in and ever points us to the gospel. And so that means that sins against marriage are actually attacks upon the gospel.

How does that work? Well, lets' take an example and see. Adultery is a sin. That's clear from the 10 Commandments. But when we see that marriage points us to Christ and the gospel, we can see a very big reason why adultery is such a serious sin. Yes, adultery hurts people and can destroy lives, but even if no one is hurt and no lives are destroyed, even if it were with express permission of the spouse, adultery would still be a sin, for all adultery is, above all, a sin against God (Psalm 51:4). So, the seriousness of the sin of adultery is found, not in the extent of its effect upon other people (which could vary), but in the fact that it is a sin against God, by being a sin against marriage, which is God's covenant (Proverbs 2:17).

And this sin against God's covenant of marriage in adultery is such a serious sin against God, because marriage is a great mystery that speaks to us of Christ and His Church. Adultery attacks the exclusive fidelity of marriage, and so it attacks the Gospel picture given to us in the holy mystery of marriage of Christ as the exclusively faithful Bridegroom who gives Himself for His Bride and of the Church as the faithful recipient of Christ's great love. Adultery attacks the picture of the fidelity of Christ to His Church and the fidelity of the Church to her heavenly Bridegroom. And so adultery slanders Christ and His gospel.

Now, that's not to undermine the pain and suffering caused by adultery in any way, but rather to elevate it. For we are not left alone in our pain and suffering when our marriages are sinned against, but instead we are connected to Jesus, for when God's children by grace and adoption are sinned against in their marriages, God's natural Son is attacked and His Gospel blasphemed.

God doesn't just tell us what to do or what not to do in marriage, saying 'Just because'. His framework for marriage is not arbitrary, but rather it is rooted in the gospel.  The Gospel is the reason that husbands are to love their wives (as Christ gave himself in love for His Bride) and wives are to submit to their husbands (as the Church submits to Christ and gladly receives His love, protection and care).

'This is a great mystery, but I speak concerning Christ and the Church' (Ephesians 5:32).
Labels: gospel Jesus marriage theology union with Christ