Law, Gospel and the Good Samaritan 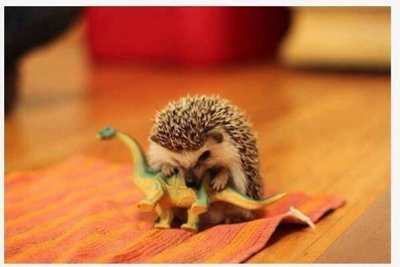 To be fair, we don't need an awful lot of encouragement to do so, for the expression 'good samartian' has become such a part of our language and culture, that it would be really odd not to see ouIrselves as the 'good samaritan.' After all, charities and hospitals are named after the good samaritan. Everyone in this country knows what a good samaritan is - a good helpful person, the sort of person we should all be! And so we all instinctively 'know' that the message of the parable of the Good Samaritan is:


Don't be a nasty priest or Levite - Be a Good Samaritan instead!

But, as much as that 'meaning' for the parable might be ingrained in us in 21st Century British culture, is it at all what Jesus was saying?

In Luke's Gospel, the Good Samaritan isn't a parable without a context (Luke 10:25-37). We're told why Jesus tells this parable and we're told the events that surround it. Jesus tells the parable in response to the question, 'Who is my neighbour?', a question that still normally goes along with the parable in its retelling. But often in the retelling, Jesus' answer to the question, as well as the fact that this is just a follow-up question in a wider conversation, seems to get left out or muddled up. You see, Jesus' answer to the question tells the questioner, not only who his neighbour is, but also who he is in the story - who we are in the story. And, sorry to disappoint, but Jesus tells the man, and us, that we're not the Good Samaritan. You see, in all our eliminating of possible characters to identify with, we forgot one - the very one we're actually supposed to identify with: the man who was beaten and left for dead. And that's exactly who Jesus says we're supposed to identify with. Just compare the lawyers' question in verse 29 - 'And who is my neighbour?' - with Jesus' question at the end of the parable in verse 36 - 'So which of these three do you think was neighbour to him who fell among the thieves?'. The lawyer is talking about his own neighbour, and Jesus talks about the man who fell among the thieves' neighbour - in other words the lawyer (and, by extension, us as the audience) is the man who fell among the thieves!

So this lawyer asks who his neighbour is, and Jesus tells him a story about how he is a beaten-up man left for dead! What's going on? Well, the answer is in the context. You see, we can't really interpret this parable to mean 'Don't be a nasty priest or Levite - Be a Good Samaritan instead', without violently wrenching it out of its context. So what is the context? It's that the lawyer asks Jesus two questions, not just one. Asking about his neighbour is only a follow-up question to his first question about how to inherit eternal life.

The lawyer tries to trick Jesus with a question about eternal life, but Jesus surprises him by not surprising him, and answers like any good lawyer would, by pointing the lawyer to the Law of God. And then suddenly the lawyer feels the need to justify himself (v.29). He hears the Law, and when he does, it shows him his guilt. And he thinks the way to get round his guilt is for Jesus to lower the bar of the Law. But that's not what he needs at all. What he really needs is for Jesus to speak a second word to him - a Gospel Word. And that's what Jesus does in the parable of the Good Samaritan.

You see, the parable isn't about how we're supposed to be wonderful Good Samaritans. It's about how we're like the beaten-up man. We've been crushed, wounded and left for dead by sin. But there is a true Good Samaritan - One who was despised and rejected by men, yet who comes to save His helpless enemies, and He's the One who's standing right there telling the parable.


Jesus is the true Good Samaritan!

Anyway, if you want to hear a bit more about how Jesus speaks his two words of Law and Gospel to this lawyer, how Jesus is the true Good Samaritan, or how the parable is pretty much Jesus preaching on Hosea 6:1-2, then here's a sermon from Swansea on Sunday on the Good Samaritan.
Labels: gospel Jesus law and gospel New Testament parables sermon