The Gospel of the Loving Father and His Two Lost Sons 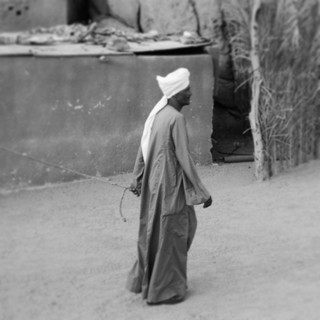 What's the Prodigal Son about? The parable of the prodigal son is about a prodigal son, right? Well, maybe not. In fact, actually not; for, despite the title that gets put at the top of the page in many of our English translations, Jesus himself tells us that it isn't about a prodigal son. How does He start off the parable? 'A certain man had two sons' (Luke 15:11). Not one son, but two sons. And, what's more, not just about two sons, and not even mainly about two sons. The main character here isn't either son, nor is it a tag-team of the two sons; the main character in this story is the father. 'A certain man had two sons.' The 'certain man' is the one the story is about.

Now, this father has two sons. A good son and a bad son, right? No, definitely not. A nice, obedient, respectful son, and a horrible brat? Still no! Both his sons are horrible. They're each horrible in different ways - each according to his own style, but both of them essentially want their father to drop dead. They couldn't care less about him; all they want is his stuff. The younger son comes right out and says it, but his big brother wants the same thing. He doesn't tell his brother how atrociously he's behaving. He doesn't try to mend the rift. But what he does do is willingly take his share of the cash, for we're told that the father 'divided TO THEM his livelihood' (Luke 15:12). Not to him - not just to the younger son - but to both of them. The elder brother just sat back and let his father divide up his estate. He just calmly collected his inheritance along with his wee brother. He might not have come out and said it to his father's face, but he silently joins his brother in saying: 'Dad, we don't want you, we just want your stuff.' In other words: 'Drop dead dad!'

So this is a parable about a father and his two lost sons. But while what we learn about the sons is their lostness, what we learn about the father is his great love. When the younger son comes up with a cunning plan of sham-repentance to try and get even more money out of his father, he doesn't even get a chance to put across his proposal, for his father runs out to him while he's still a long way off, filled with compassion, and falls on his neck and kisses him (Luke 15:20). The last time he saw his father he effectively told him to drop dead, and for all his father knows he could be on his way back now to finish the job off, yet in his great love he runs out to his son and welcomes him home, granting him, not a job to get some money, but the full status of sonship back in the family. And the father's kindness leads the lost son to repentance in his father's arms.

But what about his second lost son? He hasn't gone away. He's right there in the field. But even though he's so close, he's still not with the father. He even needs the servants to tell him what his father's up to. His relationship is just as broken, even if it's not separated by so many miles.

And when he finds out that his father has welcomed back his younger brother into the family, he has a meltdown. Right in the middle of the party his father is throwing for the entire village, he decides to explode. And once again, the father, in his great love, takes the initiative. The father comes out from the party and pleads with his son.

The father in the parable does everything to bring his sons home. He goes out to them. He pays the cost. He offers them forgiveness, peace and reconciliation as a gift. And that's what Jesus has done for us. He's come out to us, by coming into this world to live and die in our place. He's paid the cost by taking our punishment upon Himself at the Cross. And He freely offers us forgiveness, peace, and reconciliation as a gift.

So, don't be like the elder son, too proud of your own goodness and accomplishments to accept Jesus' extravagant love. Be like the younger son, and let Jesus overwhelm you with His loving embrace!

[P.S. If you want to hear more of the Gospel of the Loving Father and His Two Lost Sons, here's a recent sermon you can listen to.]
Labels: gospel Jesus New Testament parables