What the Parable of the Talents is Really About (Hint: It isn't our talents!) 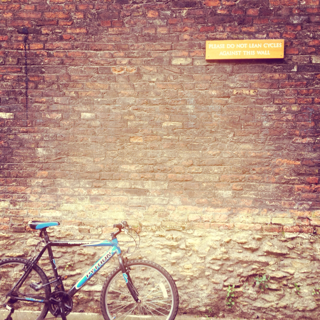 Jesus told a parable in Matthew 25:14-30 from which we get our English word talent. We get our word from it, because Jesus uses the word talent. But Jesus was talking about an amount of money, not how naturally skillful people are. And in fact, even though Jesus uses the word talent, and we tend to call it the parable of the talents, the heart of the story isn't really what people do or don't do with the talents, but something else altogether.

And it's important that we see that. For the servant who doesn't make use of his talent (which, let's remember, is 6000 denarii, or about 20 years' pay, not an ability or skill!) is cast 'into the outer darkness [where] there will be weeping and gnashing of teeth' (Matt. 25:30). If this was a story centred on what people do or don't do with their abilities and skills, that would mean this man got sent to hell for not making good enough use of his abilities! And that would make salvation depend on us instead of Jesus. So, this parable is about something much more serious than how we use our talents.

So, if it's not about what we do with our abilities and skills, what is the parable about? It's about the relationship. The thing that makes all the difference in this parable is how the servants think of their master. This is a man who, going away for a really long time, entrusts ridiculous amounts of money to his servants. 5, 2, and 1 talents means 100, 40, and 20 years' salary! And he's not just giving them a bit of cash. He delivers His goods to them (v.14). The man entrusts all that he has to these servants and gives them full use of all his wealth. He doesn't have to, but he freely chooses to. So, this man is a generous, benevolent, gracious master.

And how do the servants relate to this generous, benevolent, gracious master? In two completely different ways. The first two immediately run out to trade their money and end up making lots more. And maybe at that point you might be tempted to make it all about their works and their efforts; but what's key here isn't so much what they do, but the attitude with which they do it. (And we see that really clearly when the master comes back).

When the master comes back, they don't start moaning that all their trading fun has come to an end. No! Just as joyfully as they had run out with the money to trade, they now joyfully run back in to their master's presence to present it to him. And they both say the same thing. They're like little children, excitedly running in to see their daddy and show him what they've got!

The first two servants see that their master is loving and generous, and so that's how they relate to him. They take joy in him, like little children.

But the third servant reacts a bit differently. Instead of running out in joyful excitement, he skulks out to bury his talent. He hides the rich generosity that his master has entrusted to him. (The other two would have had to tell everyone about it, otherwise the traders would have been very suspicious about where they got such unimaginable sums of money from.) Why does he act like that? Because of how he views his master:

Is that really what the master's like? Of course not! This is the man who has delivered all his goods to his servants, who freely gave them huge sums of cash - 100, 40 and 20 years' pay - and, just in case you're still in any doubt, verse 28 shows us that the servants got to keep all the money! He's not a greedy grasping master!

So, the third servant bought into a lie about his master, and that's what made the difference between him and the other two. That means, ultimately, the most important thing in this parable isn't what they do with the money, but how they see the master. The difference between the servants all comes down to faith.

And the master, of course, represents Jesus. So the big question this parable poses isn't 'what will you do with your talents/skills/abilities?', but rather, 'how do you see Jesus?' Don't think he's mean, ignore him, and bury his gospel, out of sight and out of mind. Instead, see him as he really is. See His great loving kindness, His abundant generosity, and His marvellous grace.

For some more on the Gospel of the Talents, here's a sermon you can have a listen to.
Labels: gospel Jesus New Testament parables