Reflections After the Tony Anthony Incident 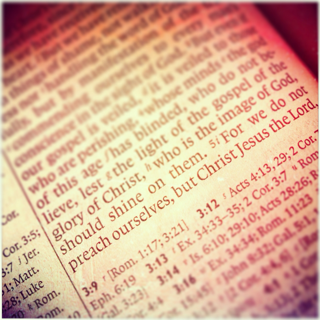 I was really saddened to read the reports about Tony Anthony over the weekend. (Evangelical Alliance Statement here. Fuller report on Ship of Fools.) Yet, at the same time, I'm really glad that this inquiry was undertaken and that the truth has come out. Although we may be tempted to lament the scandal, the truth is always best.

Anyway, here are just a few thoughts in the aftermath. There isn't really a logical progression here, so think of these five thoughts as variations on a theme.


1) Evangelism is about pointing people to Christ. And so we should be more wary of pointing people to ourselves. Now, it can always be a great temptation to point to the dramatic change that Christ has made in someone's life. Yet, the danger is that we put more focus on the person who has changed rather than on Christ.

2) Is our confidence often in the wrong thing? I wonder sometimes from the way we tend to do things in the evangelical world if our confidence is (at times) in the exciting testimony rather than in the power of the gospel? The gospel itself is 'the power of God to salvation' (Rom. 1:16). Faith comes by hearing the Word of Christ (Rom. 10:17). So, if God has told us that the gospel is powerful to save and promised that that's how He gives people faith, shouldn't we have great confidence in the gospel to do it's work?

3) If we bear witness to Christ's story, then we're pointing people away from ourselves and to the one Person who can never let them down. If we point people to ourselves, to our stories, or to other people, sooner or later they'll be disappointed (even when there isn't deliberate deceit); we are human beings with sinful natures, and if people's confidence is in us they will be disappointed. But by pointing people to Jesus, we point them to the only One who never disappoints.

4) And what about the (vast majority of) Christians who don't have such dramatic conversion stories? Or the vast majority of people in the world who need to hear the gospel? Most of them have never been to prison, never worked with the mafia, never won the World Cup, or whatever the dramatic convert's experience is. Our dramatic stories don't make the gospel more relevant to people. It already is the most relevant thing in the world. The danger is that through our dramatic stories we can easily end up making it sound less relevant.

5) Evangelism does not rely on the celebrity/dramatic convert. We're all called to be Christ's witnesses - and that means that our testimony is to Christ and what He's done, rather than to ourselves and what's happened to us. Now, I'm not saying we should scrupulously avoid ever talking about our own experience. But what I am saying is that we shouldn't be relying on the power of our own experience, but rather on the power of the gospel. Our experiences might sound powerful, but only the gospel is 'the power of God unto salvation' (Rom. 1:16)
Labels: evangelism ministry