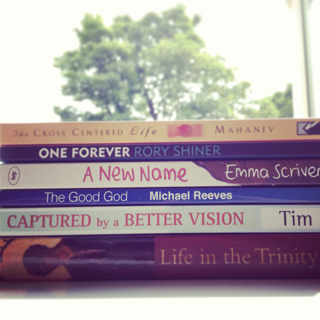 Yay! I'm quite excited as I have some good books to give away. As it's only a fortnight until AblazeUK (the Apostolic Church's UK annual convention), that's where I'm going to give the books away. So, if you're not going to Ablaze, sorry, you can't win the books, so maybe you can think of the upcoming posts telling you about them as good book recommendations instead. If you are going to Ablaze, then you might be going home with a good book.

Today I'm just going to tell you what the books are, but between now and convention I'll tell you a bit more about each of them (and also how to win them).


Also, I'll blog from convention again, as I've done before. I was going to give up on that last year, but several people asked me the first night if I was going to, so I gave in, and they're always some of the most popular posts on the blog. (They'll probably appear quite late at night, as it relies on me typing them up with my thumbs on my phone sometime after the evening has ended.)

Anyway, here are the books I want to give away:


Between now and Ablaze I'll tell you about each of them. Oh, and tell other people about this too!