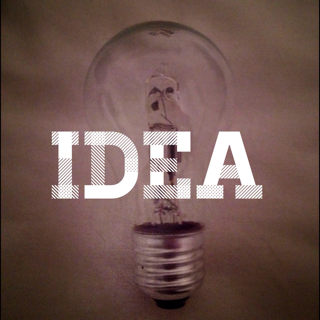 Why did we even start saying it in the first place? What does it even mean? I know it sounds really holy, but, you know what, sometimes things that sound really holy, well, just aren’t. Sometimes they just don’t make any sense at all. And this one doesn’t.

Just think about it for a moment. What does believe mean? Well, ‘trust’. Now try switching the words. Believing for something might sound really holy, but ‘trusting for’ something just doesn’t make any sense at all. Trust obviously isn’t something you do to earn a reward; that would be work. You can ‘work for’ stuff, but you can’t ‘trust for’ stuff. In fact, at the heart of the gospel there’s a key difference between working and trusting. Our sinful way to try and save ourselves is to ‘work for’ it, but Jesus’ way of giving us forgiveness, salvation and life is through trust – not ‘trust for’, but ‘trust in’. Trusting/believing isn’t something we do to earn salvation; we can’t believe for it. No, trusting/believing is all about the object of trust. We don’t believe ‘for’ salvation, we believe ‘in’ Jesus, and He is salvation!

Now, a lot of the time this is simply about a silly way we speak. But, you know what, how we say things can have an impact on how we, or maybe even more likely, on how other people think about them. Just think about it for a moment. Imagine a new Christian, and all the mature Christians around him are ‘believing for’ stuff. What sort of idea does he get about believing? It sounds like believing is a thing you do ‘for’ stuff, a way of meriting stuff. And so he begins to think that it’s about how hard you believe. ‘If I just believe hard enough I’ll be healed/get breakthrough/the church will grow.’ And that, my friends, is not Christianity, it’s positive thinking. And worse than that, it replaces faith in Christ with faith in faith.