God and Opposites: Some Wisdom from Sibbes 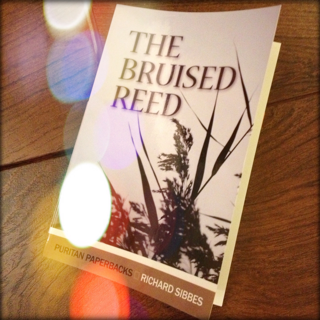 Richard Sibbes, ‘the heavenly doctor’, has a way of getting to the heart of things with just a few words. ‘Sibbes never wastes the student’s time’, said Spurgeon, ‘he scatters pearls and diamonds with both hands.’ And Mike Reeves says of Sibbes that ‘reading him is like sitting in the sunshine: he gets into your heart and warms it to Christ.’

But what’s Sibbes going on about here where he talks about God working by contraries? What’s all this about terror coming before comfort, condemnation before justification, defeat before victory, and abasing before glory? Well, first of all, it’s good news for us, because it means that when we feel terrified, condemned, defeated or abased, that doesn’t mean that God is absent. No, Sibbes wants us to know that that’s often how God works, and that He isn’t at work to leave us in terror, condemnation, defeat, or abasement, but to bring us safely through into comfort, justification, victory and glory.

So how does this work? Let me point you to two helpful concepts that help us see how God is at work even through opposites.

God speaks in two ways: in His law and in His gospel. And His law is the word that usually comes to us first, showing us the just demands of a holy God. As He speaks His word of law to us, we can be terrified as we see our guilt before the Righteous Judge. As we hear His word of law, we’re condemned by it, for it shows us our sin and our inability to fix things. The law shows us that we’re bad. And not just a little bit bad that we can somehow sort out ourselves. No, the law shows us that there’s nothing we can do to get ourselves out of this situation. The law shows us that we need a complete rescue, not a quick fix.

But as the law speaks terror and condemnation, God’s gospel Word comes and carries us to the One in whom we find all comfort and in whom we are justified. While the law might have us feeling terrified and condemned, it’s purpose is to show us our need of Christ so that we’d embrace Him in the gospel and comforted and justified. And so the law’s good, even when it’s a terror and condemnation, because its purpose is to send us to Christ in the gospel.

Theology of the Cross

The theology of the Cross sees that God works through opposites. The theology of the Cross sees ‘God hidden in suffering’ (Luther). It’s not about clearing the weakness, shame and defeat quickly out of the way so all we see is victory and glory. No, God works through weakness, shame and defeat for victory and glory. The glory of God shines most brightly in the suffering of the Cross. As Sibbes himself put it, ‘Christ … conquered most when He suffered most.’

And so we know that God is not absent when we feel weak, defeated and abased. Quite the contrary, as Luther said ‘God [is] hidden in suffering’. As Tullian Tchividjian puts it, ‘we win by losing, we triumph through defeat, and we become rich by giving ourselves away.’ Or, in the words of Sibbes, ‘a Christian conquers even when he is conquered.’
Labels: law and gospel Theology of the Cross