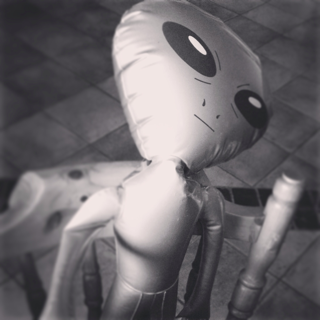 It’s Wednesday, so it’s time for another Wednesday Word, and today’s word is imputation. What is imputation? Well, imputation means counting something to someone’s account. It sounds a bit like something that goes on in the bank, so what’s it got to do with the Christian faith?

Imputation is a very important concept in the Bible and Christian theology as it’s a word which tells us a lot about how God saves us. In the Bible there are three great imputations:

1) The imputation of Adam’s sin to us.

Obviously enough, none of us were born when Adam and Eve lived in the Garden of Eden. None of us were going round eating forbidden fruit. It was our first parents who sinned in the garden. And yet, the Bible tells us that we are guilty of Adam’s first sin – ‘one trespass led to condemnation for all men … by the one man’s disobedience the many were made sinners’ (Rom. 5:18-19). We didn’t eat of the fruit, yet the guilt of that sin is reckoned to our account. That’s imputation.


2) The imputation of our sin to Christ.

The only way to be free from this guilt and condemnation is for God not to impute this sin to us: ‘Blessed is the man to whom the Lord shall not impute sin’ (Romans 4:8 quoting Psalm 32:2). How can that be? Paul explains it to us in 2 Corinthians: ‘God was in Christ reconciling the world to Himself, not imputing their trespasses to them … For He made Him who knew no sin to be sin for us’ (2 Cor. 5:19, 21). The only way for sin not to be imputed to us is for it to be imputed to someone else in our place. And that’s what God has done for us in Christ. Our sin was imputed to Christ; He has taken our place and borne our sin and guilt. Our sin is set to His account, and so He deals with it for us and frees us from it. But that is not where 2 Corinthians 5 ends!

3) The imputation of Christ’s righteousness to us.

But, you say, how can God count something to our account if it isn’t ours? Isn’t that just making things up? Isn’t it a legal fiction? Well, no. You see, the Bible tells us a bit more about how imputation works. God didn’t just arbitrarily decide to hold us liable for Adam’s first sin. No, it’s imputed to us because of our union with Adam. We were in Adam when he sinned in the garden (Rom. 5:12; cf. Heb. 7:9-10 for another example of that at work with Abraham and Levi). Our sin is imputed to Christ and His righteousness imputed to us, because now by faith we have been taken out of our old union with Adam and brought into union with Christ. It’s like a marriage; everything that ours is His and everything that’s His is ours. Think of a husband and wife and their joint bank account. All the debts of one belong to the other and all the income of one belongs to the other. Christ as our great heavenly husband takes all our debt and we share in all His riches. So, His righteousness really does belong to us through our union with Him – but it’s not us who have earned it. It’s His, but we share in all that is His.

P.S. There is a point to the picture. Let the reader understand. (Otherwise I'll just have to explain another time.)
Labels: doctrine grace justification salvation sin theology Wednesday Words