A Tale of Two Kings (Part 2): How does God intervene? 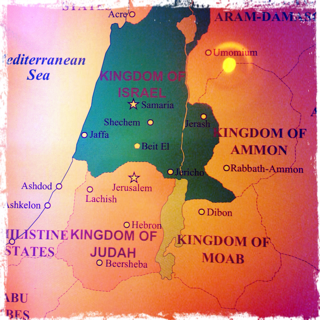 Recently we looked at how bleak the situation was in Israel and Judah in 2 Kings 9-11; yet, no matter how bleak, the situation can never be too bleak for God to intervene and fulfill His promises in Christ.

And God worked by His Word to destroy the House of Ahab, the evil king who had led Israel off after the Baals. The entire house of Ahab is cut off (2 Kings 9:24-10:17). God’s new anointed king delivers his people from their evil rulers. And this is the Lord’s work (2 Kings 10:10): God’s judgement on the house of Ahab, God’s deliverance for his people, and God’s intervention to turn things around.

And not only is the house of Ahab overthrown, but their foul religion as well. The Baalists are killed (not a killing spree, but an execution in accordance with the law of Moses), and Baal’s idols and temple were destroyed (2 Kings 10:26-28). Not just destroyed, but turned into a latrine – for that’s what Baalism was and that’s what it had done to Israel! ‘Thus Jehu destroyed Baal from Israel’ (2 Kings 10:28).

This time we’re not told of any prophetic word, but that doesn’t mean the word of the Lord was absent from the situation. No, the priest and his wife were acting on God’s Word; they knew God’s promise in Scripture and acted accordingly.

And as a result of their actions, Athaliah the daughter of Ahab, the queen who tried to put an end to the Messianic line and the worship of the YHWH, is killed and her evil reign comes to an end. And just like in Israel, the priests of Baal are killed and the temple of Baal destroyed.

And that’s still where we find God’s intervention today: in His Word and His Anointed One. God sends us His Word, the Scriptures, and as the Scriptures are proclaimed we encounter God’s true Prophet, Priest and King.  When we need God’s intervention, that’s where we need to look – to the Anointed One proclaimed in the Word – to the Lord Jesus, God’s Prophet, Priest and King who has intervened and won the victory on our behalf.

God can intervene to turn around any situation, no matter how bad. And we can be certain of that, because He has already intervened to turn around the worst situation of all; for while we were dead in our sins, God intervened in His Anointed One, our Prophet, Priest and King, Jesus,  to deliver us from death, hell and sin.