He Is All My Righteousness 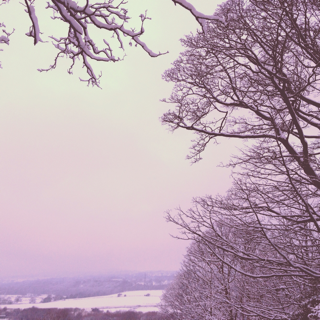 There's an old chorus that, despite it's failings, has an incredible verse. So incredible is this verse that I would venture to say that it's one of the greatest lines of any worship song I know:


He is all my righteouness; I stand complete in Him

You see, even though we believe in the imputation of Christ's righteousness in justification, we can still sometimes end up falling into the trap of divorcing that from the Christian life. We end up thinking of justification as being for the beginning (sort of like conversion), but then think that we need to go on from there.

Someone expressed it to me recently as God's grace in justification raising the bar. But the bar can't be raised. The only righteousness that God accepts is perfect righteousness. And any attempt of our own at righteousness is far from perfect - just remember what Isaiah had to say about that (Isa. 64:6). That's why we need to be justified in the first place! The bar is already as high as it can go. There's no way we can reach it. But thanks be to God, for He has sent His Son to reach it for us, to unite us to Himself, and to clothe us with His perfect righteousness.

So the standard doesn't change after we get saved. God doesn't say, 'Oh, it's okay, they weren't Christians when they did that, so I showed them grace, but now that they're saved they need to sort themselves out'! No, far from it! (Gal. 2:16) The blood and righteousness of Christ don't only avail for pre-conversion sins. No, they avail for sins past, present and even future. Better than that, they don't only avail for sins, but for sin, the root cause.

Now, that's not to undo the biblical teaching on sanctification (NB Paul's words in Rom. 6:1-2). Our holiness, our conformity to Christ, our sanctification flows out of our justification. What it is to say though is that the Christian life is not a life of bondage or striving. The Christian life is the Justified life. The only righteousness with any saving merit is not ours, but Christ's alone which has been imputed to us (Phil. 3:9).

No matter how far along my Christian walk I am, no matter how much I grow in grace, Christ is still all my righteousness. I never come to a point where I start contributing righteousness of my own. Yes, as we go in grace we walk in righteousness (that is, after all, part of being conformed to the image of Christ), but my walking in righteousness doesn't contribute to my standing before God; as Luther put it 'God doesn't need your good works ... but your neighbour does.'

So, thinking about the only righteousness that counts with God, Jesus is all my righteousness. I don't have to add anything. I can't add anything. 'I stand complete in Him.' There's nothing missing; Jesus has done it all! And so there is only one way for me to respond:


He is all my righteousness; I stand complete in Him and worship Him.