A Tale of Two Kings (Part 3): Responding to God's Deliverance 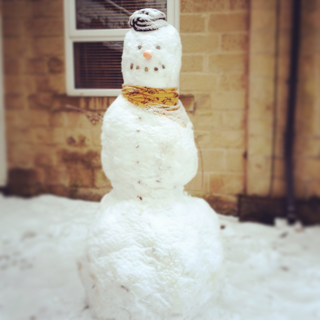 Not too long ago we had a wee look at the desperate situation in Israel and Judah in 2 Kings 9-11 and how God intervened to turn the situation around through His word and His anointed. But even though both kingdoms were in a terrible state, and even though God intervened in the same way in both kingdoms, the final outcome was different in each kingdom. How? Because the two kings responded to God’s intervention in two different ways.

God used Jehu to deliver Israel from the house of Ahab and the cult of Baal. ‘However Jehu did not turn away from the sins of Jeroboam the son of Nebat, who had made Israel sin, that is, from the golden calves that were at Bethel and Dan.’ (2 Kings 10:29) Jehu continues to lead the nation in sin and God responds by limiting the reign of his descendents (2 Kings 10:30-31).

Why did Jehu do that? What was he looking to? Jehu was looking to tradition. That’s what had been done before in the northern kingdom. That’s the way they worshipped in ‘the good old days’. That’s what felt like the right way to worship. But, alas, it was a man-made way to worship. Jehu and the people of Israel wanted to worship the true God, but not in the true way He had revealed in His Word. They might not even have realised that what they were doing was against the Word of God, simply because that’s how it had always been done.


Jehu was looking to his culture. His way of worship was what people were generally used to. It’s what they expected. But, conforming to the culture might draw the crowds to Bethel and Dan, but it wouldn’t turn the crowds into true worshippers.

And what did Jehu get? Well, he got worldly success and prestige, but he lost blessings of the Covenant. Syria started to conquer Israelite territory, so Jehu lost part of the inheritance of the kingdom (2 Kings 10:32-33). Jehu valued his worldly success more than God’s inheritance.

But in Judah things were different. Joash ‘did what was right in the sight of the LORD all the days in which Jehoiada the priest instructed him’ (2 Kings 12:2). Unlike Jehu who looked to tradition and culture, Joash looked to God’s priest who brought God’s deliverance (he saved the king’s life, saved the Davidic monarchy, and saved the Messianic hope), spoke God’s word (he instructed the King), and did good toward God and His House (2 Chron. 24:16). And that led to rejoicing and peace (2 Kings 11:20) and the restoration of God’s house (2 Chron. 24:4).

It wasn’t the goodness of Joash that brought this all about. Joash wasn’t a perfect king. We know that it wasn’t his goodness, because we read of the sad end to his reign (2 Chron. 24:19-24); all the good results were undone when Joash took his eyes off God’s priest.

So, it wasn’t that Joash was a good king. It wasn't that Joash had achieved the perfection Jehu couldn't. No, it was that he looked to a good priest. In the Old Testament, the priest and king were never the same person, yet Jehoiada the saving priest ends up being buried as a king. And so this good priest who delivers God’s people points us to the Good King-Priest who would bring the ultimate deliverance to God’s people . Jehoiada points us to Jesus, the great Deliverer who would once and for all unite in Himself the roles of Priest and King.

Like Joash, we’re called to look to God’s Priest: to look to Jesus. For Jesus is the One who has truly done good both toward God and His House. Jesus is the one who has fully obeyed God on our behalf. When we were going off after our golden calves, He obeyed in our place. When we were unfaithful, He was faithful for us. By doing good to God, He has done good to us, God’s house.

And Jesus has delivered us from an oppressor much worse than Queen Athaliah. Jesus has delivered us from sin: from its guilt, its punishment and its bondage. Through His Cross He has delivered us into His Kingdom of light, and as a result we know rejoicing, peace and the restoration of the House of God. Only this time the House of God isn’t a building, but a people. It’s us, His Church. And this house is restored, not by looking to tradition or to culture, but as we keep our eyes fixed on Jesus, our Great High Priest.

(The snowman in the picture is, of course, entirely irrelevant!)
Labels: Jesus Old Testament