Baby Moses: Life out of death 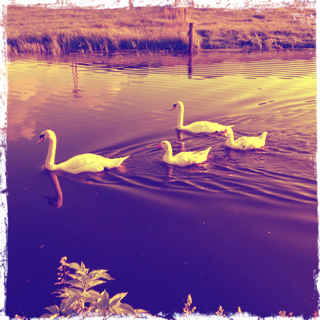 Have you ever thought about Baby Moses, bobbing along among the bulrushes in his little ark? It’s a curious way that the LORD saved Moses’ life. You see, the river Nile wasn’t a very safe place for Hebrew baby boys. Before Moses was born, Pharaoh had ordered all his people to cast any baby boys born to the Hebrews into the Nile (Ex. 1:22), and not for some mass baptism or swimming lesson. No, what Pharaoh wanted was to kill all the baby Hebrew boys.

Moses’ mum and dad didn’t want their new baby drowned in the Nile, obviously. So ‘By faith Moses, when he was born, was hidden three months by his parents, because they saw he was a beautiful child; and they were not afraid of the king’s command.’ (Heb. 11:23). And yet, where do Amram and Jochebed end up putting their son? Into the Nile! The very place from which they had been trying to save him became the place they put him to save his life. The Nile was the place of death; and yet through it God brought life for Moses. God saved Moses through the waters of death. That’s the way God works: He delights to bring life out of death.
And that wasn’t the end of the road for baby Moses in his little ark. Not only is he put in the Nile, but he’s found by an Egyptian (all of whom had been ordered to kill Hebrew baby boys by Pharaoh). And not just any Egyptian, but Egyptian royalty. He was found by a member of the very family that was behind the genocide of his people, the very family that wanted him dead. You’d expect that to mean instant death for Moses when he was found. You’d expect that to mean he’d be tipped out of his ark and into the watery grave. But God is the God who brings life out of death. What should have meant death for Moses, God instead used to bring abundant blessings in life.

God turned the watery grave into the means of salvation. And God turned the family of death into the family of refuge, blessing and life for this Hebrew baby boy. Now, there was still suffering for Moses and his family. God didn’t zap them with a magic wand and make everything okay. No, Moses still had to leave Amram and Jochebed and live with Pharaoh’s daughter. The family still had to be separated. But through the suffering there is life and blessing for both Moses and his family. God doesn’t zap us out of all our suffering. No. But He does work through suffering for glory.