A Tale of Two Kings (Part 1): No Situation Ever Too Bad for God to Bring Life Out of Death 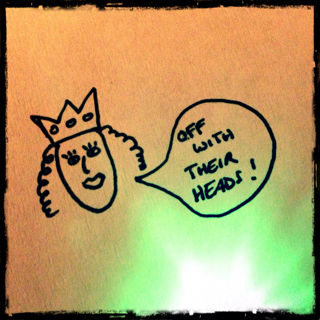 Over a few posts I’m going to take a look at 2 Kings 9-11. It’s rather a low point in the history of Israel and Judah. Both nations had abandoned the one true God. Both had turned to Baal. In Israel King Ahab and his wife, Jezebel had made the cult of Baal the state religion. And then in Judah, their daughter Athaliah had married King Jehoram and brought with her her parent’s vile religion. So, Jehoram of Judah ‘walked in the way of the kings of Israel, just as the house of Ahab had done, for the daughter of Ahab was his wife; and he did evil in the sight of the Lord’ (2 Kings 8:18). So, not only had the house of Ahab succeeded in turning  Israel to Baal, but now Judah as well.

So now, in the Promised Land, there was no God-fearing king and no God-fearing nation. Indeed, this was a low-point. It looked as if the true worship of God had been done away with once and for all. It looked like God’s people were destined to be a dwindling, persecuted and insignificant minority.

You see, God had promised His Deliverer would come from the royal line of David.  But when Athaliah usurps the throne is Judah, she does her utmost to see that all the princes of the line of David are killed (2 Kings 11:1). By succeeding in her coup, she wouldn’t just be securing her reign, but wiping out the Promise of God. Like Herod so many years later, Athaliah tries to kill the boys to secure her throne, and in the process is used by the Devil to try and wipe out the Hope of all the world.

And Athaliah succeeds in her coup. She takes the throne in Jerusalem. The house of David has come to an end. The ungodly northern kingdom has achieved by marriage what it could never do by conquest – the end of David’s throne and the union of the kingdoms under one royal house, the evil Baalist one.
Athaliah has succeeded, and so that means it looks like God’s promise has failed. But, God’s promises never fail! It’s not simply a matter of ‘God keeps His promises, so there must be breakthrough.’ No, it’s much greater than that. It’s not simply that God keeps His promises, but that ‘all the promises of God in [Christ] are Yes, and in [Christ] Amen’ (2 Cor. 1:20). God doesn’t just keep His promises – He keeps them in Christ. And the promises God had made to Israel and to the house of David would indeed be kept in Christ.

Humanly speaking the house of David and the promise of the Messiah had come to an end. Who could possibly both rescue a baby heir and keep him alive long enough to ascend the throne, and all that right under the nose of the evil queen who would go to any length to kill him? Humanly speaking it was impossible. But God brings life out of death. Everyone thought that all the princes were dead. Everyone thought the hope of  the promised Redeemer had been extinguished once and for all. The hope of life had been extinguished by death. But God resurrected His promise. Through the death and terror of Athaliah’s reign, God brought forth a king. And not just a king, but a king who would lead to Christ.
God’s promises are yes and amen in Jesus. No matter how bad things look. No matter how bleak the situation. Even when everything all around looks like only death and horror, God’s promises are yes and amen in Jesus.