Supralapsarianism: it's not a dirty word! 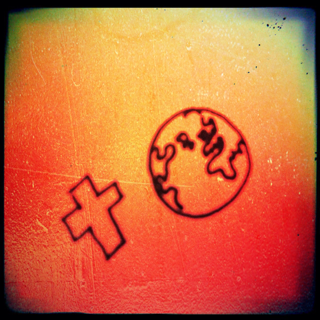 Now for something rather theological. Having in the course of the past year come out on the blog as both a believer in unconditional election and a complementarian (neither of which was much of a surprise to anyone really, and neither of which caused anywhere near as much controversy as this), today I have another shocking theological confession to make. I am not an infralapsarian.

Now, I imagine that last sentence may not make a lot of sense to a lot of people. What’s an infralapsarian when it’s at home? It’s not something that generally/ever gets mentioned in Pentecostal circles.  Well, I mention this because someone did mention it to me the other day. I was asked if I was an infralapsarian, and I realised that I had never had a discussion on such an issue with a Pentecostal before then in my life. So today I’m going to discuss it.

Infralapsarianism has to do with what is known in theology as ‘the Divine decrees’. Basically it’s all about how God decided to create, to permit the fall and to save. Particularly during the period of post-Reformation Reformed scholasticism, theologians came up with rather detailed schemes of the logical (as opposed to chronological, because it all happened at the same ‘time’ – eternity past) order of the divine decrees. Among Reformed theologians there were two major positions: infralapsarianism and supralapsarianism. To boil the matter down to its essentials, infralapsarians believe that creation and the fall are logically prior to election to salvation; supralapsarians believe that salvation in Christ is logically prior to creation and the fall. It’s all a matter of which came first, the decree to elect or the decree to permit the Fall.

Who cares about logical priority? What difference does it make? Well, it does make a difference, which I’ll come to in a moment. But first a major caveat. I'm rather tentative on the whole topic of the decrees, preferring to treat election with the doctrine of grace under soteriology rather than with the divine decree under the doctrine of God. I suppose I'm rather influenced by two major factors here.

My second influence here is Lutheran theology. The Lutherans are, to rather a large measure, suspicious of the doctrine of the decrees. Why? Simply because a good deal of it comes across largely as scholastic speculation, and hence as a theology of glory rather than a theology of the Cross.  As Luther wrote in his Heidelberg disputation, ‘That wisdom which sees the invisible things of God in works as perceived by man is completely puffed up, blinded, and hardened.’ Instead Luther, the Lutherans, and all theologians of the Cross would point us to God’s own self-revelation in Christ crucified. (Any of my former seminary students will know well my thoughts about speculation: Deuteronomy 29:29.)

So, for those reasons I’m a bit tentative about the whole attempt to set out the Divine decrees in a clear, logical set of numbered points. However, that doesn’t stop me from answering the infralapsarian question. And here I must make the shocking confession that, although it’s terribly unfashionable, I’m a supralapsarian.
Why? Well, ultimately for me it all comes down to Jesus. And that’s why it matters. My problem with infralapsarianism is that it seems to downgrade the role of Christ and His Cross to a means of restoring the creation rather than being the centre of God's purpose. In that scheme the Cross exists because the creation has failed. Christ’s incarnation and Cross comes across as an emergency reaction to sin.

But if salvation in Christ has priority over creation and the fall (i.e. some form of supralapsarianism), then that means that creation exists for Christ and His Cross. I’m with Duns Scotus who believed that the world was created for Christ’s incarnation. (Duns Scotus even insisted that the Son would have become man even if there hadn’t been a Fall.) In the words of a former national leader of the Apostolic Church:

Well before sin entered into creation, before the rebellion of Satan, and before the fall of man, there in the bosom of the Father, in the mystery of His will, in the womb of eternity - there was the Cross. The Death of our Lord on the Cross of Calvary was not an afterthought, but an essential part of that original plan and resolve of the Trinity. (W.R. Thomas, On Ephesians, p.68).

Now, you’ll notice that there aren’t any exegetical arguments here. The only verse I’ve mentioned is Deuteronomy 29:29 (which I’ll just reiterate here: ‘The secret things belong to the Lord our God, but those things which are revealed belong to us and to our children forever’). That’s because the Bible doesn’t tell us about an order to the Divine decrees, and hence we must not let ourselves be caught up in undue speculation on the matter. Neither infralapsarianism nor supralapsarianism (nor the rather different Lutheran articulation for that matter) is heresy. These are theological formulations rather than Scriptural teachings. (If I were Reformed, I might call them ‘good and necessary consequences’.)  So don’t let these things be blown out of proportion. (That’s why I’m not even giving you numbered lists of the decrees.) It’s Christ and His Cross which are the essentials of God’s plan of salvation, not the order of the decrees.

My supralapsarianism at the end of the day isn’t down to a speculative attempt to logically wrestle with 5 statements about how God saves. For me it comes down to the simple question of was the world created for Christ and His Cross? As W.R. Thomas put it, ‘The Body of Christ is the reason for the creation of the universe … In Creation we have the platform erected by God for the realization of the Eternal plan.’ (On Ephesians, p.65). If the Body of Christ is the reason for creation, then Christ and His Cross must come first.