Who gets the attention of whom?: Getting faith the wrong way round in the Old Testament 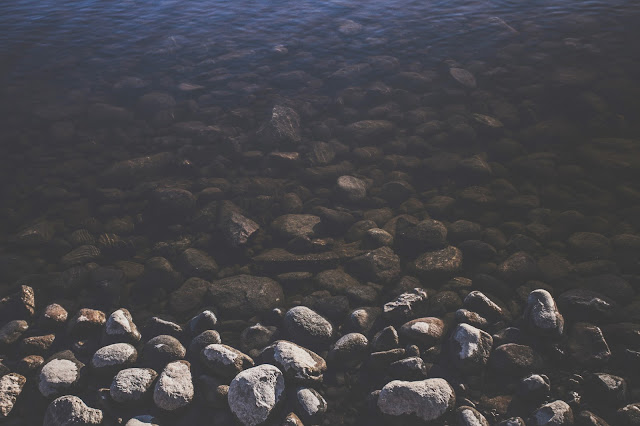 Okay, so yesterday I promised an Old Testament example. Instead let me give you two. As I said yesterday, these are examples of what happens when people get the order of the relationship between faith, attention and blessing wrong.

Our first example is the more pleasant of the two – so pleasant in fact that’s it’s normally thought of as a positive story, and the sinful start tends to get skipped over. It’s found in 1 Kings 3. David has died and his son Solomon has become king, and 1 Kings 3 starts with these words:
Now Solomon made a treaty with Pharaoh king of Egypt, and married Pharaoh’s daughter; then he brought her to the City of David until he had finished building his own house, and the house of the Lord, and the wall all around Jerusalem. Meanwhile the people sacrificed at the high places, because there was no house built for the name of the Lord until those days. And Solomon loved the Lord, walking in the statutes of his father David, except that he sacrificed and burned incense at the high places. Now the king went to Gibeon to sacrifice there, for that was the great high place: Solomon offered a thousand burnt offerings on that altar. (1 Kings 3:1-4)

Solomon starts off this chapter with his confidence in a marriage alliance with Israel’s oldest enemy. And not only that, but he still let the people go up to the high places to offer sacrifices. In fact, he even went up to the high places to offer sacrifices himself. And then the action begins with him going up not just to a high place, but to ‘the great high place’ to offer a thousand sacrifices. (The parallel with Chronicles here is really interesting – I might post something on it next week.)

So, there’s Solomon. He’s gone up to the highest and greatest of all the high places to make a big impression with his thousand burnt offerings. He thinks he can go to the greatest place with the greatest sacrifices and that’ll get God’s attention. But in reality he’s going where God had forbidden. (The people weren’t to offer sacrifices at the high places, but only at the one place where God would set His name – Deut. 12:5-7.) His attempt to please God and gain His favour was really by doing something that displeased God. So what does God do? He shows His grace!

‘At Gibeon the Lord appeared to Solomon in a dream by night; and God said, “Ask! What shall I give you?”’ (1 Kings 3:5) Solomon had distrusted and disobeyed, yet the Lord appeared to Him. The Lord showed Solomon grace by revealing Himself to him. And what was the result of that encounter? ‘Then Solomon awoke; and indeed it had been a dream. And he came to Jerusalem and stood before the ark of the covenant of the Lord, offered up burnt offerings, offered peace offerings, and made a feast for all his servants.’ (1 Kings 3:15). When the Lord had shown Solomon grace, Solomon responded with true worship. Solomon learnt that true worship isn’t something we do to get God’s attention and gain His blessings, but rather it’s something that flows out of meeting Christ in His great grace. Christ gets out attention, and we respond in faith with worship to Him.

Solomon learnt the lesson. Some of the people in my other Old Testament example didn’t. Later on in the history of Israel, when the Kingdom has been divided in two, King Ahab and his evil queen, Jezebel, abandon even a feigned, nominal, distorted worship of the God of Abraham, Isaac and Jacob, and import instead Jezebels’ native religion of Baal worship, with all its trappings and false prophets. To cut the story short, let’s just skip to our example on the top of Mount Caramel. There on the mountain there’s a confrontation between Elijah, the lonely prophet of God, and the 450 prophets of Baal and 400 prophets of Asherah (Baal’s girlfriend).

Now, the prophets of Baal are a bit like Solomon when he goes up to the great high place, only even more extreme. They are convinced that the way to get their god to act on their behalf is to get his attention and impress him with their sincerity. And so what do they do? Well, they started off by leaping about the altar, but that didn’t work, ‘So they cried aloud, and cut themselves, as was their custom, with knives and lances, until the blood gushed out on them. And when midday was past, they prophesied until the time of the offering of the evening sacrifice. But there was no voice; no one answered, no one paid attention.’ (1 Kings 18:28-29)

In fact the prophets of Baal went so far as to shed their blood to get their god’s attention. And that demonstrates how far wrong they were! For, although we deserved to shed our blood for our sin, the true and living, ever-gracious God has come in the person of the Son and shed His own blood for us that we might be forgiven, cleansed, and welcomed into His loving fellowship. False religion is all about what we can do for god. True religion is all about what God has done for us!

So, there you go, two Old Testament examples of what happens when people get the order of faith, attention, and blessing the wrong way round. Solomon learnt the truth: that Christ gets our attention by His grace, to which we respond in faith. Elijah knew the truth too, praying on top of the mountain ‘Hear me, O Lord, hear me, that this people may know that You are the Lord God, and that You have turned their hearts back to You again.”’ (1 Kings 18:37) God acts mightily to save and to bless in Christ, the Spirit draws our gaze to Christ and His Cross, and we respond in faith.