A New Test Act?: Does the first week of the election campaign signal the exclusion of orthodox Christians from UK public life? 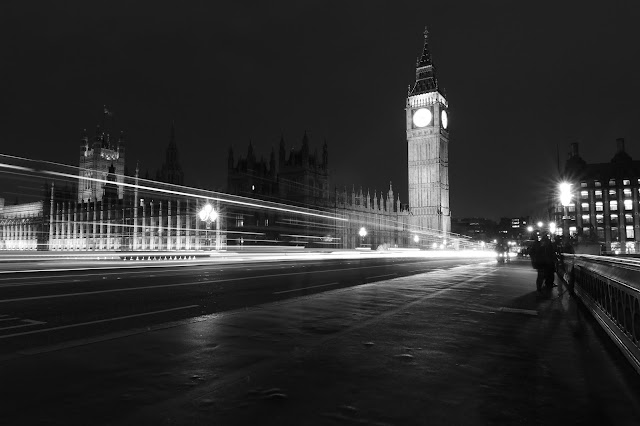 We used to, in this country (or at least in the English and Welsh bits of it), have something called the Test Act. The whole point of the Test Act was to exclude people of certain faiths from public life. If you couldn't meet the test required in the Act, you couldn't hold an office under the Crown (i.e. have a civil service or military job), serve in local government, matriculate at Oxford, graduate at Cambridge, or sit in the House of Commons.

The test was twofold: you had to receive Communion according to the rites of the Church of England, and you had to take an oath declaring that you did not believe in transubstantiation. And so Nonconformists (whether Catholic or Protestant Dissenters, i.e. non-Anglican Protestants) failed the test, and were excluded from any political or civil role.

Eventually the Test Acts were repealed by the Tory government of the Duke of Wellington, bringing emancipation for Protestant Nonconformists in 1828 and for Roman Catholics in 1829. (Although some aspects of the Test remained at the Universities of Oxford and Cambridge until 1871.)

Fastforward nearly two centuries to 2017 and the current general election campaign. One story has been in the news nearly every day since Mrs May announced the election, and it's not a story about either the government or the official opposition. Nor is it a story about the policy of any party campaigning in the election. In fact, it's not even a story about any proposed new law or matter likely to come before the new parliament. It's simply the story of one man's personal, not political, belief.

The Honourable Member for Westmorland and Lonsdale, Tim Farron MP, is known for two things. Firstly, he is the leader of the Liberal Democrats. And secondly, he is an evangelical Christian.

As a result, as the entire country surely now knows (after endless media reports and interviews), he has been hounded since the start of the election campaign with the question of whether he thinks gay sex is a sin. Yesterday, he at last gave in, and gave an answer: 'no,' he said.

But that's just the background context. My point is not to write about Mr Farron. My point is to write about the emergence of a new Test Act designed to exclude people of certain faiths from public and civil life. Only this time it's not Parliament which is imposing the Test, but the media. And the test this time isn't taking Communion in an Anglican Church and disavowing transubstantiation. The test is the affirmation of gay sex. The media wouldn't leave the leader of the third main party in the United Kingdom alone until he would affirm gay sex.

Yet, orthodox Christianity, whether Protestant, Catholic, or Eastern Orthodox (not to mention the orthodox varieties of other religions) doesn't agree with the media's test. This is even the official teaching of the Church of England. So, what the media seems to be suggesting is that an orthodox Christian (even an orthodox member of the state church), can no longer lead a political party. It didn't matter that Mr Farron had long ago stated his support for same-sex marriage. It didn't matter that same-sex marriage is already the law of the land in the parts of the country for which Westminster has control over marriage law, and so isn't an issue in the election. It didn't matter that the party that Mr Farron leads is generally seen as rather gay-friendly. All that mattered was Mr Farron's personal religious belief.

And it is precisely a religious belief. For the question was about sin. Now, the media tend not to ask Christian candidates whether they think lying, adultery, drunkenness, cohabitation, or not trusting in Jesus is a sin. And yet the Bible tells us all those things are sins. Yet, Christian politicians can believe what the Bible says about sin and still work with and for people who lie, commit adultery, get repeatedly drunk, live together in a sexual relationship without being married, or don't trust in Jesus. (They've been doing so as long as Parliament's been around.) Believing that something is a sin because Scripture says so is not the same as believing it should be criminalised or that those who commit that sin should suffer discrimination.

Nor is it to think that people who believe that the particular activity is a sin are in any way better than those who commit that particular sin. Christians make no claim to sinlessness. Only Christ Himself is sinless. Christians, rather, are people who recognise the seriousness of their own sin, and look to Jesus as their only hope for forgiveness.

British society has lost its fluency in the language of Scripture. Sin is now an exotic foreign word, which people outside the church don't particularly understand. Most 21st century British people think a sin is either something "naughty but nice", or else that it's a word for the worst crimes in the world (think genocide or something along those lines). So, when the media ask a Christian politician if he agrees with the Scriptures that gay sex is a sin, most people aren't hearing the word "sin" with its biblical meaning. Nor do they understand the Bible's authority in the life of Christians. While the church hears this as a question of what the Bible says, that's not how those outside the church hear it. So perhaps the church needs to talk less about homosexuality and more about what sin actually means and what the Scriptures actually are. We need to help people to see that sin is fundamentally not trusting in Christ and His Word, and the Bible is not some ancient collection of texts, but the very word of the living God. And, of course, above all, we need to help people see the Christ of the Scriptures, who is the only solution to our sin.

In the meantime, we may have to get used to this new media-imposed Test Act. But if we do, we do. For it is better to suffer intolerance in the name of Christ in a Christlike way than either to cause disputes which dishonour the name of Christ, or to deny His Word for our own ease and comfort. After all, when the early Christians were under a government in which they could have no voice whatsoever, the Word of the Lord to them was:

that supplications, prayers, intercessions, and giving of thanks be made for all men, for kings and all who are in authority, that we may lead a quiet and peaceable life in all godliness and reverence. For this is good and acceptable in the sight of God our Saviour, who desires all men to be saved and to come to the knowledge of the truth. (1 Tim. 2:1-4)

Truth is important, and it is through the truth that people are saved. Thus we must never compromise the truth of God's Word. A voice at the table or a position of influence can never be worth compromising the truth. Our Nonconformist forerunners under the old Test Acts provide a worthy example of such a refusal to compromise on truth. May the Lord grant us the grace to stand as firmly upon His Word.