What the Incarnation has to say about Abortion: Some theology in light of the news from the Irish Republic 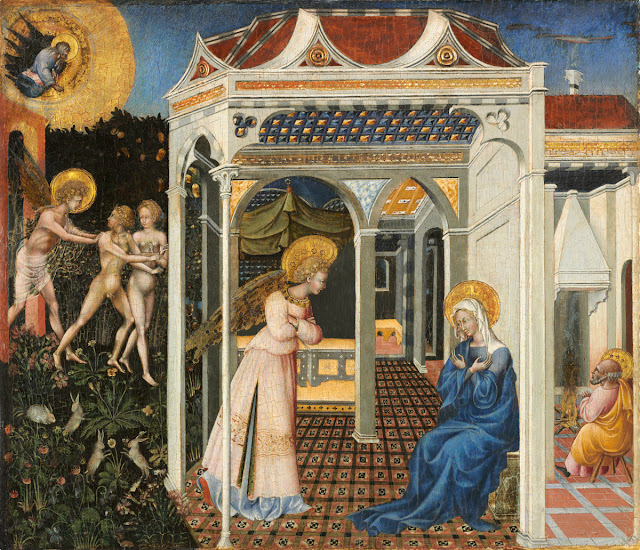 At the weekend, The Citizens’ Assembly/An Tionól Saoránach set up by the Dáil in the Republic of Ireland to consider constitutional changes made its decisions on the 8th Amendment, which has been reported in the press as a vote in favour of decriminalising abortion (for, although the eighth amendment doesn’t specifically mention abortion, it does rule out its introduction in the Republic). The 8th Amendment is actually a positive statement asserting the human rights of unborn children:


I’m not Irish (although that confuses anyone who doesn’t come from Northern Ireland), but I do come from a country bordering the Irish Republic, and in which, like the Republic of Ireland, abortion is, in most cases, a crime. And what’s more, many people in Northern Ireland look very much to the South and what happens there, while others look to the mainland and its much more liberalised abortion policy. So the proposed constitutional change in Éire is of significant interest in Northern Ireland as well.

But, what I find most significant about this proposed change is not its political implications, or how it’s being reported in the press, but rather what the press is leaving unsaid in the headlines. For the 8th Amendment of Bunreacht na hÉireann currently guarantees ‘the right to life of the unborn’ and states that this right is equal to the ‘right to life of the mother.’ So, although the press is headlining this story along the lines of ‘Citizens’ Assembly Backs Abortion Rights’ (The Irish Times), the actual story is that they are recommending stripping unborn children of the human rights they are currently guaranteed by the Irish Constitution. Currently the mother and child have equal rights, so this is not a story about giving additional rights to women, but rather a story about removing all human rights from approximately 70,000 Irish children per year. (Most of those 70,000 children will still live, but none will any longer have the right to life as is currently guaranteed by Bunreacht na hÉireann.)

In light of this sad news, I thought it would be worth sharing a wee bit of theological reflection on the issue of Abortion. So, what follows is a short extract from the chapter on the Virgin Birth in my book, looking at what the Incarnation of Christ has to say about the issue of abortion.

The doctrine of the virginal conception leads Christians to pay careful attention to unborn children. Within a few days of the annunciation, Mary arrived at her cousin Elizabeth’s house. We know that Mary arrived at Elizabeth’s so quickly as Elizabeth was already 6 months pregnant at the time of the annunciation (Lk 1:36) and Mary stayed with her for three months, and yet had left by the time of John’s birth (Lk 1:56-57). Therefore Mary must have gone straight to Elizabeth’s after Gabriel’s visit. And when Mary arrived, the baby in Elizabeth’s womb leapt for joy (Lk 1:41, 44) at the presence of ‘the mother of [the] Lord’ (Lk 1:43), and hence of the Lord whom she carried in her womb. Mary had been pregnant for probably a week at most, yet the unborn John and his mother Elizabeth recognised the presence of the person of the Son in her womb. If it was indeed within a week of the annunciation, then:

The Christ whom the unborn John greeted was probably not even implanted in the womb. If so, the somewhat more than six month old fetus to be named John responded to the arrival of a zygote not even implanted in the wall of the womb. (Graham A. D. Scott, ‘Abortion and the Incarnation’, Journal of the Evangelical Theological Society, 17 (1974), 37.)


Both the unborn John and his mother Elizabeth recognised this zygote as the Lord, and Mary as a mother: they recognised a living child in Mary’s womb who was the incarnate God.

Thomas Torrance points out that we must look to Christ who became an embryo for us to understand the human personhood of embryos:

It is surely to him who became a holy embryo in the Virgin's womb, and was born of her to be the Saviour of the world, that we must go for understanding of every human being from conception. In Christ, we see that the unborn child is as an embodied human soul, a person loved by the Lord Jesus who came to be the Saviour of the human race. (Thomas Torrance, The Being and Nature of the Unborn Child, 3.)


The virgin birth is crucial to our grasp of the nature and status in Christ’s eyes of the unborn child. The Son of God became a human being for us in the womb of the Virgin Mary, bone of our bone and flesh of our flesh. He became what we are. Think of the importance of the incarnation, then, for our understanding of and regard for the unborn child. Every child in the womb has been brothered by the Lord Jesus. In becoming a human being for us, he also became an embryo for the sake of all embryos, and for our Christian understanding of the being, nature and status in God’s eyes of the unborn child. So, to take no thought, or no proper thought, for the unborn child is to have no proper thought of Jesus himself as our Lord and Saviour or to appreciate his relation as the incarnate Creator to every human being. (Torrance, The Being and Nature of the Unborn Child, 4-5.)


Christ became ‘an embryo for the sake of all embryos’, therefore Christians look at the embryo, the unborn child, as the object of Christ’s great love. And so, ‘from the moment of conception every human being is infinitely precious to the Lord Jesus, and is the concern of his redeeming love’ (Torrance, The Being and Nature of the Unborn Child, 22). With such an understanding of the human personhood of the unborn child, right from the moment of conception, resting in the cardinal doctrines of the incarnation and the virgin birth, it is no wonder that from even before the completion of the New Testament canon in the first century, Christians understood the sixth commandment to include the prohibition of abortion: ‘you shall not abort a child or commit infanticide’ (Didache 2:2).

(By the way, as we’re in the midst of a general election campaign here in the UK, it is well worth considering the policies of the various parties when it comes to abortion, and the voting record of the party leaders, and your local MP, when restrictions or liberalisations of abortion law have come to the floor of the House of Commons. Lord Alton has done the research – which also covers votes on euthanasia – and you can see the results here on Archbishop Cranmer’s blog. And for people in Northern Ireland, this time this actually could be an issue that matters in a General Election rather than an Assembly Election, as the prospect of Direct Rule might be looming!)
Labels: abortion contemporary issues incarnation