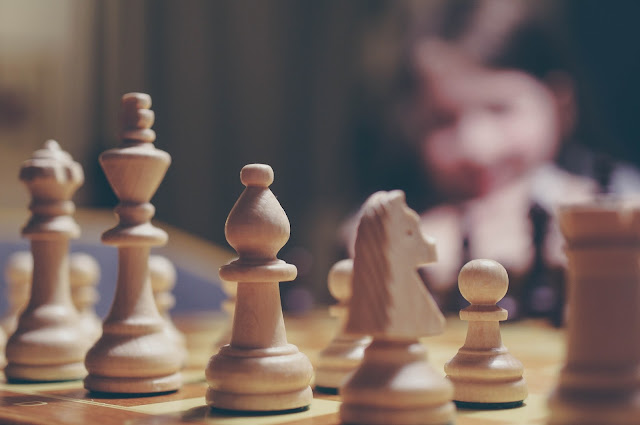 What on earth does all that mean? Well, let’s think of church government. These days forms of church government don’t tend to raise passions too high; but that wasn’t always the case in these islands – just think of the controversies between prelacy/episcopacy, Presbyterianism, and independency (congregationalism) around the time of the Civil War and the Commonwealth. Within British Pentecostalism, differences over church government were one of the main reasons for the formation of three different Pentecostal denominations in this country at the beginning of the twentieth century, rather than one single Pentecostal movement (like in the rest of northern Europe).

The divisions and debates over church government, however, also led to polemics. Rather than carefully considered treatises on the matter in its own right, the British Pentecostals were constantly engaged in writing to defend their position against that of the others. So, Donald Gee (of the Assemblies of God) famously wrote of Apostolic church government as being like ‘children playing at churches’ and ‘a subtle form of priestcraft’, while his colleague Nelson Parr wrote that the Apostolic polity was ‘a system of spiritual bondage which has all the elements in it of the despotic rule of the Church of Rome’!

(Happily, such strong polemic has faded away today. Even back then the Apostolics seem not to have taken umbrage at such words, for they invited Donald Gee to preach at the International Apostolic Convention in Penygroes, and he accepted the invitation.)

Anyway, the point is this: the Apostolics also engaged in polemics. And the great Apostolic polemical claim was that our system of church government was Christocratic, as opposed to the episcopal, presbyterian, or congregationalist governments of other movements. We can see this in W.A.C. Rowe’s One Lord, One Faith, where in a chapter on Church Government he quickly goes through the congregational, presbyterian, episcopalian, and autocratical polities, and then presents Apostolic church government as ‘theocratical’. Rowe bolsters the Apostolic form, writing that ‘neither democracy nor autocracy fits the plan of God – He desires theocracy.’

But this is nothing more than a polemical claim – for advocates of all the traditional forms of church government would heartily agree. The advocates of episcopacy, presbyterianism, and independency all maintain that Christ is the Head of the Church who governs His Body. The question is not over whether church government is Christocratic or not; the question is over how Christ governs the church.

So, rather than react to straw-man representations of other forms of church government, it would serve us better to understand how each system claims to be Christocratic.


Does Christ govern His Church congregationally?

Congregationalist theology argues that as there is no King and Head of the Church except Christ alone, therefore, there is no authority over the local church except Christ alone. This means that not only is there no higher ecclesial authority from outside (whether in the form of Councils, Synods, bishops, or apostles), but also that any authority inside the local church is only an authority delegated by the whole congregation – for it is the congregation together as a whole, under the direction of the Holy Spirit, who discern the mind of Christ the King.

As Stephen Holmes (Baptist, and thus congregationalist, theologian at St Andrews) puts it:


As regards decision-making in a congregationalist church (which is so often decried as ‘democracy’ or ‘voting’ in the polemics of non-congregationalists), Holmes explains:

the question in hand is never ‘What do I think the best thing to do about this is?’ but always ‘What is the call of the Lord Jesus to this people in this situation?’ A question we are all, of course, incompetent to answer – but the Lord Jesus has poured out His Spirit, and so sons and daughters prophesy, the young see visions and the old dream dreams – even slaves, male and female, refused any part in the decision-making process by the culture around, are given the Spirit and so can hear the voice of the Lord callling His church.

Does Christ govern His Church presbyterially?

In Presbyterian theology, the Church is the visible representation of the Kingdom of Christ on earth (Westminster Confession of Faith 25.2). Every Kingdom has a King, subjects, and laws. And Kings delegate authority to lawful governors as office-bearers within the kingdom. Christ the King continues to delegate His authority in the Church to ministers and elders. And, as each church is not a separate kingdom, synods and councils of ministers and elders hold delegated authority from the King, not only over one congregation, but over the wider church. As the Form of Presbyterial Church Government (a subordinate document to the Westminster Confession) puts it:

CHRIST hath instituted a government, and governors ecclesiastical in the church: to that purpose, the apostles did immediately receive the keys from the hand of Jesus Christ, and did use and exercise them in all the churches of the world upon all occasions.
And Christ hath since continually furnished some in his church with gifts of government, and with commission to execute the same, when called thereunto.
It is lawful, and agreeable to the word of God, that the church be governed by several sorts of assemblies, which are congregational, classical, and synodical.


As the 21st century Presbyterian theologian Guy Prentiss Waters puts it, Presbyterian ‘church polity is a way to give concrete and visible expression to the present reign of our risen and exalted Mediator, Jesus Christ’ (Waters, How Jesus Runs the Church, p.xxiv). For Presbyterians:

Jesus is no absentee ruler. He declares that he is with His people to the end of the age (Matt. 28:20). He is not only present with his people, but he also now rules over them … As head of the church, Jesus ‘received gifts for His Church, and gave all offices necessary for the edification of His Church and the perfecting of His saints.’ Church government is a gift of the risen and reigning Jesus to the church, and perpetually reminds the church that Jesus is on his throne. (Waters, p.149. Section in inverted commas from Book of Church Order of the Presbyterian Church in America.)

Does Christ govern His Church in an episcopal manner?

In episcopal theology, the bishops are seen as the successors of the apostles, fulfilling the apostolic office in the church today. Fulfilling the apostolic office, Christ is at work in and through the ministry of the bishops, ‘in such wise that whoever listens to them is listening to Christ and whoever despises them despises Christ and him who sent Christ’ (Lumen Gentium, 20 §2). Christ Himself is the source of the ministry of the bishops, and of the ministry which the bishops delegate to the presbyters through ordination. Every ministry, whether of bishop or presbyter, ‘is founded on, and originates in, the one ministry of Christ’ (Boris Bobrinskoy, The Mystery of the Church, p.202).

So, if congregationalists, presbyterians, and advocates of episcopacy all insist that Christ governs His Church (whether through the local congregation, through assemblies of ministers and elders, or through bishops), then they all have a claim (even if they don’t use the word) to ‘Christocracy’. And that means, Apostolics can’t properly appeal to ‘Christocracy’ as the distinctive feature of their church government. Christocracy isn’t a system of church government; it’s something to which all churches aspire, irrespective of their system of government.

Realising that might allow us to look at what the Apostolic Church’s (classical) system of government really is. And when we do that, what we find (and here I’m almost afraid to write, because I’m sure some people won’t like the answer!) is that the classical form of government of the Apostolic Church is a hybrid of episcopacy and presbyterianism. We believe in church government both by the apostolic ministry (that’s episcopacy) and by councils of elders (that’s presbyterianism).

And this hybrid of episcopacy and presbyterianism isn’t an ad hoc accident of history. It’s something deliberately rooted in our theology being worked out in practice.

(By the way, many denominations really have some sort of hybrid system of church government. The Church of England and Church of Ireland, for example, have a hybrid episcopal/synodical government, while, at least in its early years, the Assemblies of God had a hybrid congregationalist/Presbyterian system.)

I’ll come back soon to write about this hybrid episcopal/presbyterian form of government, but here I just want to note quickly why recognising this matters.

Reasons why this matters:

Firstly, we need to understand the true reasons why we’re governed the way we’re governed. If we rely on slogans like ‘Christocractic church government’ without thinking about what we actually mean by that, then our practice becomes detached from our theology, and we lose all reason for how we do things, other than pragmatics. When the polemical statement is revealed for what it really is – a polemical statement – then with it will be swept away those things for which we’ve lost our understanding. What I mean is, when we suddenly see that everyone else claims Christocracy too, then what reason will we have for not simply saying, ‘Oh, well their way seems a bit more efficient and effective, so let’s just do that!’ Rather than holding onto slogans like ‘Christocracy’, we need to get reacquainted with the biblical and theological reasons for our polity.

Secondly, there’s a great danger of holding onto a word but changing the meaning. If we hold onto a word like Christocracy, without understanding what it was a (polemical and mistaken) shorthand for, then it’s easy for the meaning we attach to the word to be subtly, or drastically, changed over time. So, for example, some movements in North America advocate what they call the ‘Moses model’ of church government, which they see as theocracy (or Christocracy) in action in church government. In this model, the pastor is seen as the one appointed by Christ and led by Christ. He, in turn, then appoints and leads the elders , and leads the church. It’s hailed as Christocracy; but it’s exactly what W.A.C. Rowe decried as autocracy in his chapter on church government all those years ago. However, if our understanding rests on a mistaken polemical slogan, rather than understanding the true biblical and theological roots of our episcopal/presbyterial governance, we could easily and unwittingly be swept up into the dangers of something like the “Moses model”.

If we build our polity on polemical slogans, we’ll end up reduced to being polity pragmatists. And to do that is to neglect the Apostolic Vision of being ‘a body of believers who joyfully dare to stand for first-century Christianity, its faith, its practices and its government’ (T.N. Turnbull, What God Hath Wrought, p.11).
Labels: Apostolic Church ecclesiology