Repeat after me: Faith isn't a Work! (So don't turn it into one!) 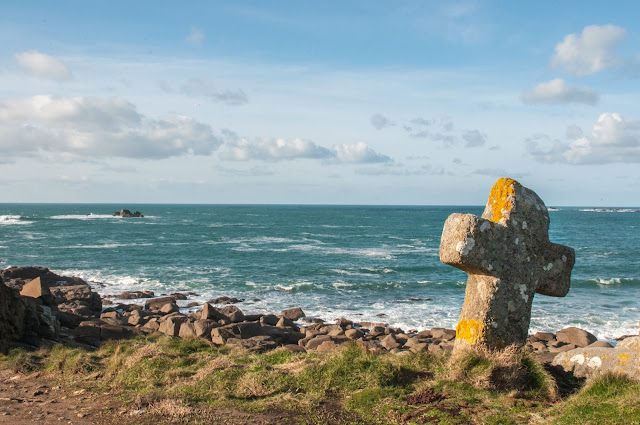 Today I'm reposting something from four years ago, but don't worry, the relationship between faith and Jesus hasn't changed in the meantime ;)
...

On Twitter I read the bold proclamation that “Our faith catches the attention of Jesus”! (Yes, I know, it was Twitter!) I was going to continue with the next sentence of this post something along the line of “but is that really true?”, but instead let me be more direct. That's not true at all! It might sound good (emphasis on the “might”), but it's absolute rubbish, and dangerous rubbish at that! For, if “our faith catches the attention of Jesus”, then faith has become a work!

That's why it's dangerous rubbish, because if “faith” is transformed into a “work” then we end up with salvation by works. But, you say, he said “our faith”, not “our works”! But the thing is, we can so empty the word “faith” of its true content and fill it with new content that it ends up becoming a work. And that's what's happened here!
Let’s diagram that tweet and see how it works:

(The end of the original tweet went on to talk about what Jesus would do if and when we caught his attention with our faith.) So you can see in the diagram that this starts with us and something we do and ends up with Jesus and something he does. In other words what we do gets Christ to do something – Jesus responds to something in us. That, my friends, is all about works.

But isn't that what faith is? By no means! Biblically, faith doesn't meet either half of the definition of a work. Faith neither has its source in human beings nor does it cause God to bless.

But hang on! People have faith, so how doesn't faith have its source in people? True, it is people who have faith, but that doesn't mean that they are the source of faith. Otherwise that would make them authors of their own salvation! Biblically, faith doesn't find its origin in something in us, but in something that comes to us from the outside. It is only as we see Christ clothed in His gospel, as Christ comes to us in His Word, that we can respond in faith. “Faith comes from hearing and hearing through the Word of Christ” (Rom. 10:17 ESV). Our believing is a response to Christ and what He has done for us as it is proclaimed to us in the gospel. So, being a response, faith's source is not in us, but in Christ and in His Word.

That means that faith isn't something we do to catch the attention of Jesus, but rather, precisely the opposite. Faith is our attention being caught by Jesus, and being caught in such a way that we cling to Him.

And just as faith doesn't find its source in us, so too faith isn't a thing that causes God to bless. Again you might be scratching your heads; it sort of sounds okay - faith and blessing do seem to go together in the Bible. Doesn't Galatians link faith with the blessing of Abraham? (Gal. 3:9) Yes it does; it does link them. Faith and blessing are very biblically linked. But that's not the same as saying that faith is a thing we do which causes blessing.

When I defined a work, the type of cause I was talking about is what theologians call a “meritorious cause” – in other words, faith is not something by which we earn or merit God's favour. God is not pleased with us because of how good we are at having faith, but because Jesus lived, obeyed, died and rose for us, and we are now washed in His blood and clothed in His righteousness. The “cause” of God's blessing on us is not how much or how hard we believe, but Jesus Christ and Him crucified!

The real way it works is this:

Our faith doesn't get Jesus to do stuff; our faith flows out from what Jesus has done! And our faith grows, not by telling ourselves we need more faith for Jesus to do more stuff, but by looking again and again to who Jesus is and what He has already done for us in His incarnation and atonement. Our faith and love for Christ won't grow by trying to muster up our own interior resources; our faith and love for Christ will grow as we look to the Cross.

I want to leave you with an example from the Old Testament of what happens when people get the order of the relationship between faith, attention and blessing wrong – but as this post is quite long enough already, I'll save it for tomorrow. In the meantime, just remember it's Jesus who catches our attention and we believe!

(P.S. Some Caveats: 1) I'm not saying that the Tweeter actually believes what he tweeted; thankfully, in God's mercy, the irresponsible things we say don't always correspond to what we're really trusting. 2) Don't worry, I'm not going to be tearing your Twitter feed apart in a mad search for theological error! This is a very rare exception.)