Total Recovery: The Eternal Purpose and the Apostolic Vision (Part 2) 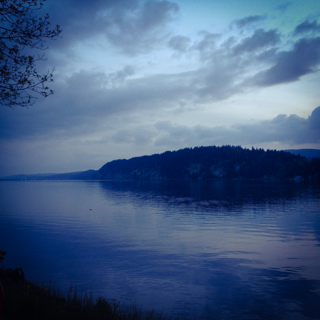 Part 2 – Total Recovery for the Creation

Just in case you missed it yesterday, God’s Plan for Total Recovery is Jesus. In Ephesians 1:7-10 we read about God’s plan for ‘all things … both which are on heaven and which are on earth’. And what’s the goal of this plan? Well, it’s to gather all things together under Christ as Head. And this plan is for all things in heaven and earth. Ultimately this plan is for both redeemed, resurrected believers and the holy angels. Ultimately this plan is for the new heaven and the new earth. It involves a radical redemption and renewal of creation, ‘because the creation itself also will be delivered from the bondage of corruption into the glorious liberty of the children of God.’ (Rom. 8:21) So the effects of sin and the curse will be undone. It’s a total recovery of how the world was created to be.

That means God’s plan isn’t a plan to save our souls out of the world. Nor is it a plan to give us the things of this fallen world. Rather it’s a plan to redeem and renew the whole of creation in Christ. And when it comes to us, this is a plan for union with Christ and the fullness of Christ.

First let’s talk about Union with Christ. Ephesians 1 tells us that the plan is for us to be gathered together in Christ under Christ as Head. The whole passage is set ‘In Him’ – talking about our union with Christ. And to be united to Christ means that whatever happens to Jesus happens to us.

Salvation is union with Christ and the Christian life is a life in union with Christ. The Holy Spirit unites us to Christ by faith, and united to Him in His death and resurrection, we know redemption & forgiveness in Him (Eph. 1:7).

When does this great plan take place? Well, verse 10 says ‘In the dispensation of the fullness of times’, and so we can be really tempted not to think too much about these verses because they sound like they’re just talking about something way far away in eternity future. Surely we’ve got more relevant stuff to be getting on with! [Although on that note, just remember that verse 3 tells us that in Christ we have ‘every spiritual blessing in the heavenly places’ (not the worldly places!) and we are encouraged to set our mind on things above (see Col. 3:1-3)].

But if we look at what the Bible says about the fullness of time, then perhaps we won’t think of this great purpose of God as so far off. ‘But when the fullness of the time had come, God sent forth His Son, born of a woman, born under the law, to redeem those who were under the law, that we might receive the adoption as sons.’ (Gal. 4:4-5). The fullness of time has already begun! It came with the coming of Jesus. 1 Cor. 10:11 tells us that those who live between Christ’s ascension and His return are those ‘upon whom the fulfilment of the ages has come.’ That means that God is already putting this plan into effect now.