Eve was a Christian 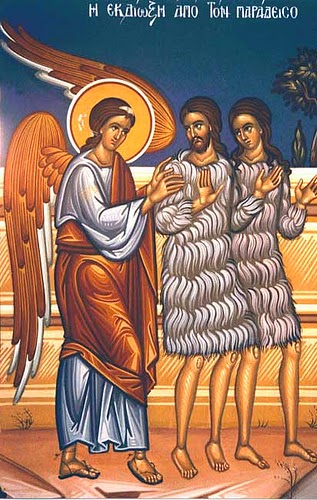 Have you ever wondered about Adam and Eve after they ate the forbidden fruit? We know what happened next. We know about the curse, but we also know about the promise of the Saviour. Adam and Eve not only heard the bad news of the punishment they deserved for their sin, but they also heard the good news of the gospel of Jesus Christ. The LORD God (the Lord Jesus) proclaimed His gospel Word of the Seed of the Woman who would come and, through His sufferings, crush the Serprents head, saving them from sin, death and the devil. The LORD God showed them that their own attempts to deal with their sin through the filthy rags of their fig-leaf clothes did nothing more than to add to their alienation from Him, and that instead of that, they needed Him to provide a substitute to die their death and in whom they could be clothed. Through Word and Sacrament, the Lord Jesus proclaimed the Gospel to our first parents.

But did they believe it? Did they have faith? Were they saved? Well, Eve certainly was. How do I know that? Because she tells us herself.

There’s a verse about Eve – in fact, a verse where Eve speaks – that we can easily overlook. You see, we can easily just think of it as the transition from one story to another and so miss out on the import of what Eve has to say.

What did Eve say? In our translations it might not look quite so astonishing. We’ve probably got something like ‘I have acquired a man from the LORD’, which would could very easily take merely as an acknowledgement of God’s help in child bearing or of the fact that ultimately it is the LORD who is the Giver of all children. And, admittedly, lots of modern commentators would approve of that – but maybe that’s only because the alternative is too incredible.

Instead of following so many of the modern commentators, I think we should read this verse like Luther did (which is simply a much more literal reading of the text). In that line, Paul Blackham gives a wonderfully clear translation of Eve’s words – ‘I have brought forth the LORD-man!’

Eve believed God’s Word. She believed the Gospel! And so she was looking forward in faith so much to the coming of the Saviour, that she thinks he’s come when she gives birth to her firstborn son. Now, we know she was wrong about that. We know that there’s a lot longer to wait before the coming of the Saviour. But it definitely shows us how full of trust Eve was in the LORD’s Gospel Word.

So she cried out, ‘I have brought forth the LORD-man!’ And if that’s not a confession of faith in the Incarnation, I don’t know what is! That means that what Eve was looking forward to wasn’t simply the coming of a deliverer, but the coming of the LORD God in the flesh to deliver. She was looking forward to the day when the LORD Jesus who walked with her in the Garden would come in human flesh, born of a woman, to bring us salvation and crush the serpent’s head.