Charismatics and the Ninth Anathema 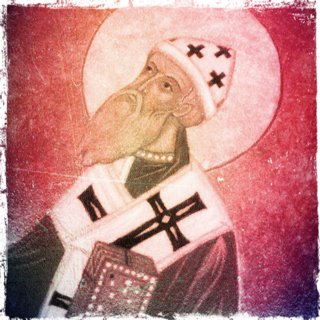 Have you ever heard a sermon or read a book where Jesus seems to function as nothing more than an example for us? You know, Jesus as an example of the perfect Christian life – with the implication that, if Jesus could do it, we should be able to do it too. I have encountered such talk a few times of late, and each time it leaves me dumbfounded. ‘Don’t you know who Jesus is? Don’t you realise that there’s a major difference between Him and us?’, I want to ask.

Now, maybe you think I’ve suddenly been listening to a lot of liberals who outright deny the authority of Scripture and the deity of Christ. But that’s far from the case. I’ve been hearing this sort of talk among pentecostals and charismatics, not old-fashioned liberals. Yet that also helps me see where this talk is coming from.

You see, there has long been a strand of thinking among some pentecostals and charismatics that looks to Jesus as the model of a man perfectly filled with the Holy Spirit. His miracles and healings are then seen, not as evidence of His deity, but as what can be done by a man perfectly filled with the Spirit. Even the descent of the Spirit upon Him at His baptism is sometimes seen as no more than a model of how we are to be filled with the Spirit. (I’ve even heard a few people speculate that Jesus must have spoken in tongues when the dove descended upon Him, even though the Bible says no such thing, for this very reason.)

Now, if you were to ask any of the people who have taught this if Jesus was God, I’m sure they’d say yes. Their goal was never to deny His deity, but simply to highlight His Spirit-filled humanity. Yet, it’s led some in the next generation to point to Jesus almost exclusively as an example that we’re to follow. Somehow this focus on Jesus receiving the Spirit from outside of Himself to cast out unclean spirits and accomplish divine signs as a perfect man in the power of the Spirit has led to an almost Pelagian-like focus on what we must do to please God (i.e. save ourselves) by following Jesus’ example.

Cyril of Alexandria was someone who understood this close connection. Back in the 5th Century Cyril devoted much of the last twenty years or so of his life to defending the proper biblical understanding of who Jesus is, which he saw was inseparable from our understanding of salvation. Without getting in to the ins and outs of the Nestorian controversy and Cyril’s opponents, I just want to point out one thing that Cyril wrote which is incredibly relevant to these ideas I’ve been talking about among pentecostals and charismatics today.

Cyril’s 9th Anathema is about the relationship between Jesus and the Spirit and goes like this:


If anyone says that the One Lord Jesus Christ was glorified by the Spirit, using the power that came through him as if it were foreign to himself, and receiving from him the power to work against unclean spirits and to accomplish divine signs for men, and does not rather say that the Spirit is his very own, through whom he also worked the divine signs, let him be anathema.

In his Explanation of the Twelve Chapters, Cyril explains this a bit more telling us that he’s writing against those who think that Jesus ‘did not make use of his own power in a God-befitting manner [to perform signs and wonders] but instead used an external power [from the Holy Spirit].’ Now, Cyril wasn’t denying that Jesus worked in the power of the Spirit, but what he was denying was that Jesus worked in the power of the Spirit ‘as a man like any one of us, or rather like one of the saints.’ Instead Cyril wants us to understand that Jesus ‘had as his very own the Holy Spirit which is from him and within him essentially and so he brought about divine signs, and even when he became man he remained God and accomplished miracles in his very own power through the Spirit.’

So, basically Cyril is arguing against a position very like that of those charismatics today who say that Jesus performed his miracles as a man perfectly filled with the Holy Spirit. And not only is Cyril arguing against this position, but he wants us to understand that it is an incredibly dangerous position. For Cyril it’s so dangerous that he pronounces an anathema. (Cyril was the Patriarch of Alexandria, so he got to do things like that!)

Why is it so dangerous? Because it introduces a separation between the deity and humanity of Christ, and so, in some way, divides the Saviour. And if the Saviour is divided that widens the gap between us and God. How? Well, now instead of One Mediator – the God-Man – we end up with an extra level of mediation. For if there were any separation between the humanity of Christ and his deity, then we’d need the human Christ as mediator to get us to the divine Christ to be our mediator to the Father. And when we make this separation, what sort of mediation do we get from a perfect man filled with the Spirit – no more than an example to emulate to climb our way up.

So, once we start separating Jesus’ humanity and His deity, we end up unravelling salvation and undoing grace. No matter how tempting it might be for us to look at Jesus in terms of a perfect example of man filled with the Spirit, that would be looking away from the gospel of the Word made flesh for us and our salvation.
Labels: Christology Church Fathers doctrine Holy Spirit incarnation Jesus Pentecostal theology