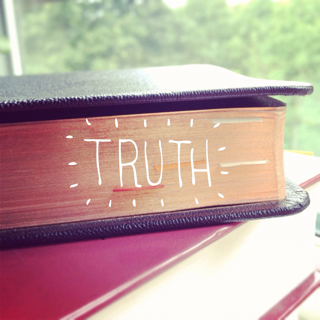 Something that seems to have been going on quite a bit lately is attempting to set Jesus over against Scripture. The most prominent example of course is Steve Chalke's recent article on Scripture and what he's said in his debates with Andrew Wilson. But I've also noticed similar ideas creeping in in much less blatant ways elsewhere. It might be cast in terms of contrasting Jesus with Paul, or Jesus with the Old Testament, but it still amounts to setting Jesus over against parts of the Bible.

Now, I've already written about the problems with Chalke's pitting of Christ against the Scriptures, so I'm not going to repeat that again today. Instead I want to look at what Jesus Himself had to say about the Scriptures, for when we do that, I think that helps stop us from creating artificial differences between the two.

Jesus Calls Scripture the Word of God
In the first of his debates with Andrew Wilson, Steve Chalke says of the Bible, 'I'm not sure it's helpful to call it the Word of God, because Jesus is the Word of God'. Unlike Chalke, Jesus has no problem whatsoever calling that Bible the Word of God. That's exactly what He calls it in Mark 7:13.

Jesus Tells Us That When the Scriptures Speak, God Speaks

In fact, not only does Jesus call the Bible the Word of God, but also refers to Scriptures as 'the commandment of God' (Matthew 15:3 referring to Exodus 20:12; 21:17, and Deuteronomy 5:16). Even more clearly again, in Matthew 22:31 Jesus asks, 'have you not read what was spoken to you by God'? Here he quotes the Angel of the LORD (which is Jesus Himself), but His question is not simply about a quotation in the Bible of something the LORD said, for He makes clear that what they should have read was spoken to them by God. He's not merely talking about the historical recording of an event - the Angel of the LORD speaking to Moses - but about God speaking in the written account of that event. The Angel of the LORD did not speak to them (well, at least not at the burning bush!), for they weren't there - they weren't even alive yet. But in reading the written text of Scripture God is speaking to them. Matthew 22:31 is very significant as it connects God's speaking with the written text of Scripture.

So, when Jesus calls the Bible 'the Word of God', He's not just using a fancy name for the book. No - He's telling us what it is in its very nature. According to Jesus the Bible is God's Word because it is God speaking. When the Scriptures speak, God speaks.

And He started right at the beginning, confirming the historicity of God's creation of the world, and of mankind as male and female (Matt. 19:4; Mark 10:6). He speaks of the murder of Abel, and when he does so it's in a context where it's very important for what he's saying that this is historical fact (Luke 11:52; Matt. 23:35). Likewise historical facticity is important when He speaks of Noah and the flood (Matt. 24:38-39; Luke 17:26).

Still staying in Genesis, Jesus speaks of Lot and the destruction of Sodom (Luke 17:29) and of Lot's wife (Luke 17:32). That's particularly significant, as the destruction of Sodom - which Jesus describes by saying 'it rained fire and brimstone from heaven and destroyed them all' - is something that would seem to fit into the category of things in the Bible that 'aren't like Jesus', according to those who try to set Jesus over against parts of the Bible. (I'm not agreeing with them that it's not like Jesus - instead I'm saying that they have a rather limited concept of who Jesus is.)

The historicity of Abraham, Isaac and Jacob (which Jesus confirms together with Moses' call at the burning bush) is very significant, as Jesus uses it to disprove the Sadducees' disbelief in the resurrection (Matt. 22:31-32; Mark 12:26-27; Luke 20:37-38).

Jesus Affirms the Inspiration of the Scriptures, Right Down to the Smallest Letter
Not only does Jesus tell us that the events recorded in the Bible really did happen, but He also tells us that every part of the Bible is inspired by God - and not just the general jist of it, but the very words. Jesus' discussion with the Sadduccees about the resurrection turns on the tense of a verb (Matt. 22:31-32; Mark 12:26-27; Luke 20:37-38). And even more strikingly than that, Jesus declares that not 'one jot or one tittle' will pass away from God's Word (Matt. 5:18). Jot was the smallest letter, and a tittle was a small part of a letter that distinguished it (a bit like what the cross on our letter t does). So here Jesus is talking about the inspiration of the very letters of Scripture. It's not just the big idea, or the general jist that's inspired by God, but every word of Scripture is God's word.

In John 5, Jesus speaks to the Jews about the Scriptures. There He tells them that Moses stands in accusation against them for their unbelief (John 5:45-47). But how could Moses do that? He'd been dead for centuries! The chapter ends with Jesus making it clear that this authority of Moses to condemn is found in Moses' writings. In other words, it's not so much Moses the man who has the authority to condemn them, but rather the Scriptures which Moses wrote. That's how authoritative the books of Moses, and all the rest of the Scriptures are: they have the authority to condemn us if we don't trust in Jesus.

But that's not the only way He submitted to the authority of Scripture. You see, He lived His whole life, not only in obedience to God's law, but also to fulfill the Scriptures. He did what He did, He ministered as He ministered (Matt. 13:14), and He died as He died (and rose as He rose for that matter) in submission to the authority of God's Word in order to fulfill it (Matt. 26:56; Luke 24:44-47).

Jesus Tells Us that the Scriptures are all about Him
Finally, one last thing about Jesus' view of Scripture. Jesus taught both His opponents (John 5:39-40, 45-47) and His disciples (Luke 24:27) that He is the subject of all the Scriptures. He goes so far as to say that, no matter how much we may know about what the Bible says, if we don't see Him and come to Him for life, then we don't actually know the Scriptures.

For Jesus it's certainly not a case of Jesus over against the Scriptures, but rather it's a matter of Jesus in all the Scriptures. Jesus is not an interpretative lens that allows us to pick and chose within the Bible. Rather He affirms the authority of the whole of Scripture, even to the point of submitting to the authority of Scripture Himself, for He knows that when Scripture speaks, God speaks.
Labels: Bible Jesus New Testament Word