There's no such THING as grace! 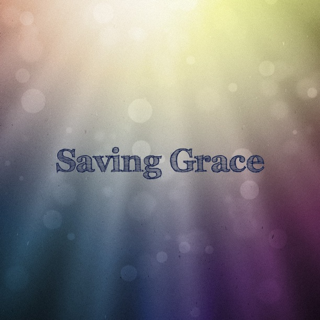 But hold on. There’s a big problem with thinking of grace like that. For, you see, if grace is a substance, then our salvation depends on our receptivity of the substance. Salvation becomes about how much of this thing called grace we’ve managed to get. If grace is help, well help can’t ever do everything (otherwise it wouldn’t be help!), and so we must bring some contribution to the equation. If grace is a power, then our response to this power in our lives becomes the important factor. So, if grace were a thing, then it would all boil down to us; what are we going to do with this grace for salvation?

And that’s how many people think. They think that God gives us something called grace to enable us to live for Him and serve Him. But that puts us in the drivers’ seat; it’s all about us and how we respond. It’s all about our cooperation with grace. So in that case, salvation wouldn’t be by grace alone, but by grace and our cooperation with grace. It wouldn’t be by faith alone, but by our living for God. It wouldn’t be in Christ alone, but in Christ plus what we do with Him! If grace were a thing, salvation would depend on something in us, and that would undo the ‘It is finished’ of the Cross.

In fact, although it’s what many good Protestants end up thinking about grace, that’s actually more the Roman Catholic concept. The Catechism of the Catholic Church teaches that ‘grace is the help God gives us to respond to our vocation of becoming his adopted sons’ (CCC 2021) and that grace is ‘infused by the Holy Spirit into our soul’ (CCC 1999). This is the big dividing issue between Roman Catholicism and Evangelical Protestantism. The Roman Catholics think grace is a THING. But there’s no such THING as grace.

So, perhaps as good Protestants, we might be prone to think more of grace as a principle. Some people think of it as the principle by which God works – He gives people what they don’t deserve out of sheer niceness. And so grace gets translated into niceness. God is nice and we should be nice. But if grace is simply niceness, that leaves a few big questions, the biggest of which is why did Jesus go to the Cross? For, if God works by the principle of niceness, then why doesn’t He simply forgive and forget?

Superficially both Shin Buddhism and Christianity teach salvation by grace alone through faith alone, but what grace is and what faith is are completely different. In Christianity, salvation isn’t found in a principle, but in a person – and His name is Jesus.