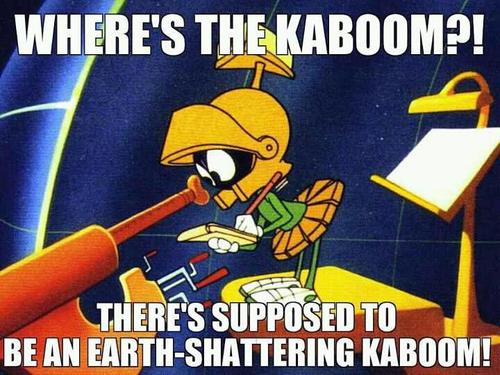 Welcome to, what I hope will be, an occasional series attempting to break down some of the myths that have grown up about Pentecostalism.  And to get the ball rolling lets dispel that myth that Pentecostals are all Arminians. When I first met a good friend of the Reformed persuasion, and he found out I was a Pentecostal, his first reaction was something along the lines of ‘Oooh, an Arminian!’ And that’s not the only time it’s happened. Now, it’s true, there are many Arminian Pentecostals. There are even whole denominations of Arminian Pentecostals in some countries. And, undoubtedly, that’s where the myth has come from, for the big Pentecostal denominations in the United States tend to be Arminian. In fact, in America they have what they call Holiness Pentecostalism, which comes out of the Wesleyan tradition (and Wesleyanism is a form of Arminianism). One of the first, and most influential, books on Pentecostal origins and theology, Dayton’s Theological Roots of Pentecostalism, concentrates on this Wesleyan branch of the movement in America, and so, as a result, Pentecostals in many countries which have no comparable movement, have read a Wesleyan Arminianism that was never there back into their own origins.

Of course, I’m most familiar with the situation in the Apostolic Church. In the early days of the movement Calvinism and Arminianism weren’t discussed as wholesale positions, but various doctrines which played major roles in either the Calvinist or Arminian scheme were. (Incidentally, the lack of Calvinist/Arminian binary debate highlights the fact that, although they’re the more common positions in the English-speaking world, they aren’t the only two alternatives. Lutheranism is a fully Protestant position which is neither Calvinist nor Arminian.) So let me just touch briefly on some of these.


Election and Predestination:
The doctrine of election was highly valued by the early Apostolics. According to one, 'election, with its design of Christ character, is treated as the central sun of God’s eternal purpose; all other teachings, however much we value them, are regarded as so many planetary satellites.’ W.A.C. Rowe favoured unconditional election, writing that ‘some must come’ to Christ for salvation. (Rowe wasn’t a classical Calvinist, but his view can be read as either a modified Lutheran approach, or a rather modified Amyraldianism.) In the early years of the movement, Prophetical ministry was given in the Penygroes Convention, accepted by the leadership, and later published in the Riches of Grace and distributed around the world, declaring: ‘Chosen and predestined are some, according to mine eternal purposes, unconditionally, according to the Divine decree that has found its essence in the Eternal One.’ Unconditional election is certainly not an Arminian doctrine!

Total Depravity:
It’s not just the first point of Calvinism, and an essential of Lutheranism, it’s also the first point of the second Tenet of the Apostolic Church. (Of course, some forms of Arminianism do accept total depravity too.)

An Effectual Atonement:
For the early Apostolics, the Cross didn’t simply give the possibility of salvation, it actually saves. Christ’s finished word brings about justification and sanctification (Tenet 4). Christ’s sacrifice on the Cross is an ‘atoning death’, not a potential atonement (Tenet 3). Arminianism posits a potential atonement, and so the Arminian American Assemblies of God writer Myer Pearlman has to use rather different language to describe the Cross, writing that ‘Christ’s death has made the reconciliation of all mankind to God possible’ (emphasis his). How different from the way the early Apostolics put it, like the Reformation positions of the Lutherans or Calvinists, pointing to an effective atonement. As D.P. Williams wrote. ‘the justification of sinners … [is] effectually procured by [Christ’s] propitiation.’ The Cross of Christ actually saves.

The Sovereignty of God
God’s Sovereignty was also a vitally important doctrine to the early Apostolics. At the centre of their theology stood God’s Eternal Purpose concerning Christ and His Church, and so they stressed the sovereignty of God in the certainty of His purpose coming to pass. As W.A.C. Rowe put it, ‘Crowning the sun of all God’s qualities and abilities is His perfect and holy will (Romans 12:2). He executes His counsels and judgements and carries out His eternal purpose and none can stay His hand.’ Elsewhere he writes of Christ’s sovereignty ‘encircl[ing] individual life’. D.P. Williams wrote that ‘He rules over His foes to bring His purposes to pass. He keeps all His creatures to the end that they … may be instrumental to bring into effect His grand designs … Omnipotence rules all.’ He also stressed the sovereignty of God’s grace: ‘grace, through Jesus Christ our Lord, is omnipotent.’

So, Not All Pentecostals Are Arminian
Don’t get me wrong, I haven’t set out to prove that the Apostolic Church was either Calvinist or Lutheran; it wasn’t, it was Apostolic! (And remember, the point of this series is exploding myths, not building up positive cases.) But what is clear is that many (if not most) of the early Apostolics weren’t Arminians. Yet they were Pentecostal. And that’s just the Pentecostal movement with which I’m most familiar. I don’t know what exactly can be said about the early days of Elim or the AoG, but I do know of Calvinistic pastors who sit very happily in those movements today. So, the next time someone tells you all Pentecostals are Arminians, tell them it’s just not true.
Labels: Apostolic Church atonement Cross doctrine election Pentecostal salvation theology