Some Perspective on Baptism in the Holy Spirit 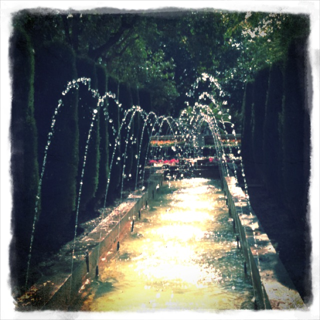 A chat with some friends after church on Sunday night has got me thinking about the baptism in the Holy Spirit. And then, lo and behold, I see that Andrew Wilson has been blogging along much the same lines.
Both my friend on Sunday evening and Andrew Wilson in his blog post pointed to great godly leaders used mightily by God, but who don't fit into the Pentecostal model of baptism in the Spirit.
Now, no one's suggesting that such examples undo the doctrine of Spirit baptism (which, ironically, would be to let experience rather than Scripture govern our theology, something which Pentecostals frequently get accused of in the exact opposite direction!). However, such examples should give us pause to think. Sometimes the way some Pentecostals speak, you'd think that no one had been baptised in the Spirit between the first century and the twentieth. And yet then the same people often emphasise it to such an extent that it sounds like the Christian life is impossible without it! So what does that say about 1800 years or so of church history? 1800 years which included the Reformation, numerous significant revivals, and the beginning of the modern missionary movement. 1800 years during which the church stood firm through both persecution and heresy. Those 1800 years cannot be ignored.
I think the big issue here is how we can both affirm a robust doctrine of Spirit baptism and yet eschew an ungodly elitism. We are not better than those who have gone before, and to think we are is simply sin!
One way some Pentecostals / charismatics have attempted to do this is to try and read our doctrine back into the intervening centuries. I think there is some value here, but also some real danger. The value is that it overcomes the idea that the Spirit was silent from the end of the first century to the beginning of the twentieth. The danger, however, is in anachronistically reading our doctrine back into the lives of people who would have expressed their experiences in a rather different way. And it still doesn't even grapple with those in our days who have spoken out against Pentecostal / charismatic teaching on the baptism and gifts of the Spirit, yet have known a great anointing and fruitful ministry.
Now, I am a Pentecostal. I wholeheartedly believe that our doctrine of the baptism in the Holy Spirit is both biblical and important. But that doesn't mean we don't still have issues with which to grapple.
And one of those issues is that of elitism and relative importance. It's not baptism in the Holy Spirit that makes us Christians (that's the whole point of the doctrine of subsequence), rather it's receiving and resting on Jesus as He's offered to us in the gospel. That means we must not act as if the baptism in the Holy Spirit were the most important thing. The gospel message of salvation by grace alone, through faith alone in Christ alone is much more fundamental than a Pentecostal doctrine of Spirit baptism. So let's give it its proper place.
A true conception of baptism in the Holy Spirit has to give the gospel its proper place, because a true understanding of Spirit baptism recognises that it is an encounter with the Triune God, which is gift of grace poured out by the Crucified One. I suppose my worry is that we too often trade in a proper biblical understanding of Spirit baptism for a few words in tongues and then think we've arrived!
Labels: Baptism of the Holy Spirit doctrine gospel Holy Spirit Pentecostal theology