History: Does it matter? 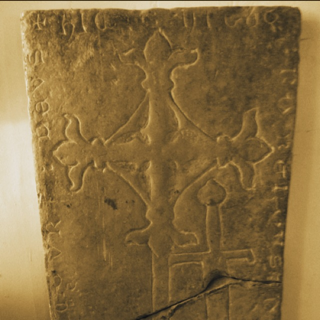 History is important. But just how important is it? I suppose that depends on what history we're talking about. Christianity is grounded in history and can't exist without it. That's because the gospel message is the message of God entering into history in the life, death and resurrection of Christ. 'Christ has died, Christ has risen, Christ will come again' is a historical message. Christianity isn't about some moral philosophy; it' about the God-Man who lived for us, died for us and rose for us. That sort of history is 'of first importance' (1 Cor. 15:3 ESV). Gospel history we can't live without!
But then there's other history: the history of great happenings in the life of the Church over the last 2 millennia. That history is important too. It helps us understand where we are today. Athanasius and Augustine, the Reformation and the Revival — they've all made they're mark on our church life today. This history is there. It's important. But it isn't history that saves.
Now, I'd love people to know about Athanasius and Augustine, the Reformation and the Revival. But whether or not they've read De Incarnatione and the Heidelberg Catechism, that history is still (hopefully) having an impact. And a visit to either Alexandria or Wittenberg would be of nothing more than historical interest (and the same goes for Jerusalem or Bethlehem for that matter!). It's not the dates or the architecture that impacts us today, but the Biblical truths which were defended or recovered.
In that light, I suppose it would be logical for me to argue that artefacts and buildings don't matter. Yet, somewhere deep down inside me there's still an historian. I know that, spiritually, buildings and artefacts aren't important, but, historically, I think they are. The things which remain from the past aren't more spiritual, but yet they point people to historical events which, in turn, point us to biblical truth.
Why am I reflecting on buildings, artefacts and history? Well, simply because I saw a report on the BBC about the impending fate of one of the key buildings from the Welsh Revival of 1904-1905. (You can see the report here in Welsh or in English.) I've been there to visit, and the historian in me would be sad to see it go. But then the historian in me doesn't have to pay for it's upkeep.
Labels: random musings