How An Ungodly King Points Us to Jesus 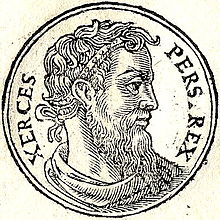 Last week I arrived at a Bible study group to be told (on the spot as the meeting began),  'Pastor, we're going to study Esther.' Normally when it comes to a Bible study, I like a bit of time to prepare: do the exegesis, think of some questions that will get to the point of the passage, that sort of thing. But, as the meeting was already beginning, I was left armed with only 3 things: 1) The knowledge that 'All Scripture ... is profitable for doctrine, for reproof, for correction, for instruction in righteousness' (2 Tim. 3:16), even the bits about wicked pagan kings; 2) Confidence that when the Bible says that Jesus 'expounded to them in all the Scriptures the things concerning Himself'(Luke 24:27), it really does mean 'all the Scriptures'; and 3) a prayer for the help and illumination of the Holy Spirit. And so commenced a study of Esther 1!

Zooming in on the aforementioned confidence in Luke 24:27, how on earth does a chapter about a Persian king, his luxurious feast, and the reason for his getting rid of his queen have anything to do with Jesus? The other question I suppose you could ask is how on earth does it have anything to do with us today? After all, most of us don't rule over 127 provinces or throw 180-day-long parties. We're not going to get any tips from Ahasuerus on ruling our empires or throwing the party of the century. (Neither, by extension, are we going to learn lessons from him on leadership or attracting a crowd.) There's only one way that Ahasuerus and his party can be relevant to us today: by pointing us to Jesus.
So how? Ahasuerus is a selfish king. He throws this feast in order to show 'the riches of his glorious kingdom and the splendour of his excellent majesty' (Esther 1:4). He's not being kind to his officials; rather, he's brought in people from all over his 127 provinces to show off, so that they'll go back and make sure everyone from India to Ethiopia knows how great, rich, glorious, majestic and powerful the king is. He's a selfish king who wants to be the centre of attention, and that's why he throws the feast. It's all about what he gets out of it.

But Jesus isn't like that at all. Yes, He's a king, and a powerful one at that, but He's not a selfish show-off king. And that's exactly how Ahasuerus  points us to Jesus. When we see how bad a king Ahasuerus is, we see that that's not the way it's supposed to be, and that points us to God's promise of a good King, of the best King, of our Redeemer King.

We can find the antithesis of Esther 1 in Revelation 19:6-16. There again we have a powerful King, His feast and His bride. But this time it isn't Ahasuerus: it's Jesus. Like Ahasuerus Jesus is the mighty King of a great Kingdom, but unlike Ahasuerus He's a good and benevolent King. Jesus' feast isn't a way of showing off. It isn't about what He can get out of it. No. It's about what He gives. His feast is the 'marriage supper of the Lamb' (Rev. 19:9) and even it's name shows it's benevolent nature, for as the Lamb this King is the One who was slain for the sins of the world. Jesus invites us to His feast through His atoning death in our place. Jesus brings us in to His banqueting Table by humbling Himself to serve us by giving His life as our ransom. Jesus' feast is all about what He freely gives. Jesus' feast is a gracious feast.

And Jesus' Bride is a loved Bride. King Ahasuerus clearly didn't love Vashti. She was his wife because she was beautiful, but when she refused to be put on display as his trophy (another thing for him to show off), she was disposed of. Ahasuerus had no qualms about getting rid of his bride. But Jesus isn't like Ahasuerus. Jesus will never abandon His Bride, His Church.

Unlike Vashti, there's no big deal made about the beauty of Jesus' bride. Instead, Revelation 19 focuses on her clothes! 'And to her it was granted to be arrayed in fine linen, clean and bright, for the fine linen is the righteous acts of the saints.' (Rev. 19:8) The Church's beauty isn't something intrinsic to her, but something that she's been clothed with. It's something that's been granted to her. And who can grant anything to a queen except a king, so it's something that she gets from King Jesus. Jesus comes and clothes His Bride with His righteousness, despite her imperfections, blemishes and failings. And through being clothed with His righteousness she becomes beautiful. (And the righteousness with which she's clothed is then seen in righteous acts - in the words of Eph.2:8-10 'For by grace you have been saved through faith, and that not of yourselves; it is the gift of God, not of works, lest anyone should boast. For we are His workmanship, created in Christ Jesus for good works, which God prepared beforehand that we should walk in them.' Justification leads to sanctification.)

Instead of abandoning His Bride because of her failings, Jesus as Lamb gives Himself for her (Eph. 5:25) and then clothes her with His righteousness. He's never going to leave her nor forsake her. He's not at all like  Ahasuerus.

So there we go. Esther 1 points us to Jesus because the failings of the self-centred king at the show-off feast who spurned his bride point us to the glories of the self-giving King with the gracious feast who'll always love His Bride.
Labels: Bible Jesus Old Testament