Why What Happened in 1916 Happened: D.P. Williams, Hutchinson and the Parting of the Ways 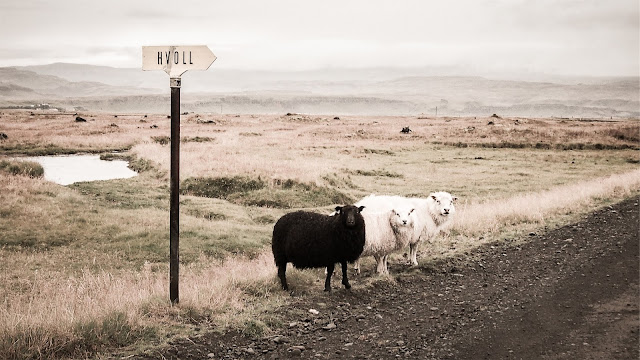 On 8th January 1916, D.P. Williams and the Welsh churches that were connected to the Bournemouth based Apostolic Faith Church led by William Oliver Hutchinson broke all ties and fellowship with Hutchinson and the movement he led. But why? (And that ‘why?’ is an important question, because the answer determines whether what the UK Apostolic Church is celebrating this year is something good or something bad.)

In his history of The Origins of the Apostolic Church in Great Britain, James Worsfold seems to put the break with Bournemouth in 1916 down to Welsh national sentiment (and particularly to the issue of the Welsh language), along with the centralising of control of finance in Bournemouth. In other words, Williams and the Welsh couldn’t cope with English control. As his book is the most detailed and widely read account of the origins of the movement, Worsfold’s interpretation of the events of January 1916 have had a wide influence, but that doesn’t necessarily mean he’s correct.

Luke Worsfold (James’ son) actually charges the Apostolic Church with being ‘schismatic’ (a charge of a very serious sin indeed!) for breaking with Bournemouth. He seems to attribute a lot to jealousy and rivalry (e.g. between D.P. Williams and Andrew Murdoch for who would be Hutchinson’s ‘right hand’; over which prophets would be favoured – Jones Williams or James Dennis and Mrs Kenny). And, again, like his father he brings in the charges of Welsh national sentiment and the increasing institutionalisation and centralisation of the AFC.

Both Worsfolds rely heavily on anti-Apostolic souces. There was no great love for the AC from the AFC after 1916, therefore AFC sources are unlikely to be objective or sympathetic. AFC propaganda painted the AC as enemies. Worsfold spoke to children of AFC leaders, who inherited the story of the split from their parents: not eyewitness accounts, but inheritors of a very-likely rather biased account.

In fact, the accusation of Welsh national sentiment from the Worsfolds just doesn’t make sense. Within a month of the split, the Williams brothers had gone to England to minister to people there who had also come out of the AFC. So the parting of the ways wasn’t only confined to Wales, and the Welsh ministers were concerned for the well-being of their English brethren. In March 1916 – only two months after the split – a convention was held in Penygroes with English and Scottish preachers. In fact, during that convention Robert Jardine, an Englishman, was called through several prophets to the apostleship, and ordained by D.P. Williams and Thomas Jones (the Apostolic Church’s only two apostles at the time). Therefore, the very first apostle ordained in the Apostolic Church after the break with Bournemouth was an Englishman working in England!

In the summer of 1916 the Williams brothers ministered at conventions in Bedford and Smethwick, and during that year an Apostolic assembly began near Dover with cottage meetings. Also, the first issue of Riches of Grace (April 1916) is half and half Welsh and English, despite the overwhelmingly Welsh-speaking membership, so that demonstrates that they were looking out beyond their own familiar Welsh-speaking environment. Within the first year of its existence, neither the Welsh language nor Welsh national sentiment seem to have been a factor at all!

As for Luke Worsfold’s insinuations of jealousy and rivalry, they just don’t match up with any accounts of D.P. Williams from people who knew him. Donald Gee (a significant early AoG leader) knew both D.P. Williams and Andrew Turnbull and, despite serious theological disagreements with the Apostolics, he could only say good things of those two early leaders. About D.P. Williams, Gee wrote: ‘Mr Williams proved himself a Christian of sweet and gracious personality, and no mean ability in spiritual ministry and organising gifts.’ (Wind and Flame, p.104)

Gee’s outsider account of 1916 is also of interest (as he wasn’t a fan of either the AC or the AFC). Gee attributes 1916 to ‘grave errors and extravagances on the part of Hutchinson.’

AC sources were reticent to speak of the split, yet also made very plain that they had no connection with the AFC (e.g. first issue of Riches of Grace). So, although the separation was clear, there was no construction of an anti-Hutchinson/AFC propaganda narrative.

In fact, Hutchinson and the AFC were already alienated from the rest of British Pentecostalism long before 1916, and in subsequent years any Pentecostals who had had a connection with Hutchinson or the AFC tended to try to keep it very quiet (e.g. George Jeffreys, founder of Elim, who was probably ordained by Hutchinson and it also seems may have been baptised in the Spirit through prayer from Hutchinson) due to Hutchinson’s ever-increasing doctrinal error. So it is unsurprising that the early Apostolics were reluctant to speak about their former connection to the AFC.

While T.N. Turnbull is very reticent in mentioning Hutchinson and the AFC in his books, I think the hints he gives are significant. In Brothers in Arms (p.44) he makes clear that the break with Bournemouth wasn’t simply a decision of D.P. Williams, but of the presbyteries of the Welsh assemblies. He also mentions both wisdom and guidance. Given the context, and who is writing (Tom Turnbull was a prominent prophet in the Apostolic Church), I suspect that he meant that there had been wisdom and guidance through the Voice Gifts. In What God Hath Wrought (p.20) he simply says that the link was ‘terminated because of several things that the Welsh assemblies disagreed with in church administration.’ While that could be read in a way that supports the Worsfolds, going by the other evidence available, I think Turnbull’s talking about something rather deeper than constitutions or centralisation – I think it’s to do with theology and principles of church government.

Certainly, that’s what’s apparent in D.P. Williams’ accounts. His focus is not on centralism or constitutions, but on the role of Hutchinson as ‘Chief Apostle.’ Hutchinson claimed infallibility for himself and denied prophets the right to speak unless everything they said agreed with him. Neither could other apostles disagree with his pronouncements. Therefore, the other apostles weren’t allowed to bring Scripture to bear on Hutchinson’s pronouncements. Hutchinson was setting up a system of government vested in one (supposedly infallible) man, and a system which abandoned Sola Scriptura by subordinating the authority of Scripture to the authority of the ‘Chief Apostle’.

D.P. Williams, on the other hand, insisted on the right of the prophets to prophesy, and always advocated collegiate apostleship and plurality of elders, standing strongly for the supreme authority of Scripture. (Hence the significance of the first post-January 1916 apostle being ordained, not just by D.P. Williams, but by D.P. Williams AND Thomas Jones, as well as Turnbull’s insistence that the split was the decision of the Welsh presbyteries.)

Furthermore, I think the ‘Apostolic Vision’ played a significant role here. In my PhD research I’ve traced D.P. Williams’ reception of the Glorious Vision to sometime between 1914 and the beginning of 1916. The Apostolic Vision is centred on Christ the Head and the Church His Body. So D.P. Williams’ new understanding of Headship and the Body would tie in with the disagreement between one-man infallibility and collegiate apostleship. For D.P. Williams, collegiate apostleship is always tied to Christ’s Headship: Jesus is the true apostle, and all human apostles simply share in His apostleship; thus no single human apostle can exercise the fullness of the ministry that is in Christ.

If the Worsfolds are correct and 8th January 1916 came about as a result of jealousy, rivalry, pride and national sentiment, then it was something to be lamented rather than celebrated. But the evidence doesn’t stack up in favour of the Worsfolds’ interpretation. Rather, the evidence points to January 1916 as a theological stand against a leader and a movement who were quickly drifting into serious doctrinal error. On 8th January 1916, D.P. Williams and the Welsh assemblies made a stand for a biblical ecclesiology and Sola Scriptura. They rejected non-biblical claims of Hutchinson’s infallibility, of one-man governance of the churches, and of the subjection of the Word of God to the office of chief apostle.

And so what they did is indeed something to be celebrated, for they stood for the authority of the Word of God, and removed from fellowship those who set themselves up above the Scriptures and sought to lead God’s people astray. In January 1916 D.P. Williams and the Welsh presbyteries dealt with a serious threat to the church from false teaching, and pointed the church instead to the unassailable authority of Scripture for every aspect of her life, and to Christ as the one true Head of the Church.
Labels: Apostolic Church history