The Glory of the Lord (by D.P. Williams) 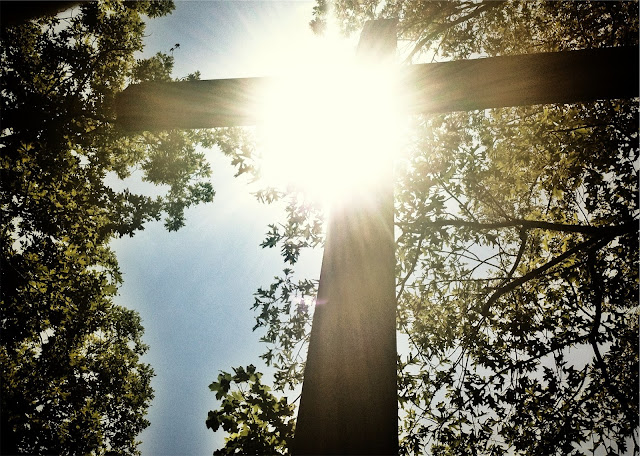 (Today the Apostolic Church is giving thanks in Penygroes for last week's centenary. So, instead of me writing something for you, I thought it only appropriate to give you an article from the pen of D.P. Williams instead.) 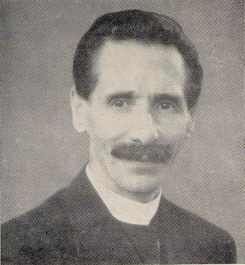 The object of revealing God’s glory is presented to us very frequently in the sacred page. ‘And all flesh shall see it together: for the mouth of the Lord hath spoken it.’ What then are we to understand by God’s ‘Glory’? Is it the Divine and glorious essence whereby Jehovah is what He is? – Infinitely blessed and glorious, transcendently above all else, and comprehended by none but by Himself; in His Being and perfection, infinite, eternal and unchangeable?

‘No man hath seen God at any time, nor can see.’ He alone hath immortality, and dwells in that Light which is inaccessible and full of glory. He is King Eternal, Immortal, and Invisible, as He declared unto Moses: ‘No man can see My face and live.’

Truly we read of His Glory (as it has appeared from time to time) as a luminous object, the brightness of which surpasses the sun at mid-day, attracting and commanding the attention of the spectator with its dazzling power. This appearance to the senses of the human was very common under the Old Testament economy, when the Angel of the Covenant (our Lord Jesus Christ) appeared. On that account the language of our text primarily refers to His appearances of old, pointing on however to the time when the Glory of the Eternal Son of God would be clothed in the flesh, as Son of Man. We read of Him in Exod. xxiv. 16, 17. ‘And the Glory of the Lord abode upon Mount Sinai, and the cloud covered it six days: and the seventh day He called unto Moses out of the midst of the cloud. And the sight of the glory of the Lord was like devouring fire on the top of the Mount in the eyes of the children of Israel.’ It is for the same reason that the Ark is styled ‘the Glory of the Lord,’ and when the Lord permitted the Ark to be taken by the Philistines, it was declared by the dying wife of Phineas (Eli’s son) ‘Ichabod.’ ‘The Glory is departed from Israel: for the Ark of God is taken.’ (1 Sam. iv.22). ‘And delivered His strength into captivity, and His Glory into the enemy’s hands.’ (Ps. lxxviii.61). The cloud that filled the Tabernacle and the Temple at their dedication is expressed to be the Glory of the Lord, which filled the House of God. The Shekinah, the symbol of His Divine Presence, was a bright illumination between the cherubim, but in that fashion it has long since disappeared, together with the furniture of the Temple.

What, again we may ask, is ‘the Glory of God’? What do we mean by the Glory of Man? Do we not conceive that it is some excellent and honourable quality in Him whereby He is distinguished from another? The glory of the wise man is his wisdom. The glory of the mighty man is displayed in his strength. The glory of the first distinguishes him from the rude, foolish and illiterate: the glory of the second marks him out from the weak and the timid. Any excellent glory found in man as a finite being is surely resident in God as Infinite, above all His creatures and His works. The glory of the sun is not only in the brightness of its rays, as it appears filling the day from dawn to dusk, but its components, the harmony of all that composes the light and the heat, make up that glory.

By the immediate revelation of God’s Glory is meant what He makes known of Himself to us directly, without the intervention of man. A mediate revelation is the conveyance of God’s counsel to man by means of men – by prophets, by His Son, by the Holy Spirit, and by the various administrations in His Church. It was the revelation of God’s Glory that made Israel a peculiar and distinguished nation above every other nation. ‘He gave His statutes to Jacob, His commandments and judgments to Israel. He hath not dealt so with any other nation. Happy art thou, O Israel; who is like unto thee!’ All the Jewish economy was a symbolic revelation of God’s Glory. The Glory of the Lord shall be revealed in the preaching of the Gospel. ‘The heavens declare Thy glory, and the firmament Thy handiwork.’ The sun and moon and stars express His glory, but the glory of His counsel is not there. It is the revelation of God in Christ which reveals that. It is the privilege of God’s servants to declare the glory of His plan of salvation, and the work of reconciliation. In that plan God reveals Himself in the fulness of His glorious character, as the eyes of man are able to bear the radiance of His glorious Light, and as His saints, by the ministry of the Holy Spirit, are enraptured by the transcending glory of His Person, in redeeming grace. This alone is the knowledge which cures souls of all their moral maladies and deadly distempers.

Other knowledge adds only to the intellectual pride: this settles and composes them. Other knowledge is apt to swell men to high conceits and opinions of themselves: but this makes them to think soberly. The value of all other knowledge can be ascertained, but the value of this cannot be told. St Paul said, ‘God forbid that I should glory save in the Cross of our Lord Jesus Christ.’ We as Apostolic servants and saints can glory in the same. Herein all who are divided can be united; jarring interests and discordant attributes (though commenced by grace, but having lost the divine purpose of that grace) blend here at the Cross. We behold the blending of Deity and dust, majesty and meanness, life and death at the Cross, for here the interests of the Creator and the creature meet, the sovereign and the subject. Heaven and earth, time and eternity, grace and mercy kiss each other, righteousness and peace embrace each other on Calvary. Spotless justice, incomprehensible wisdom, infinite love shine together on a guilty world, their beams mingling with eternal splendour. Nowhere else does justice appear so awful, mercy so amiable, or wisdom so profound. Here shines the noonday of eternal love, the meridian of melting and everlasting mercy.

It is easy to conceive the righteousness of God in the punishment of sin, but the Cross declares His righteousness in forgiving sins; for there the Son of God magnified justice and forgave sin in one act. Justice receives its due reward, and is made honourable; and mercy smiles on Man. Both the Law and the sinner glory in the Cross, for there both receive eternal glory and honour. Here the sinner reads of his fall and of his rise, his ruin and recovery, his deserts and deliverance; of what sin hath done, and what Christ can do. Here he sees the enormity of guilt, and excellence of forgiveness; the price and the purchase, the cup of wrath and the cup of salvation. Here the works of the devil are destroyed, and the principalities and powers vanquished. Well may we join the saints of all ages in sacred transports of ecstacy and of rapture, to express high esteem, exalted sentiment, and profound veneration for all that has been revealed to them and to us in the glory of the Cross.

O grand, mysterious and glorious wisdom of the Cross! In this do we not see created and uncreated excellences? All the glories of the Godhead are here mingled with the gentlest beauties of a perfect Man. Are not all the attributes of the Divine Nature here eminently displayed towards us to their uttermost extent, perfection and harmoniousness? The attractive influence and power of the Cross within us has caused us to triumph gloriously. Our present state determines what amount of that glory has been revealed to us; if in part, then our victory also is in part; but if this glory has blinded us to all that concerns our earthly fallen state, and if it has transfigured our lives to the heavens, then indeed we have allowed its influence to take its predetermined course. For God has purposed that the Holy Spirit sent from the Glory should bring that Glory to indwell us as a Body, the Church. It is a heavenly heritage not of earth. For the nature, power and purpose of Salvation is to find His Redeemed fully conformed to His Image. When He shall appear to His saints in glory, He shall be glorified in the glorious company that He will present to Himself, and to God the Father. We shall behold His Glory, for we shall see Him as He is.