Seeing the Trinity in the Old Testament: 4 Rules for Reading from Martin Chemnitz 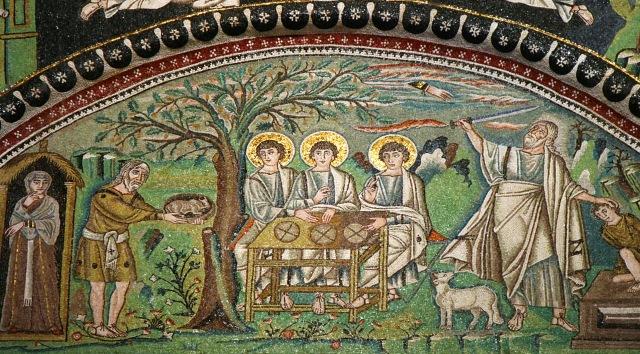 But, for a variety of reasons, some Christians just aren’t used to reading the Old Testament that way. So, if you’re more used to reading the Old Testament simply in terms of ‘God’ rather than the Trinity, here’s some help for you from Martin Chemnitz (a great theologian from the second generation of the Reformation – although, Martin would want you to know that this isn’t something new he came up with, but rather he’s boiling down the principles passed on by a millennium and a half of theologians and Bible teachers before him into 4 rules).

1. ‘When Scripture speaks of God in the plural, it is certain that there is a reference to the plurality of persons.’

Chemntiz insists we should understand these plurals as indications of the Trinity. And he wasn’t blindly holding onto some sort of naïve, pre-critical idea when he argued this. Chemnitz was quite aware of contrary arguments (like the idea of a plural of majesty) but shows that these are ideas that have been ‘recently dreamed up’ in order to find a non-Trinitarian alternative reading.

Instead of turning to such novelties, we should hold onto the ancient understanding of the Christian church, that the plural references to God are ‘hinting at the Trinity in unity and the unity in Trinity.’

2. ‘Wherever you read in Scripture that God is speaking about God, as a person about a person, there you are safe in affirming that the three persons of the Deity are indicated. For when two persons are named at the same time, the person of the Holy Spirit who is speaking in the Scripture is indicated.’

The ‘Second Martin’ (Chemnitz) gets this rule from ‘the First Martin’ (Luther – specifically his Treatise on the Last Words of David). Some passages of Scripture that fall under this rule include Hosea 1:7 (‘Yet I [God] will have mercy on the house of Judah, will save them by the Lord their God’) and Gen. 19:24 (‘Then the Lord rained brimstone and fire on Sodom and Gomorrah, from the Lord out of the heavens.’).

Chemnitz does admit that these ones are a bit more obscure. But his example from Numbers 6 gives a good idea of what he means here. It’s the Aaronic Blessing:

Compare this threefold benediction from the LORD with the Trinitarian benedictions of the New Testament.

4. ‘Often not only the repetition of names hints at the persons of the Trinity in the Old Testament, but the description is such that of necessity it is manifest that the context pertains to the differences of the persons in the unity of the essence.’

Here, not only is God’s name repeated, but both persons do what only God can do. A very well-known Scripture that demonstrates this rule is Ps 110:1: ‘The LORD said to my Lord, “Sit at My right hand, till I make Your enemies Your footstool”’ (cf. Matt. 22:41-46 and parallels; Acts 2:34-36), where the LORD is distinguished from, and speaks to, David’s Lord, who sits with Him at His right hand, sharing His power and authority!


So there you go, 4 rules for reading to help you see the Triune God in the Old Testament. (If you want to see a bit more of what Chemnitz has to say about these rules, and some more Scripture passages he gives as examples, you can find that on pp.90-91 of the first volume of his Loci Theologici.)
Labels: hermeneutics Old Testament Trinity