Do Christians and Muslims Worship the Same God?: An Answer From the Reformation 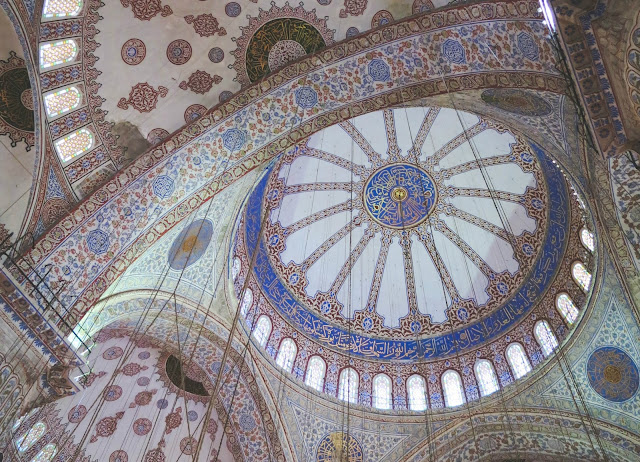 Over the last month or so, the statement by a lecturer at an evangelical university in the United States that Christians and Muslims worship the same God has stirred up rather a lot of controversy. But this isn't a new question for the 21st century that's never been raised before. Back at the time of the Reformation, for example, Philip Melancthon addressed the issue in his Loci Communes (the first Protestant work of systematic theology). Here's what Melancthon had to say:


Thus since Christ has been delivered, crucified, and raised again, and since the light of the Gospel has been recognized, we make this witness our own, we keep our gaze on this Son, and we learn from Him these two points: who God is and what His will is.

Thus we wisely and eagerly separate our worship from that of the heathen, the Turks, and the Jews. For true worship differs from false worship particularly in these two very important points: the question of the essence and the question of the will of God. Even though the Turks say that they worship the one God, the Creator of heaven and earth, yet they reject the true God because they deny that He who sent His Son as the Mediator is the true God. Thus they do not worship correctly. For there is an eternal and immutable rule, set forth in John 5:23, “He who does not honour the Son does not honour the Father.” The Turks err first in regarding the essence of God because they create for themselves a god who is not the Father of Jesus Christ.

On the other hand, the church of God affirms that He is God and Creator of all things who has revealed Himself in the Son whom He has sent, in the Gospel which He has given, and in the great testimonies which He has made and which are recorded in the writings of the prophets and evangelists. Thus a person first judges concerning the essence of God not on the basis of human imagination but on the basis of the Word of God and the sure testimonies which have been revealed to us in the Word. …

The three persons of the Godhead, although in the first chapter of Genesis they are referred to in a rather obscure way, yet are gradually revealed more and more clearly. The Father, by speaking, begets the Word who is the image of the eternal Father. And of the Holy Spirit it is expressly said, “And the Spirit of the Lord was moving over the surface of the waters” … Finally, in the New Testament the three persons are most clearly revealed in the baptism of Christ, where the Father says, “This is My beloved Son,” and the Son is seen standing publicly in the river, and the Holy Spirit sits in visible from upon the Son. We should look carefully at this revelation, separate our thoughts about God from pagan, Turkish, and Jewish notions, and worship only the eternal Father who has revealed Himself in sending His Son Jesus Christ and in showing His Holy Spirit. …

We should also think of Him as He has revealed Himself. The heathen and the Turks also boast that they worship this God who created heaven and earth, but they boast in vain because they err in their minds and do not wish to listen to the Creator as He reveals Himself in His Word and by the sending of His Son. Therefore they stray from the true Creator and make for themselves creators according to their own speculations. Thus in every thought about God and in all of our worship we must keep our minds on Christ, who has been sent in the flesh and was crucified and raised from the dead. We must firmly believe that He is truly God the Creator, who has sent this Son and has given the church His Gospel.

For a 21st century answer to the question, have a look at Glen Scrivener's 'Is the Allah of Islam the Father of Jesus?'.
Labels: Islam Jesus theology Trinity