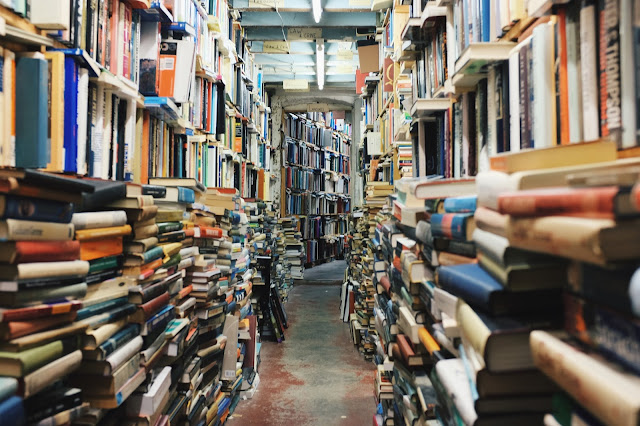 I’ve read an awful lot this year, but what with finishing up my PhD, a lot more of it than usual was probably very academic. So I’ve got a lot less variety to go on, and the only books actually published in 2015 that I’ve managed to read are ones that I’ve had a very good reason to read straight away. But hopefully you’ll still find something interesting on my top 10 list!

Top Book I read this year:

Hermann Sasse, This is My Body: Luther’s Contention for the Real Presence in the Sacrament of the Altar


I picked this book up for 50p a few years ago in a second hand theological bookshop up in Co. Durham. And for the next few years it sat on my shelf and gathered dust, for little did I realise how great a work was contained within those old hardback covers with their torn dust-jacket.

This is a superb book which is both theologically and historically rigourous and a pleasure to read. Sasse not only sets out Luther’s position on the Lord’s Supper, but demonstrates the importance of Luther’s unswerving stand by laying out the historical and intellectual background. He then traces Luther’s teaching on the sacrament from his early thought, through the eucharistic controversy, to the Marburg Colloquy and its aftermath. The section on the Marburg Colloquy includes a reconstruction of each of the discussions. Beyond the lifetime of Luther himself, Sasse continues his historical discussion up to the Formula of Concord, and then concludes with a final chapter addressing today’s church. (Yes, Sasse’s book was first published in 1959, so you could argue that it’s addressed to the church of half a century ago, but it’s just as relevant now as then.)

Sasse is rigorous, but never tedious. Although English was not his native language (something which he himself seems to consider a weakness of the book in his preface), his prose is easy to read and the entire work is gripping. This is a serious work of history and theology, but it is not a difficult work of history or theology for the reader. If only more theological works were such a pleasure to read!

Sasse’s work lays out Luther’s position on the Lord’s Supper clearly and in context, and this clarity of presentation and historical context clears away many common misunderstandings of Luther’s eucharistic doctrine. Above all, the reader will leave this book with the clarity that what was at stake for Luther was not a philosophical explanation of the sacrament, but faith in the Word of God. As Sasse presents so clearly, for Luther, the sacrament is the gospel. (And if you think that sounds a bit odd, then read the book and see!)

Johann Gerhard, Concerning the Holy Supper (A Comprehensive Explanation of Holy Baptism and the Lord’s Supper)

Concerning the Holy Supper is the second half of Gerhard’s Comprehensive Explanation, written in 1610, when Gerhard was just 27 years old. At over 250 pages in the section on the Lord’s Supper alone, this is indeed a comprehensive explanation! It’s thorough, easy to read, divided up into small chunks, and, unlike many Lutheran works, doesn’t confine itself only to the doctrine of the real presence. (The other half of the book, dealing as it does with infant baptism, doesn’t make it onto the list of favourites of this credo-baptist blogger, yet it still contains some gems of baptismal theology from which even we credo-baptists can benefit.)

(P.S. Honourable mentions in this category go to Martin Chemnitz, The Lord’s Supper and two works by Martin Luther, That These Words Still Stand and Confession Concerning Christ’s Supper.)

What can I say, I loved reading this! And here are two good reasons for all budding theologians out there to read John of Damascus: 1) He’s writing at the end of the Patristic period, so he draws on all the best of the (Eastern) Patristic tradition that’s gone before him, and 2) it’s essentially the earliest Systematic Theology we have. Yes, there are some problems with John of Damascus, but, particularly his sections on the Trinity and Christology in De Fide Orthodoxa are well worth reading and learning from.

David Courey, What Has Wittenberg to do with Azusa? and Chris Green, Toward A Pentecostal Theology of the Lord’s Supper

During the year I went back to Belgium for the first time since I’d left to take up a pastorate in England. So while I was there I spent a day at Continental Theological Seminary where I used to teach, meeting up with some old friends and meeting new members of the faculty who’d arrived since I’d left. One of those new members of the faculty is Dr David Courey, Dean of Graduate Studies at CTS, whom I had to meet after discovering that his doctoral research was on Pentecostalism and Luther’s theology of the cross. Thanks to David’s generosity, I got to read a copy of his newly published book shortly after, and it did not disappoint at all. Unfortunately the price is a bit steep for the typical Pentecostal pastor, but if you can get your hands on a copy in a library somewhere, make the most of it. (By the way, in reading Courey’s book, Apostolic readers will notice that many of the same historical problems which we lament as if they were unique to us were also problems for North American Pentecostals at around the same periods of history.)

Update: Thanks to Michael Buban who pointed out in the comments below that David Courey's original PhD dissertation (of which this book is the published form) is available to download for free online at http://hdl.handle.net/11375/15370 from McMaster University. So now price is no excuse not to read and benefit from this significant work!

My other choice of Pentecostal academic work this year is Chris Green’s Toward a Pentecostal Theology of the Lord’s Supper. I’ve already reviewed Chris’s book on the blog, so rather than write about it again, you can read that review here.

Simon Gathercole, Defending Substitution: An Essay on Atonement in Paul and Adam J. Johnson, Atonement: A Guide for the Perplexed

Simon Gathercole’s book is gold. Rather than write a big comprehensive book on Substitution in Paul, Gathercole (working on the principle that ‘a big book is a big evil’) focuses on two passages to demonstrate that Paul does indeed write of Christ’s death in substitutionary terms. At just over 100 pages, this book makes its important point clearly, concisely and (very importantly for a theological book) readably.

Johnson’s book is how much more academic theology should be written! It’s not only readable, but (for an academic book) rather enjoyable to read. Johnson eschews a models of Atonement approach and instead roots his work in the Trinity.

(P.S. Honourable mention in this category has to go to Michael Allen and Scott R. Swain, Reformed Catholicity: The Promise of Retrieval for Theology and Biblical Interpretation – a very needed corrective to false, yet prevalent ideas, of what Sola Scriptura is all about.)

T.N.Turnbull, Brothers in Arms and Samuel McKibben, The God of the Miraculous

Brothers in Arms is perhaps a cheat, as I’ve read it a few times before. But it has been rather a few years since the last time I read it in full, so I was coming to it with fresh eyes. I find reading these accounts of what God did among the early Apostolics hugely encouraging, inspiring and a great motivation to prayer.

Samuel McKibben’s book is another that has been sitting on my shelf waiting to be read for a while now. Just like Brothers in Arms, it’s full of encouraging stories of what God has done and of the power of the gospel in people’s lives and in churches. Only, unlike Brothers in Arms, these events happened a lot more recently, and sometimes involving people I know. In this centenary year, I hope people in the Apostolic Church will read of what God has done among us in the past and be encouraged to pray that He’d move among us in such ways again today.

Favourite book on the Christian life this year:

In preparing to do some teaching on prayer for the Bradford Area this year, I did as much reading as I could on the topic, from a wide spectrum of theological traditions. And as a result of all that reading, I have to say that Tim Keller’s book on Prayer is very good. I think its major strength is managing to combine into one book so many things that otherwise you’d have to go to quite a few different books to find. It wouldn’t be my first recommendation for a book on prayer (that would be Enjoy Your Prayer Life by Michael Reeves, which was on my 2014 list) and I wouldn’t recommend it to everyone, as it sometimes gets a bit complicated in going off on a few tangents. But overall, it’s a very helpful book and most people will find something useful in it.
Labels: books recommendations sacraments theology