On Falling From Grace (Part 2): Holding the Assurance and the Warnings Together 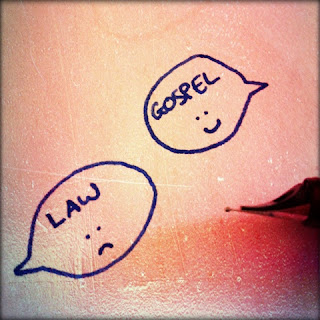 But how can we have such strong true assurance if the warnings are true warnings? Or how could the warnings be true warnings if our assurance is so certain? Surely the two can’t stand together! Well, that’s the way many evangelicals approach these texts. On the one hand Calvinists will hold onto the assurances and explain the warnings. On the other hand Arminians will hold onto the warnings and explain the assurances. Some Calvinists argue that the warnings are hypothetical; others that they’re aimed at people who’re in the church but aren’t really Christians. Some Arminians argue that the assurances are misread (either they’re prayers/hopes/rhetorical expressions of confidence in God, or not actually speaking to the subject); others that they’re to be taken conditionally.

But, although those are the common alternatives for reading these texts among British evangelicals, they aren’t the only ways they’ve historically been read by Protestants with a high view of Scripture. For, even back in the days when the Calvinists and Arminians started debating these things, there was another voice calling them to take both sets of texts at face value. And that voice was the Lutheran voice.

Now, Lutherans are almost non-existent in Britain. We’ve never had a strong Lutheran presence here. And so the Lutheran contribution is easily forgotten. Historically, British evangelicalism has been moulded by Calvinism, and so even the questions we traditionally ask are moulded by that Calvinistic outlook. So we set up dichotomies like true assurance or true warnings and a Lutheran just looks at us as if we’re mad, scratches his head, and says, ‘But the Bible gives both!’ (Incidentally, that explains why Lutherans often lump Calvinists and Arminians in together as ‘the Reformed’ even though we tend to think of Arminianism as the opposite of Reformed theology – for both work on the same set of questions. The fact that they both ask the same questions puts them closer together than you’d imagine.)

Now, you see, a Lutheran finds no problem with seeing both true assurance – you have been saved from your sins, justified, have eternal life, and will be raised up with Christ in glory on the last day, because Christ has died for you – and true warnings – beware of ‘an evil heart of unbelief in departing from the living God’ – because Lutherans tend to remember much better that God has spoken two words: His word of Law and His word of Gospel. So the Gospel says you have been saved, nothing can separate you from the love of Christ, nothing can take you out of His hand; while the Law reminds us that we can have no confidence or security in ourselves, and so sends us to flee to Christ our Saviour, in whom alone we can have true security.

The Law/Gospel distinction allows us to hold both sets of texts together and to believe with equal seriousness both the assurances and the warnings. Mueller puts it like this:


The warnings set forth in Holy Scripture against defection …, enforced by examples of temporary believers (Saul, Demas) do not militate against the blessed assurance of the Gospel that God will graciously keep the believer in faith to the end … but rather sustain it. These warnings belong to the Law and must not be used to nullify the Gospel promises. St Paul, though aware of the possibility of his becoming a castaway, 1 Cor. 9:27, was nevertheless fully persuaded of his perseverance, Rom. 8:38,39; 2 Tim. 4:7. God warns us against defection through the Law in order that we may beware of carnal security, which destroys the certainty of salvation, and cling to the Gospel, which bestows and nourishes the assurance of salvation. (John Theodore Mueller, Christian Dogmatics,p.439)

We’ll come back to the matter of assurance later in the series, but next we’re going to have a closer look at some of the warning texts and see what it actually means to fall from grace.