Here is water. What hinders me from being baptized?: On delayed baptism and theological presuppositions 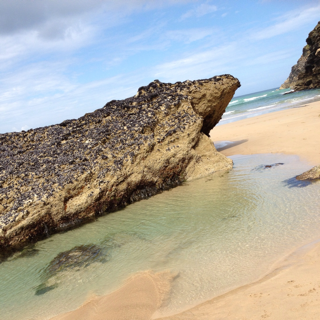 Baptism’s been on my mind a lot of late, for a variety of reasons. So that means I’ve found the discussions going on between Jonathan Leeman, Mark Jones, Andrew Wilson and Joe Rigney regarding children and baptism somewhat interesting (at times, also frustrating, but nevertheless interesting). My rather superficial and completely un-nuanced overview of the views expressed so far is that Leeman advocates neither baptising nor affirming a child’s profession of faith until adulthood (or thereabouts); Jones is a paedobaptist who worries that Leeman’s approach runs the risk of effectively telling true believers that they may well not be believers and so causing them to doubt their salvation; Rigney says go ahead and affirm their profession of faith, but don’t baptise until they’re ready to assume the responsibilities of adulthood; Wilson finds merit in Rigney’s position. (Rigney gives links to most of the relevant posts at the bottom of this article, except Wilson’s last post which came later.) (UPDATE: Here's Patrick Schreiner's different view to all of the above.)

Now, Wilson rightly recognises that non-Baptist credobaptists can’t just adopt all of Rigney’s reasoning . In a church governed by elders rather than the congregation (like a Newfrontiers church – the perspective Wilson writes from – or an Apostolic Church) being baptised doesn’t mean being qualified to rule the church. But Wilson can adopt the second part of Rigney’s argument – ‘they must be able to … be judged.’ As Wilson puts it:


We could express the principle this way: if you wouldn’t exercise church discipline over a person directly, but instead would go through their parents, then you shouldn’t baptise them. I think there’s a lot to be said for that.

So, differing theological presuppositions change the argument. Newfrontiers and Apostolic churches can’t simply borrow a Baptist approach to baptism, because our theology is different.

But it’s not just ecclesiology that shapes these arguments surrounding baptismal practice. It’s worth noting that the arguments for delaying baptism until adulthood come from outspokenly Calvinistic Baptists. Mark Dever, for example, advocates delaying baptism until a child has left home and/or assumed ‘adult responsibilities … with driving, employment, non-Christian friends [clearly Washington D.C. is in another world entirely!], voting, legality of marriage’ (in Schreiner and Wright, ed., Believer’s Baptism, p.348). Dever’s driving concern seems to be that of false professions of faith and a corresponding false assurance of salvation (p.347). Of course it has to be remembered that Dever lives in a very different culture to the UK; in the United States believer’s baptism is much more common and socially acceptable than here, so undoubtedly that leads to a different set of pastoral challenges. However, I suspect that both Dever’s Calvinism and his Southern Baptist approach to baptism as a mere ordinance significantly influence both his concern and his approach.

For a typical Southern Baptist, baptism ‘is an act of obedience symbolizing the believer's faith’ (Baptist Faith and Message, VII). Dever himself defines baptism as an act of obedience ‘as a confession of sin, a profession of faith in Christ, and a display of hope in the resurrection of the body’ (Dever, The Church, p.30) and argues that ‘among Baptists, baptism has never been treated as an essential conduit of God’s grace. Rather, they have regarded it as a command given to new believers and therefore the normal means for marking and celebrating their salvation’ (p.107).

A view of baptism as merely our act of obedience and public expression of our faith and a celebration of our salvation, makes baptism less than necessary. Coupled with a Calvinistic aversion to baptising someone who might later fall away, the ‘wait and see’ approach of Dever (and Leeman) makes logical sense.

But from an Apostolic perspective things look different. For we believe in ‘the possibility of falling from grace.’ Therefore, someone who’s been baptised later falling away, while still a very sad thing indeed, is less of a theological problem for our baptismal practice. Also, we confess that baptism is a ‘sacrament’, not an ordinance (Tenet 7). Baptism is ‘the outward and visible sign of an inward and spiritual experience’ (Guiding Principles, p.215). Any believer who hasn’t been baptised is ‘expected to be baptised at the first opportunity (Mark 16:16; Acts 8:12; 19:5)’ (Guiding Principles, p.214).

Does that mean I’m advocating baptising children at a young age? No, it doesn’t. I’m simply pointing out how the baptismal practices of different churches aren’t arbitrary, but are moulded by several other theological concerns.

As for the age of baptism, I have nothing to say, nor can I. For you see, this is a debate that just doesn’t have any place within the theological framework of an Apostolic pastor. ‘But, you’re a credo-baptist,’ you say, ‘so surely this is an issue!’ Well, no. Because, not only am I a credo-baptist, but I’m also not a congregationalist. So questions like that aren’t questions for the local church or the local pastor and elders to decide, they’re matters for the whole church.

At his ordination, every Apostolic pastor promises to uphold the ‘worship, discipline and government of the Church, promising always directly and indirectly to support and enhance these doctrines.’ Every elder promises that he will ‘uphold all decisions of the Church Council for the guidance, safety and future of the Church.’ So, when the government of the Church (through the May Council) has set an appropriate age below which baptisms should not take place (which, I think, is currently thirteen), it is the promised duty of every Apostolic pastor and elder to adhere to that decision. Otherwise we wouldn’t be men of our word. Over that age, we can discuss all we like (for the church doesn’t say baptism MUST take place at a particular age, only that they MUST NOT take place under a certain age). Under that age, all we can say is that the church has spoken. To say anything else would be to deny our ecclesiology, act as congregationalists, and break our ordination vows.

The whole discussion about baptism and young children makes perfect sense from a Baptist perspective. But the whole conversation is alien to an Apostolic approach. For, you see, there are all sorts of theological presuppositions which mould our varying baptismal practices.
Labels: Apostolic Church ecclesiology sacraments