On Falling From Grace (Part 1): Scriptural Assurance and Scriptural Warning 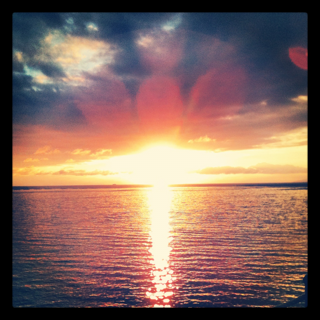 The Bible is explicit in the assurances it gives of salvation. Jesus Himself said that no one could ever snatch us out of His hand (John 10:28-30). Paul gives thanks to God, ‘being confident of this very thing, that He who has begun a good work in you will complete it until the day of Jesus Christ’ (Phil. 1:6). God ‘will also confirm [us] to the end, that [we] may be blameless in the day of our Lord Jesus Christ (1 Cor. 1:8). Peter writes that we’re ‘kept by the power of God through faith for salvation ready to be revealed in the last time’ (1 Peter 1:5). In fact, Paul even goes so far as to say:

I am persuaded that neither death nor life, nor angels nor principalities nor powers, nor things present nor things to come, nor height nor depth, nor any other created thing, shall be able to separate us from the love of God which is in Christ Jesus our Lord. (Rom. 8:38-39)

The Bible is also explicit in the warnings it gives about falling away from salvation. Jesus Himself tells us that it is ‘he who endures to the end [who] will be saved’ (Matthew 10:22; 24:13). Paul likewise gives us warnings: ‘Therefore let him who thinks he stands take heed lest he fall’ (1 Cor. 10:12).

And you, who once were alienated and enemies in your mind by wicked works, yet now He has reconciled in the body of His flesh through death, to present you holy, and blameless, and above reproach in His sight— if indeed you continue in the faith, grounded and steadfast, and are not moved away from the hope of the gospel which you heard (Col. 1:21-23).

James encourages us to go after those who ‘wander from the truth’ to turn them back, for ‘he who turns a sinner from the error of his way will save a soul from death and cover a multitude of sins’ (James 5:19-20). That sinner whose soul will be saved from death is one from ‘among’ us – a brother or sister in Christ.

For if, after they have escaped the pollutions of the world through the knowledge of the Lord and Saviour Jesus Christ, they are again entangled in them and overcome, the latter end is worse for them than the beginning. For it would have been better for them not to have known the way of righteousness, than having known it, to turn from the holy commandment delivered to them. (2 Peter 2:20-21)

He’s talking about people who knew ‘the Lord and Saviour Jesus Christ’, people who had been saved from the ‘pollutions of the world’ and have gone back to it, turning away from the righteousness they had in Christ.

It’s probably the writer to the Hebrews who gives us the most explicit, and well-known, warnings. We are to ‘beware … lest there be in any of you an evil heart of unbelief in departing from the living God’ (Heb. 3:12). You can’t depart from the living God unless you were with Him in the first place. We’re to ‘fear lest any of you seem to have come short of [His rest]’ (Heb. 4:1). Those who ‘have tasted the heavenly gift’ but ‘fall away … crucify again for themselves the Son of God, and put Him to an open shame’ (Heb. 6:4-6). And ‘if we sin wilfully after we have received the knowledge of the truth, there no longer remains a sacrifice for sins, but a certain fearful expectation of judgment’ for such sin would mean one had ‘trampled the Son of God underfoot, counted the blood of the covenant by which he was sanctified a common thing, and insulted the Spirit of grace’ (Heb. 10:26-29).

So, if we’ve got these strong assurances and we’ve also got these strong warnings, how do they fit together? Does one set of passages cancel the other out? – Surely not! For this is the Word of God. It is the Lord Himself who speaks each of these assurances, as well as each of these warnings, to us. So we have to take both sets of passages equally seriously. And to truly take them seriously, that means taking the assurances as true assurances, and taking the warnings as true warnings. We don’t try to explain either away; both are true.

Over the next several posts (D.V.) we’ll have a look at some of these Scriptures more closely and think about how and what it means to hold both hold both together: the true assurance and the true warnings.
Labels: Apostolic Church doctrine falling from grace salvation Tenets theology