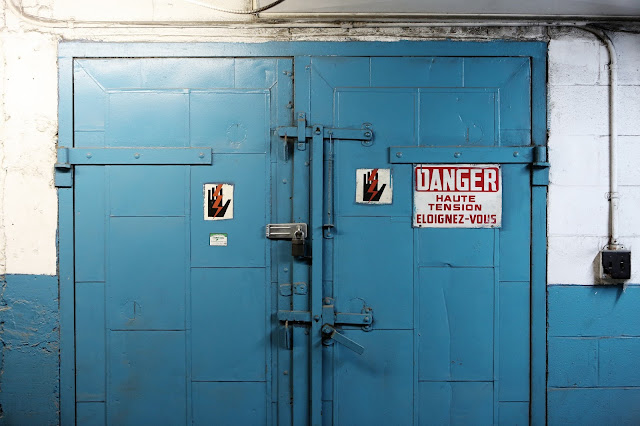 As a pastor, I am constantly bombarded with people telling me what the biggest issues the church needs to face today are. I get emails, phonecalls, even people turning up at church on Sundays, to invite me along to whatever the latest conference is to ‘equip’ me to deal with the latest pressing issue. As a churchman, I sit on committees set up to deal with various issues that the church does need to face or may need to face in the not-too-distant future, and get a steady stream of minutes through from other committees too. As a teacher, I spend a bit of time out in other assemblies preaching, teaching and answering questions, and get quite often other ministers come to me with questions that have come up in their assemblies too. And guess what? The issues that are coming up in the churches are nothing like the issues about which strangers try to pester me into going to their conferences.

So, how do the big issues coming up in the churches differ from those of the giant mega conferences and their imitators? Well the conferences that I get pestered about – perhaps you may have found your way onto a different sort of pestering list than I – tend to be to do with systems, programmes, management, and that all-pervasive yet nebulous term – ‘leadership’. Yet the issues, problems and questions which I see and hear about in real life churches have a much greater propensity to be theological in nature.

Of course, as a teacher, people are much more likely to ring me up about a theological issue than a management one. But I don’t think that’s the only thing in play here. You see, the average church member simply cares more about assurance of salvation (and things like that) than they do about the latest leadership theory. On top of that, the average Presbytery has probably had more leadership training than they could ever put into practive in a life-time, whereas many have never even had the most basic of theological training.

So, I’d like to hear from you too as to which issues you see coming up in real life in churches. Leave your observations in the comments – and say too which church circles you’re talking about (my own observations will be about my experience of UK Apostolic Church circles), as it would be interesting to see if different groups of churches are facing the same issues, or different ones.

So, having said all that, here are the things which I regularly encounter in some form and which I think are some of the biggest theological issues facing our churches today. Of course, a few caveats are in order. Firstly, these are the things that I encounter in my rather limited context – I’m a British Apostolic, but even within the UK, churches and the issues they face can be very different in some areas to others, and I’m only familiar with the scene in some areas of the country. Secondly, these are all issues in different ways: some are things that people regularly ask questions about, some are things that are subtly creeping in without question where perhaps questions should be raised.


· The nature of grace and salvation

Yep, this is quite a big and important question, and it seems to pop up everywhere (and probably has done throughout the whole of church history). Now, if you think this isn’t an issue, just think of this one example – what is the one question that seems to come up with great frequency in membership classes in every assembly in the country? It’s always about ‘the possibility of falling from grace.’ But the reason questions always come up about that tenet is because underlying them are questions about the nature of grace and salvation. These aren’t just things we can assume or take for granted.

Now, I don’t know of any Apostolic Church in the UK where such unbiblical nonsense would be taught (though I don’t know every assembly), but what I have observed is that, even in churches that clearly teach against such a false gospel, there are a lot of people who are absorbing a great deal of it during the week from ‘Christian’ television. And I’d even be concerned that some of our preachers are imbibing a sort of ‘prosperity lite’ notion, from some of the things I’ve heard about faith, healing, and success of late.

Definitely a huge issue, and the root of many others.

I think it’s safe to say that this one hasn’t gone away.

What? We’re Pentecostals, so how could cessationism be an issue in our churches? Maybe not full-blown cessationism, but what’s cropping up are questions about whether the Baptism in the Holy Spirit is for today and about the nature of prophecy.

· The Means of Grace

I rarely hear questions about the means of grace unless I’m teaching on them somewhere, but then there tend to be tons of questions. Yet, despite the infrequency with which we talk about Word and Sacrament, there does seem to be rather a wave of introducing subtle changes to both the ministry of the Word and the ministry of the Sacrament, which, whether we realise it consciously or not, have serious implications.

Alas, neonomianism is alive and well among us. And, like a multi-headed dragon, as soon as one head gets chopped off, it raises another ugly head elsewhere. (I suppose this really goes back to my first point on the nature of grace and salvation.)

A lot of people seem to be ending up with a weak, behavioural view of sin. I’m not sure if it’s because we’re teaching about sin a lot less, or if we’re just being less clear when we do. Perhaps (and this is complete speculation on my part), there may be less willingness to speak about Adam, and so then it would become much more difficult to speak about the imputation of the guilt of Adam’s sin or about being dead ‘in Adam’. (And once again, this is all tied very closely to the nature of grace and salvation.)

Issues in the wider evangelical world

There are some significant issues in the wider evangelical world that don’t seem to be having much of an effect on our churches (yet!) – at least, not in my experience.

· The New Perspective on Paul

I was really surprised last week to read a description of Tom Wright as ‘probably the most influential individual in the British church, [who] affects the way huge numbers of British Christians think about scripture.’ It might be true of the British church in general, but I have encountered very few Apostolics who have read or been in any way influenced by Wright. (They might be out there, but they’re certainly not up here in Yorkshire!)

Now, this may have been a bit of an issue in a certain red-brick building on the continent a few years ago, but they’ve had some staff changes since, and so I don’t know what the current state of affairs is. At any rate, it doesn’t seem to have had much impact on the UK Apostolic Church.

Again, I haven’t heard a single mention of this one.

Steve Chalke and some of his respondants might argue that there’s a crisis of confidence in Scripture in the pews, but I haven’t seen any evidence for it in Apostolic Churches.

So, what do you think? Is your experience the same or rather different? Leave your observations in the comments.
Labels: Apostolic Church church contemporary issues Pentecostal theology