Irenaeus on Revelation, Justification and Jesus 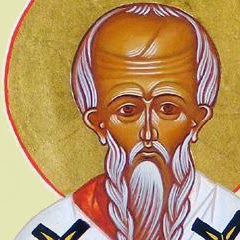 Since, therefore, Abraham was a prophet and saw in the Spirit the day of the Lord’s coming, and the dispensation of His suffering, through whom both he himself and all who, following the example of his faith, trust in God, should be saved, he rejoiced exceedingly. The Lord, therefore, was not unknown to Abraham, whose day he desired to see; nor, again, was the Lord’s Father, for he had learned from the Word of the Lord, and believed Him; wherefore it was accounted to him by the Lord for righteousness. For faith towards God justifies a man. (Irenaeus, Against Heresies, iv.v.5)