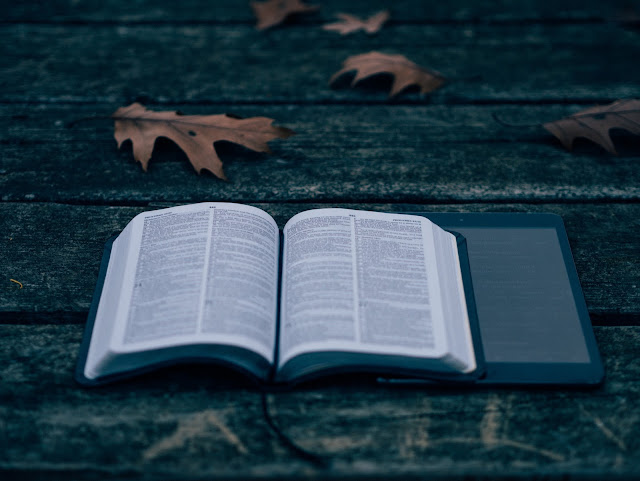 Steve Chalke is at it again. First it was the atonement, then biblical teaching on marriage, and now his chosen object of ‘clarification’ is the Bible itself. It isn’t really that much of a surprise after the other two, and particularly after the direction his article on marriage last year was heading with regard to the biblical text.

As in each of the previous controversies (for controversies is what they have been, and deliberately so – as Chalke puts it this time ‘I want to encourage a global discussion’), Chalke isn’t actually saying anything new. He’s not an innovative theologian coming along with fantastic proposals that everyone who has gone before has been too blind to see. No – everything he says has been said before, over and over again and for a very long time. It’s just that they’re not the things being said, promoted or advanced by evangelicals. Rather, they’re ideas which evangelical theologians and biblical scholars have been soundly refuting for generations.

When a theologian or biblical scholar has a proposal to test – when they want to ‘open up a discussion’ – there’s a way to do it. An article gets written for an academic journal. Before the article is published it must pass peer review to make sure it’s a credible argument and not nonsense. Then, if there’s anything worthwhile thinking about in the article, other scholars will respond. Eventually (having been helped to sharpen his proposals and deal with problems and weaknesses in the arguments by the various responses and conversations), the theologian might write a book (leading to a new round of responses).

That’s how Chalke would encourage a discussion of his ideas if he were a theologian coming up with new ideas. But he isn’t. And that’s not what he’s doing. Instead, Chalke’s concept of encouraging global discussion appears to mean using the rather large platform that he has to introduce controversy to evangelical churches. Hence, rather than an article in a theological journal, he starts off with a well-publicised paper on his website – promoted by abridged versions in Christian magazines and other websites – which he has already had translated into three other languages, accompanied by a video and two study guides (one written by Steve himself and the other prepared for small groups by Brian McLaren). Ironically, Chalke accuses those who don’t accept his ‘Scripture as Dialogue’ approach (which he describes as ‘a more authentic and gracious approach’ in contrast to ‘dogmatic methods’ – p.8) of being prone to ‘sowing discord and creating conflict that is dishonouring to Christ’ – yet sowing discord and creating conflict would appear to be exactly what he has set out to do! (But then again, throwing in a shot like that makes for a great defence the moment the biblical counter-arguments start coming his way.)

Actually, my intention isn’t to give a biblical counter-argument, for the simple reason that Chalke doesn’t actually make a real argument at all. All that he does in the article is say, I want us to have a global conversation and here are my terms for it. And so, rather than arguing his position, he simply asserts it. Alas, that rather short circuits the global conversation that he wanted to provoke, for while a conversation about what Scripture actually says about its own nature might have been possible, the sort of conversation Chalke is setting up refuses to appeal to any external authority (like what Scripture says about itself) and so instead descends into a mere ‘he says, but she says’ type of conversation. In other words, this is not a search for biblical truth on the nature of the Bible and how it should be understood, but simply a feelings based discussion about who we feel is right. Rather than ‘what does God say in Scripture’, it becomes simply who do I feel is right – Chalke or the evangelicals? In fact, Chalke explicitly tells us that we shouldn’t approach Scripture asking what God says:


Instead of beginning with the question ‘Why did God say this?’ it is more helpful to ask questions such as ‘Why did the author(s) find it important to tell this story?’, What were the events that were shaping their world?’, ‘What does this book/story/passage tell us about how the author(s) understood who they were?’ and ‘‘What does this book/story/passage tell us about their understanding of God at that time?’ (p.12)

Chalke very simply wants to dictate the terms of the conversation. And he insists that the conversation begin with his assertions rather than with any genuine argumentation or biblical investigation.

Is there a meaning in this text?


We do not believe that the Bible is ‘inerrant’ or ‘infallible’ in any popular understanding of these terms. The biblical texts are not a ‘divine monologue’, where the solitary voice of God dictates a flawless and unified declaration of his character and will to their writers. Nor are they simply a human presentation of and testimony to God. Rather, the Bible is most faithfully engaged as a collection of books written by fallible human beings whose work, at one and the same time, bears the hallmarks of the limitations and preconceptions of the times and the cultures they live in, but also of the transformational experience of their encounters with God. … As such we recognise that it contains various, sometimes harmonious, sometimes discordant, sometimes even contradictory voices, each of which contributes to the developing story of humanity’s moral and spiritual imagination which, through this conversation is challenged, stretched and constantly enlarged. (p.6)

For Chalke the Bible contradicts itself, so we definitely couldn’t appeal to it as truth. And furthermore, he asserts that ‘rather than ending with the finalisation of the canon, this dynamic conversation continues beyond it and involves all of those who give themselves to Christ’s on-going redemptive movement.’ (p.6). In other words, the same type of revelation that Scripture is, is on-going today, which would seem to make our present day discussions some sort of third testament! (But don’t worry, that’s not such a high claim on Chalke’s understanding of the two Testaments we already have, because it seem we can’t know which bits of those are right and which are wrong either!)

Given such views of Scripture and on-going revelation of truth (which may, in fact, be contrary to Scripture – p.7), Chalke ultimately has to locate meaning in the reader rather than the text of Scripture. In that way we end up with the error (and a serious and dangerous error at that, against which the Christian Church has constantly sought to stand firm) of trusting in an inner light, rather than the external Word. When we start to do that, then we have no higher authority than ourselves, and no greater argument than ‘Well, I think it means this!’

I’ll quickly skip over a few of the other issues in the article (such as the historical misrepresentations, and the denial of key evangelical doctrines like the Sufficiency of Scripture and Christ’s Once-for-all Redeeming work – see p.6 where Chalke instead writes of ‘Christ’s on-going redemptive movement’), and jump right into the issue of the identity of the Word.

The Word and the Word

Now, Chalke doesn’t want to completely evacuate the Scriptures of all meaning and authority (which is what would happen if he simply left it at – well, some bits are right and some aren’t and we just need to be involved in the dialogue). So he does leave us with some criteria by which we can approach the ongoing dialogue and make some sense of it.

So Chalke points us to Jesus Christ as ‘the full revelation of God’ (p.7). Now, here you might think I’d find some agreement with Chalke, after all, I’m always going on about how Christ is the Word of God and that He is the sum and substance of the written Word of Scripture – you know, that whole 3-fold Word thing. But Chalke doesn’t want to Christ Himself ‘our primary lens for all biblical interpretation’ (p.7), but rather the ‘example, character and teaching of Christ’. See what He does there? Not Christ our God who saves, not His Incarnation and His atonement, but merely His example, character and teaching. Chalke wants to keep our focus firmly on Christ our example, at the expense of Christ for us – Christ the moral man, rather than Christ our only Redeemer.

So what does that leave us with? Not a lot really. And Chalke sums it up himself in his last endnote:


Perhaps a sermon should be regarded as great – not because everyone in the congregation agrees with the preacher – but because, following its delivery, those present just can’t wait to talk about it; to discuss and debate it together, because the text around which it was built has captured their imagination and curiosity. (p.13)

What does he leave us with here? A Christianity without any Good News! Rather than bringing people Good News, by proclaiming Christ biblically, when such a low view of Scriptural truth prevails, the preacher is left to do no more than fire up people’s imaginations and start debates. Kyrie Elieson!
Labels: Bible contemporary issues hermeneutics Word