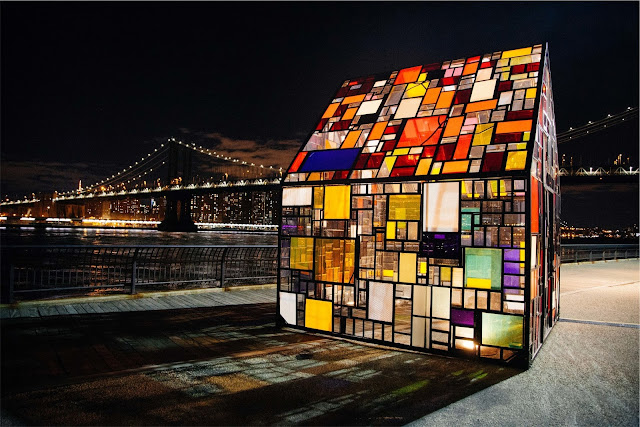 [Update: As many people find this page whilst looking for worship songs about the Trinity, here's a more up-to-date post which does give a variety of newer and older Trinitarian worship songs.]

Lester Ruth gave a lecture at the Institute for Christian Worship at Southern Baptist Theological Seminary examining the Trinitarian theology (or lack thereof) of contemporary Christian worship songs. The lecture lasts an hour, but is well worth a listen, particularly for those involved in leading worship, choosing songs, convening meetings, etc.

Of course, for the topic to have any relevance, we're taking for granted that Trinitarian content is a desirable thing in Christian worship. Ruth notes:

I think there’s a risk if we lose the Trinity in our worship content, including our songs, of perhaps idolatrous worship; worship aimed to a god that doesn’t even begin to match up with the fullness of His revelation; less than orthodox worship (orthodox meaning the right glorification of God); or another way of stating the question, do we end up with worship that is less than true to God? A different God to the one revealed in Scripture?

Demonstrating a general lack of Trinitarian content in the most popular modern worship songs in the United States between 1989 and 2004, Ruth then goes on to ask why this is the case. When he asked an official at Word publishing, he was told that it was because 'nobody cares'. Ruth goes on to note that the current priority in much of contemporary worship is a focus on feelings. As one industry executive said, ‘When listening to the songs for the first time, I try to turn off my brain and turn on my heart.’ This leads Ruth to suggest that what we are seeing is the emergence of a new type of liturgical mediation;

Instead of to the Father, through the Son, which is the classic Christian way of worshipping, I wonder if we’re actually talking about Christian worship that is to the Son through the music.

Anyway, its not all doom and gloom. Ruth is actually an advocate of contemporary worship music (although he notes that when you're as old as him you become an advocate of 'traditional' contemporary music!) and points to some signs of hope in the contemporary worship music scene. Since the end of his period of study (2004) an explicitly Trinitarian song has made it into the CCLI USA Top 25 List. (In fact, I've just looked at the current CCLI USA list and an explicitly Trinitarian song is currently number 1; the same song is number 20 on the UK list.) He also notes that there is now a growing awareness of having songs reviewed by theological conversation partners, although he also points out that this is much more the case for British song writers than for Americans. (I wonder if this is a cultural difference reflected by the differences between the CCLI British Top 25 and CCLI USA Top 25?)
Anyway, the lecture is well worth a listen, if only to make you think about the theological content of what we sing.