D.P. Williams on The Plan of God 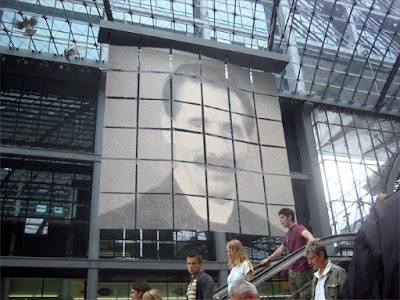 If D.P. Williams in French wasn't your cup of tea, perhaps you might prefer some D.P. Williams in English.
In this article from the Herald of Grace, D.P. Williams deals with some of the distinctives of Apostolic theology, namely God's Eternal Purpose and the Church. Williams notes that:

To God the plan of the Church is Divine and sacred, but man has lowered His ideals for His Church to a mere social community, a place of entertainment for the earthbound nature, and not a ‘Naos’ (the Holiest of all, for God to dwell therein in Eternal Glory).

Popular posts from this blog

October 08, 2014
One of the most curious events in all of Scripture is found in a single verse in 2 Kings 13. That chapter records the death of the prophet Elisha, and yet, there’s still one more story of Elisha here some time after his death. 2 Kings 13:21 tells us:
So it was, as they were burying a man, that suddenly they spied a band of raiders; and they put the man in the tomb of Elisha; and when the man was let down and touched the bones of Elisha, he revived and stood on his feet. Elisha was dead. And yet when a corpse was thrown into his tomb hastily in an attempt to hide from marauding bands of Moabites, the man came back to life simply by his corpse touching Elisha’s bones. Even as miracles go, that one’s quite impressive.

On the Church and On Sin: With a (former) Tory MP and a Catholic Priest

October 09, 2014
What with the Extraordinary Synod going on in Rome this week, the Roman Catholic Church has been in the news a bit of late. And as a result of all this pre-synod hype in the media, two Roman Catholics wrote two of the best articles I read last week. One was an article in the Catholic Herald by a priest. The other was an article in the Spectator by a former MP. You should read both of them. (But if you're not going to read both, then please at least read the second one!)

Now, maybe that seems a bit odd. I am, after all, both a Pentecostal pastor and an Ulster Protestant. And as such, I'm convinced that very significant aspects of Roman Catholic theology are seriously wrong. I still believe that justification by faith alone is the article on which the church stands or falls. But that doesn't mean we shouldn't read, and even learn from, Roman Catholics. Although we are justified by faith alone, it is by faith in Christ alone, not faith in the right formulation of the doc…
Continue Reading »

October 07, 2014
‘Not the Pentecostals! Watch out – they’ll be trying to get all your money.’
– The reaction when a new Christian told her Muslim uncle that she’d got saved and           started attending a Pentecostal church. ‘Hello, I’m calling from [“Christian” TV channel]. We have some great deals on advertising during our broadcasts and wondered if the church would be interested.’
– A phone call yesterday. ‘$11,150’
– the amount one American church is appealing to raise to produce a worship album $750 plus expenses
– an American amount recommended as a gift for visiting preachers ‘US pastors paid up to $300,000 - are Church of England vicars getting a raw deal?’
– recent Headline in Christian Today

£5.75 million
– the amount of money an evangelical church down south is trying to raise for               building improvements.$25,000
– the amount two American pastors are raising to produce a six minute teaching video Money has been on my mind a bit of late. Not my …
Continue Reading »