The Incarnation: One of the Trinity Suffered in the Flesh 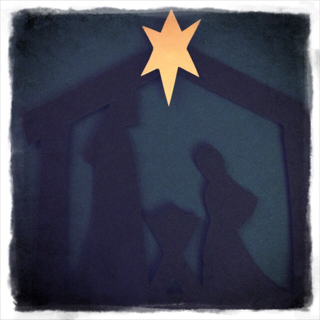 The latest song we’ve introduced in church is our Communion hymn for December. I wanted us to sing it because of how it links Bethlehem and Calvary. The body which we now take is the body which was ‘laid in manger yonder’ and which was ‘broken for our sake’. The Cross isn’t just a free-floating event which somehow brings us salvation, but rather it’s the Cross and Incarnation together; the Cross only saves because it is the Cross of the Incarnate God. And so we sing:


Bethlehem’s Incarnation, Calvary’s bitter Cross,
Wrought for us salvation by Your pain and loss.

The second verse of the hymn makes clear something that’s found in so many of the great hymns of Christmas – that it was God the Son who died on the Cross:

Or, in the famous words of the Scythian Monks ‘one of the Trinity suffered in the flesh.’ This statement of the Scythian Monks (who, for some reason, I always imagine as pirates – I think it must be because they had a terrible propensity for sailing around the Mediterranean on their theological adventures) caused a bit of controversy back when they first articulated it (which is actually what brought about a good bit of their pirate-like sailing around the Mediterranean), but eventually came to be recognised as a succinct phrase which summed up a whole lot of good theology – a simple phrase which articulates the doctrine of the Incarnation: ‘One of the Trinity suffered in the flesh.’

In fact, not only did this expression come to be widely recognised as a helpful summary, it actually came to be declared the official teaching of the Christian church at the 2nd Council of Constantinople. The 10th Canon of that Council states: ‘If anyone does not confess that our Lord Jesus Christ who was crucified in flesh is true God and Lord of glory and one of the holy Trinity, let him be anathema.’

What both the Council and the Scythian Monks were getting at is this: who is the one person of Jesus Christ? All orthodox Christians agreed that He was true God and true man in one person. But who is that one person? Is that one person the sum of a divine nature and a human nature? (I’ve written a few times before about a terribly unfortunate diagram like that which, alas, has had quite an influence on evangelical and Pentecostal thought about the Incarnation.) Or is that one person God the Son Himself, One of the Trinity? The answer: ‘One of the Trinity suffered in the flesh.’

Let me just quickly point to 3 important implications of this truth:

If Jesus were the sum of the divine nature of the Son plus human nature, then God would be hidden in Jesus. We’d never be quite sure if that was His deity or His humanity on display. And so Jesus couldn’t be the express image and revelation of the Father. We’d have no certainty that our God really is the Christ-like God.

So, there you go, three reasons why it’s so important to understand that ‘One of the Trinity suffered in the flesh.’ We mustn’t ever think of the one person of Jesus Christ as different from the person of God the Son. Instead we should rejoice in the fact that our God has united our humanity to himself forever and so we now have a man in the Trinity.

P.S. Here are the previous posts in this series on the Incarnation:
1. The Unassumed is the Unhealed
2. He became what we are so that we might become what He is.
3. Double Birth
Labels: Church Fathers doctrine incarnation revelation salvation theology Trinity