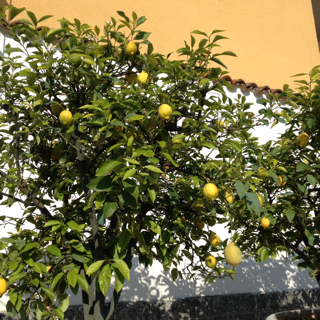 In Genesis 17, the Lord Jesus gives new names to Abram and Sarai. From now on they’re to be called Abraham and Sarah. He names them ‘Father of a Multitude’ and ‘Princess’, and yet there’s no evidence at that stage of those things being true. But Abraham is called to remember God’s covenant: ‘I will multiply you exceedingly!’ (Gen. 17:2). You see, Abraham’s new name is a declaration of the truth of God’s promise. Abraham’s new name is an assurance of God’s Gospel Word. Abraham will indeed be the Father of a Multitude and he’ll be the Father of the coming Saviour.

In fact, it’s because the Saviour, Christ the Lord, will be descended from him that he’ll be the Father of Many Nations (Gen.17:4). There are only two major nations descended from Abraham (and a few less significant tribes): the Israelites and the Ishmaelites. Yet God’s promise to Abraham is much greater than that. He’s to be the Father of Many Nations, not just a few. How? Through God’s Covenant. Through the Promised Saviour.

Christ is Abraham’s seed – and all those who are saved are IN Christ. So we’re IN the seed of Abraham. Through Jesus we are the sons and daughters of Abraham. And so Abraham will be a father not only to the Israelites and the Ishmaelites, but also to people from every tribe and tongue – to all those who belong to Jesus through faith.


Galatians 3:29 – And if you are Christ’s, then you are Abraham’s seed, and heirs according to the promise.

So, you see, this new name for Abraham was an assurance of the Good News that Jesus had already proclaimed to Abraham. It was a gracious, loving assurance of the good news of the coming of Jesus in whom Abram already trusted and through faith in whom he was already justified.

And Abram isn’t the only one who gets a new name. Sara is named a Princess. She’s a princess for all now, for ‘she shall be a mother of nations; kings of peoples shall be from her’ (Gen.17:16). Ultimately, she’s a Princess, because the King of Kings will be descended from her.

So again, this is Gospel assurance. And it’s also the assurance for Abraham and Sarah that the promised Saviour will come from Sarah’s line, not Hagar’s. Salvation comes from God’s grace and mercy, not from our human efforts!

So Abram and Sarai get new names from Jesus. And through these new names Jesus in His love gives them great gospel assurance of salvation.

Now, something similar happens to us when we’re saved. God speaks a new name over us as a loving assurance of the Good News of Jesus and what He’s done for us through His death and resurrection – of our great salvation in Him.

How? Maybe you’re wondering, thinking ‘Well, Jesus hasn’t come to speak to me face to face like He did with Abraham. Jesus hasn’t suddenly appeared and added a few letters or taken away a few letters from my name.’ So how has God given you a new name?

Well, the same way He does it for every new Christian. In the waters of baptism! Baptism is God’s Word to us. He speaks to us of the death & resurrection of Jesus. And He assures us of our union with Christ in His death and resurrection. He assures us that, just as surely as we feel those waters round us, so surely by faith we have died to sin in Christ, and been raised to newness of life in Him.

And, as He speaks that visible Gospel Word to us in baptism, at the same time He pronounces a new name over us. For what words are spoken in baptism? ‘In the name of the Father, and of the Son, and of the Holy Spirit!’ He speaks His name over you. That means you’ve been brought into His family. You’ve been brought into the very love and fellowship of the Triune God. Your identity is now found in Him.

So, just as Jesus giving Abraham a new name gave him the assurance that the good news really was for Him, so too, as the Triune Name is pronounced over you and the waters surround you, the Father, Son and Holy Spirit in love assure you that Christ’s death and resurrection really are for you, and that you really have been welcomed into the family of the Triune God.

And it’s the same for us today. The name of Christian isn’t a reward for living a wonderful Christian life. The name of saint isn’t given later if you somehow manage to live up to some impossible standard of holiness. The name of Father, Son and Holy Spirit isn’t pronounced over you on your deathbed if you’ve somehow shown yourself worthy. Not at all!

And, by the way, that means baptism isn’t something to put off until you’re more mature. Baptism is for the very beginning of the Christian life. It’s for all those who repent and believe: for all those who turn from their sin to Jesus.

If you’re trusting in Jesus, you ARE a Christian, you ARE a saint, you ARE a child of God. So now go and live in the light of that reality. It’s our new name which leads to our new way of life (not the other way round)!


[P.S. If you'd like to hear some more from Genesis 17, here's a sermon from last Sunday. And for even more on Abraham, have a look in the Genesis section of the Audio page.]
Labels: adoption Genesis justification Old Testament sacraments salvation