How you define God defines everything else 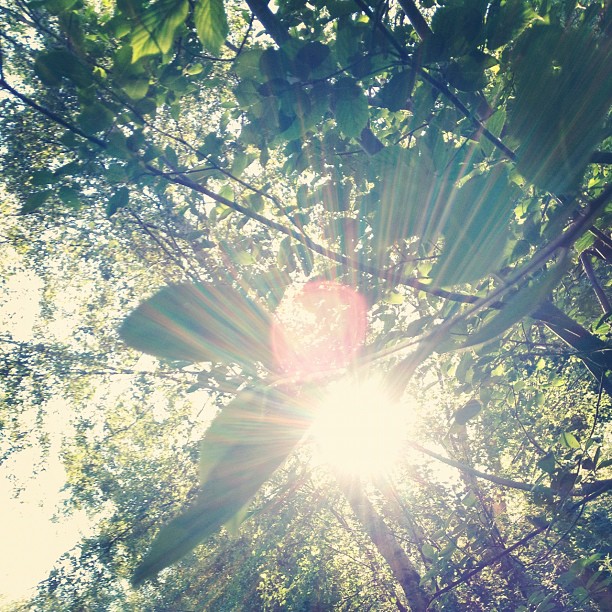 The other day I had reason to have a quick look on the internet to find out who a celebrated preacher (of whom, of course, I had never heard) was. After a quick look through his Twitter feed, I found a video of his preaching on Youtube. So I watched it.

Sometimes I wonder how the message I sometimes hear preached can differ so much from the message in which I trust. Is Christianity about success, excellence, and influence, or is it about death and resurrection? Is ministry about policy meetings with the Prime Minister or speaking the truth in love to the humblest of saints and sinners? Now, if you know me at all, I'm sure you realise that I don't write these questions as some sort of dilemma! But why do others seem to answer the questions so differently?

Anyway, this message of 'Look at the high-level policy meetings I'm in; you can be successful too if you just learn to dress well, speak properly and keep your legs together' (all very loosely tied rather tenuously to a Biblical text of course!) and so many others like it has been bothering me the past few days, but, being a bit occupied with some PhD work and May Council preparation, I hadn't really had time to think much about it. But it was there in the back of my mind.

Then last night I got to do some fun PhD work: reading some D.P. Williams. I was reading some things he'd written on the identity and nature of God. Pastor Dan wasn't at all ambiguous or unclear when it came to God's identity: He is the Triune God and can't be thought of in any other way. 'God is not a monad, isolated and alone, but exists in three Persons in the eternal essence', he writes. For Williams, the Father-Son relationship in the Spirit is 'the basic truth of the Christian faith'. And so 'the essence of the Triune God is love. They are one in essence because they are one in love.' And how is this Triune God known? 'The Son of God has always been the Revealer and the Mediator between God and man.' 'Jesus is the Son of the Father's love. God's love is not a sentiment, not an emotion: it is a Person ... a Man. That Man is Jesus.'

So there you go, for D.P. Williams, the identity of God, and the very foundation of the Christian faith, is that He is the Father who eternally loves His Son in the Spirit. And this God reveals Himself and His love to us only in the Person of His Son.

But what's all this got to do with bad preaching? Lots. Or perhaps nothing. Yes, lots and nothing at the same time. For you see, what struck me with both of these things floating around in my mind simultaneously was this: the preaching I was writing about at the beginning seems to rely on a completely different definition of who God is!

Now, I'm sure the people who preach such messages are fully signed up to Trinitarian confessions, but there's a big difference between saying 'of course I believe in the Trinity', and actually seeing God as Trinity — having this eternally loving Trinity as our functional understanding of who God is.

Now, for the most part, our functional understanding of who God is is something implicit and under the surface. But let me put it to you that those who preach messages of success, excellence, and influence — those who preach that you must enter into God's will of success for your life — are working on a completely different functional understanding of who God is. For the god who both wills (if we'll only do the right thing, of course) and demands success, excellence and influence is not the same God who, in His extravagant and overflowing love, sent His well-Beloved Son to take upon Himself our failure, our guilt, and our death, that we might be united to Him in His death and raised with Him to a new life — not a more successful version of the old life, for it's dead and buried, but a life of which we can say 'it is no longer I who live, but Christ lives in me' (Gal. 2:20).

The functional understanding of god in the messages of success, excellence and influence is not the Self-Giving Triune God of love. It is not the God who reveals Himself and His love to us in the Person of His Son. No; the functional understanding of God in such a message is the 'monad, isolated and alone' (whom D.P. Williams said God is not) whose chief characteristic is not love, but power.

Now, it's true that the Triune God of the Bible is almighty and sovereign. So He has power. But the Bible never defines Him as power, whereas it does say that He is love. Because He is the Triune God who eternally exists in loving reationship, His true power is a power exercised in love. It is the Lamb who was slain and lives who is at the centre of God's Throne (Rev. 7:17). The Father Almighty's sovereign power is exercised by the Son of His love. The power of the Triune God is a cross-shaped power.

But, if we pull God's sovereign power out of its cross-shape, if we separate it from Christ the Lamb at the centre of the Throne, if we forget that the power of God is the power of the Triune God, then we can only end up with a distorted view of His power.

And it's only in such a distorted view of His power (and of His nature), that we can end up turning the Triune God who overflows with love down to us into the Monad of power who wills and demands that we climb up to him.

You see, that's what happens in these messages of success, excellence and influence. In these messages "God" wills for us to succeed, etc. He demands it. But this god doesn't give, He only demands. If we do as we should (and, depending on who's spreading that message, that might mean speaking properly, dressing well and keeping our legs together, or it might mean double tithing, or perhaps perfect obedience, or maybe having a vision and carrying it out), then and only then will he grant the desired success. Only when we have found and fulfilled his will. Only when we have climbed up to him.

And even then, what does this Monad give? Things? Success? Prosperity? Influence? Only that which will rot away with time. Only that which cannot be stored up in heaven. Only that which even in this earthly life is fleeting. Nothing lasting. Nothing that will endure. Nothing which will stand on that final day. At the end of the day this powerful Monad still stands aloof — in D.P. Williams' words, 'isolated and alone'. He offers stuff, but never offers himself. And the only knowledge of his favour that he gives is found in the fleeting things that cannot last. You can't know this god. You can't have any assurance with this god.

Now contrast that with the true and living God — the Triune God of love. The Father overflows toward us in love, sending the Son of His love as the propitiation for our sins (1 John 4:8-10 — see there how God's very nature as love is tied so closely to the Incarnation and Atonement and how we see that God is love through Jesus dying as the propitiation for our sins). The initiative is His (1 John 4:10). He is not waiting for us to climb up to Him by discovering his will for our success and walking in it. No! He knows that we're not a success! He knows that we've failed. And yet He loves us, and comes in the Person of the Son to save us.  We don't climb up to Him; He stoops down to us and lifts us up.

But how does He lift us up? By taking us down. Down into death, and then up into resurrection. Down through the law and up with the gospel. Down in repentance and up in faith. Down in ourselves, and up into Jesus.

And then, raised up in Jesus, we know loving fellowship with the Triune God. He invites us into His life and His love. Unlike the powerful Monad who remains 'isolated and alone', the Triune God is never alone (after all, He is three Persons united in love from all eternity). But even beyond the fellowship of the three Triune Persons, He has chosen never to be alone, for He has chosen from all eternity to be God for us, and through Jesus, God with us.

So that means the true God — the Triune God, doesn't give mere stuff. No; He gives us Himself! And so we know Him, and that is eternal life (John 17:3).

So, you see, how we define God defines everything else. If we're simply thinking of Him in terms of "Power", then we de-personalise Him and rob Him of the loving fellowship that is at the core of who He really is. If we think of Him other than in terms of the Trinity, then we lose sight of Jesus as the Revelation of God and the only Mediator between God and man. And if we lose sight of that — if that's not right at the core of our concept of God — then how we relate to God becomes all about what we do.

Who God is determines everything else. So we need to know who our God is. And thankfully, He hasn't left us in the dark. We don't have to try to work out His identity or speculate about what He's like, for He has revealed Himself to us in the Person of the Son. Jesus is 'the express image of His person' (Heb. 1:3), and so our God is the God who is just like Jesus.
Labels: D.P. Williams gospel Jesus ministry random musings revelation Trinity z1