Psalm 3: The One who Lay Down and Slept 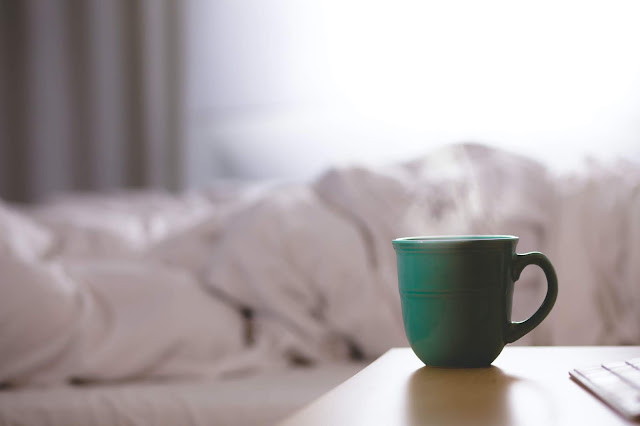 The words of Psalm 3 are the first words that pass my lips each morning. And the same has been true of many Christians all over the world for centuries. (In both the Eastern and Western churches, the Daily Office begins with this Psalm each day.) But why would so many Christians throughout the centuries start the day with words written by a king who reigned a thousand years before the birth of Christ, ‘when he fled from Absalom his son’? The title gives this Psalm a very specific historical context, so how can it have anything to do with us today, or with Jesus?

Well, the New Testament tells us that David, the Psalmist, was a prophet who foresaw Jesus’ day and spoke ‘concerning the resurrection of the Christ’ (Acts 2:31). David was the Lord’s Anointed, and so it was as the Anointed One that he wrote his Psalms, speaking prophetically in the voice of great David’s greater Son, the ultimate Anointed One, who, although descended from David would be David’s Lord. In His earthly life, Jesus would pray the words of David’s Psalms. But, the reality was that He had already prayed them through David the prophet.

So, what’s David’s flight from Absalom got to do with Jesus? Well, as Dietrich Bonhoeffer puts it, when it comes to the events of David’s life in the Psalms, ‘what happens to him happens to him for the sake of the one who is in him and who is said to proceed from him, namely Jesus Christ.’ Yes, these words were originally written in the time of David’s trouble, but they were not simply written about that trouble. The prophetic word of Psalm 3 reaches beyond that trouble to Christ and ultimately to all those who ‘dwell in safety’ in Him.

Sleep is something God doesn’t do (Psalm 121:4). The first time sleep is mentioned in the Bible is when God causes a deep sleep to fall on Adam, during which He takes out one of Adam’s ribs to form Eve (Gen. 2:21-22). So, the first time we encounter sleep, it involves bloodshed and life coming out of that bloodshed in the sleep.

So, sleep points us to death. But not just to death. It leads to the type of death out of which the Lord brings life, victory, and salvation. Sleep leads to waking up, and death leads to resurrection. Therefore, if this Psalm is about the One who ‘lay down and slept’ and then ‘awoke’, this Psalm must be about Jesus who died and rose again.

Having been heard by His Father, Jesus ‘lay down and slept’ in death, and then ‘awoke’ in resurrection victory (v.5). And so, in Him, we see indeed that ‘salvation belongs to the LORD’ and His ‘blessing is upon [His] people’ (v.8).

But, what about verses 6 and 7? They don’t quite seem to fit with how this Psalm maps onto the events of the death and resurrection of Christ. Why would Jesus be making the declaration ‘I will not be afraid’ (v.6) after His resurrection? Why would He be crying out ‘save me, O my God’ (v.7)?

To answer this question, let’s travel to a desert road leading to Damascus. Saul (later Paul) is on his way to arrest Christians, persecuting the church. But, when he encounters the risen and ascended Christ on that road, Jesus says to him: ‘Saul, Saul, why are you persecuting me?’ (Acts 9:4). There is such a unity between Christ and His people, that to persecute the Church is to persecute Christ. United to Christ and part of His Body, we are one with Him.

That’s why Augustine said that we need to see ‘the whole Christ – head and members’ in the Psalms. Christ the Head identifies with us His members in our suffering and our prayer, so that He takes our prayers upon His lips, and we cry out to God through His mouth.

So, yes, verses 5 and 6 might leave us scratching our heads if we’re trying to understand them about Jesus Himself, but they make perfect sense in light of the Totus Christus – the Whole Christ, Head and Body together.

As a result of the death and resurrection of Jesus, we who are united to Him can say ‘I will not be afraid’ (v.6) and call upon the Lord to ‘arise’ and ‘save’ (v.7).

And in that light, we can go back and read the whole Psalm again: having read it first as Christ’s words, now we can read it as the words of those who trust in Christ. In our troubles we can take the words of this Psalm upon our lips, knowing that the One who ‘lay down and slept’ and then ‘awoke’ for us, is our ‘shield’, our ‘glory’, and the lifter of our heads (v.3). With confidence we can cry to Lord with our voice, knowing that He will hear us ‘from His holy hill’ (v.4) – not only the ‘holy hill’ where He dwells (Ps 15:1; 24:3), but also the holy hill of the cross which we encountered in Psalm 2. In other words, our Father in heaven will hear us in the name of Jesus who died and rose for us. The cross is our access to the throne of grace.

And now, sleep can be sleep. Even in severe troubles and difficulties and can lie down and sleep. We don’t need to stay awake in fear. For the Lord hears us, and He will sustain us. Salvation belongs to Him and His blessing is on His people (v.8): the blessing that flows from Jesus, the Righteous Man (Ps 1:1) to ‘all those who put their trust in Him’ (Ps 2:12).

And here are the words of the Psalm, pointed for singing.
Labels: Old Testament Psalms