Learning From the Past: Christ-filled, Scripture-rooted Pentecostal Prayer 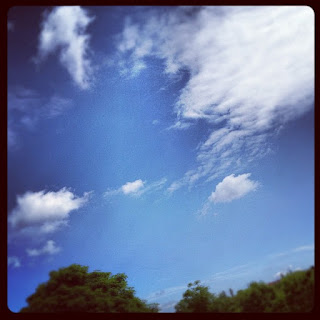 Pentecostalism may have a much shorter history than many other Christian traditions, but there’s still a lot we can learn from our past. Now, learning from the past doesn’t mean blindly copying it; it’s not a search for (or an attempt to recreate) a mythical golden age. Yet, as we look to the past, we can find rich things there which we’ve somehow forgotten or lost sight of along the way, and which we can learn from and reappropriate in a form that’s appropriate for today. Yes, sometimes the precise words used might need to be adapted or the style changed, but the substance can be something we’ve lost and would benefit from rediscovering.

Other traditions do the same thing. So, for example, when it comes to prayer, the new Reformed movement has rediscovered and readapted treasures from within the Puritan tradition like the Valley of Vision (published by the Banner of Truth) or Matthew Henry’s Method for Prayer (also printed as A Way to Pray). Not only have those books been reprinted and eagerly snapped up, but Matthew Henry’s method has been turned into a website which you can set to your preferred Bible translation and switch between corporate and individual prayer and the Valley of Vision has been adapted into a worship album by Sovereign Grace Music. The substance has been rediscovered and reappropriated, but the language, the form, and the style have all been adapted for the 21st century church.

We Pentecostals need to be doing more of this too. I tried to do a bit on Monday night while teaching on corporate prayer, and in hindsight I wish I’d been a bit more explicit and spent a bit more time going through it carefully, but I’ll try and do a bit of that now.

The example I took was this prayer (from the opening of a Penygroes Convention service probably about 40 years or so ago) by Ps Ian Macpherson which I had found on Youtube.

Now, immediately it’s clear that the style of British Pentecostal corporate prayer has changed rather a lot since then. At big conventions we don’t tend to hear people these days praying using ‘Thee’ and ‘Thou’ (although you do still hear it some prayers in some of the assemblies up here in Yorkshire!). It probably seems a lot slower and more formal than what’s typical nowadays.

But get past all that to the substance of the prayer. The congregation has been singing a four-line chorus at the beginning of the meeting:

And so Ps Macpherson picks up on that simple chorus in his opening prayer. And he prays on that theme right from the book of Genesis to the book of Revelation. He doesn’t just go to the obvious place in Ruth on which the chorus is based, but he prays from Ps. 61:4 – ‘He shall cover Thee’ – goes back from there to the coverings of animal skins which God provided for Adam and Eve after they had sinned, and to the blood sacrifice involved in that covering. He goes forward to Luke’s gospel and parable of the Prodigal son and how the Father covered his son with the best robe as he welcomed him back into the family. Then onward, to the white-robed multitude of the book of Revelation, robed in righteousness divine. He compares the righteousness with which we’re robed in Christ to Christ’s seamless garment, and prays a Christological understanding of 1 Peter 4:8. And onward he prays through the Scriptures, through the Passion narrative of the gospels, through Colossians 2:10, back to Genesis 1 and the hovering of the Spirit over the waters, and John 20 where Jesus breathes the Holy Spirit into his disciples. He looks to Ruth to praise Christ as our Kinsman Redeemer. Praying for the prophets, he looks to the Scriptures which speak of the prophets Elijah and Elisha in 2 Kings 2, but then prays on from there to Ephesians 4 to praise Christ as our Prophet greater than Elijah who has ascended on high for us ‘that He might fill all things.’ And on he prays, through Isaiah 6 and Ps 61:4.

This is an opening prayer, and so Ps Macpherson prays for the sort of things you’d expect in an opening prayer: for the preacher, for the convenor, for the prophets, for Christ to be glorified in the meeting. Yet, it’s also a richly biblical prayer: he prays from the Scriptures. (He also prays from at least 4 hymns in the Redemption Hymnal – which we all know is the sign of the anointing ;-) – Jesus Thy Blood and Righteousness, When I Survey, And Can it Be, and O God of Bethel).

Anyway, I think there a couple of reminders for us from this prayer from the past, and also a couple of things which we need to reappropriate.

Two Things this prayer reminds us:

There’s a danger in church services and conventions of turning prayer into something merely perfunctory and functional. At times perhaps there’s the temptation to use a prayer as a smooth transition from one part of the service to another. Or perhaps it’s simply the fact that we feel, functionally, that we need a prayer to open the service or close it. This prayer gives us an example of prayer which does indeed fulfil the function of opening the service and praying for the various participants, but which is in no way a merely functional prayer, but rather an entering into the presence of the Most Holy God who is our gracious Saviour. We must remember in our church services that prayer is the great privilege of speaking our heavenly Father, not a handy device to smooth out transitions!

2) Public Prayer teaches us to pray.

New Christians learn to pray as they hear prayer in church. Everything that’s done from the front of the church teaches in some way, and the same is true with public prayer. As people hear the prayers in church, they’re learning how to speak to God: what sort of things to pray for, how to pray for them, etc. Praying from the Scriptures and praying gospel-filled prayers, like Ps Macpherson did, gives a great role-model for prayer.

Two Things we need to reappropriate:

As Robert Murray M’Cheyne said, ‘Turn the Bible into prayer. … This is the best way of knowing the meaning of the Bible, and of learning to pray.’ And that was the pattern of the early church. In their prayer meeting in Acts 4, they prayed from Ps 146:6 and Ps 2:1-2. In Scripture, God is speaking to us, and so when we pray from the Scriptures, it’s not just a one-sided conversation (us coming to God with our list of requests), but rather we hear from Him in His Word and respond to Him by praying from His Word. (There’s a session on praying Scripture here from our recent Area Prayer teaching where I talk about this in a bit more detail.) I think praying Scripture is something we don’t talk too much about or see modelled an awful lot in public prayer these days in Pentecostal circles, yet it’s an incredible gift from God for prayer, that we might enjoy communion with Him by praying through His Word. So definitely, I think this is something we’d benefit from rediscovering.

2) Focus on Christ and Him Crucified

Particularly in Pentecostal and Charismatic circles, there can be a great temptation to focus on the power or authority of God in prayer. A few months ago I was in a big meeting somewhere where all the focus was on God’s power and God’s miracles, without a single mention of Christ’s incarnation or cross. Somehow a large group of Pentecostals/Charismatics managed to go through a whole service without noticing that they’d never once mentioned Jesus and His Blood – that they’d skipped straight from God’s almighty work of creation to present day miracles, leaving out the sinless life, atoning death, and triumphant resurrection of Jesus Christ! After the meeting I mentioned to another Pentecostal pastor who was there that the gospel hadn’t been mentioned in the meeting. ‘Oh, you just think of the gospel differently than I do’, he replied. ‘I just think creation and miracles today are part of the gospel too, so it doesn’t matter if the cross isn’t mentioned.’

That’s a far cry from the Pentecostalism represented by Ian Macpherson’s prayer. That prayer is full of the gospel – full of the blood of Jesus and of how we’re clothed with Christ for righteousness. Somehow British Pentecostalism (or at least some sections of it) seem to be drifting away from those gospel roots. So the most important thing we need to reappropriate from our past is the centrality and all-sufficiency of the blood of Jesus.
Labels: Apostolic Church Pentecostal prayer ressourcement